Coming after they opened up about their relationship. Nigerian celebrity actress and model, Rosy Meurer, has turned to God. 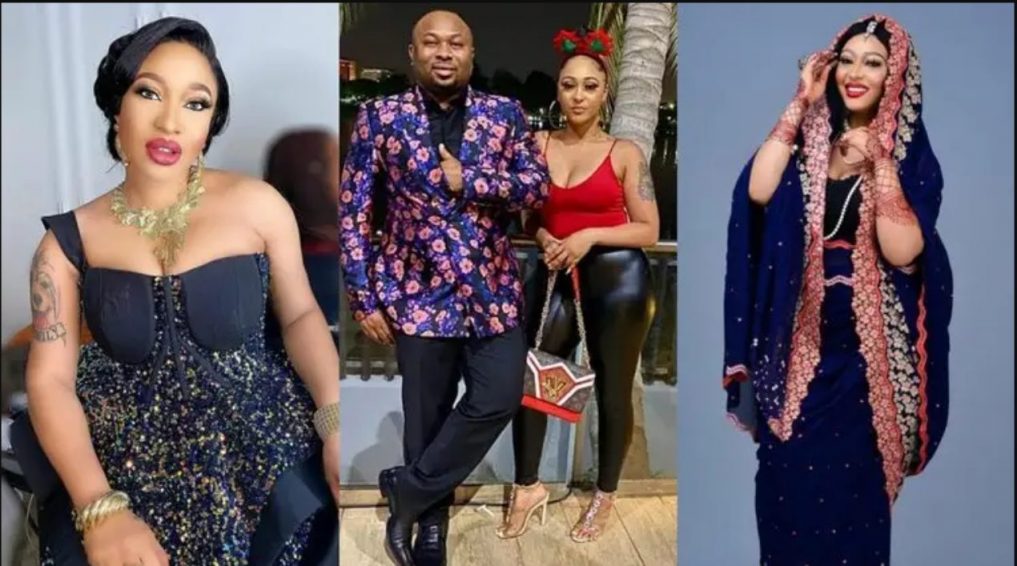 This comes after she was dragged by the mud for snatching her colleague, Tonto Dikeh‘s husband.

Glam Squad Magazine recalls that, Rossy was fingered and called a husband snatcher after Tonto parted ways with her husband, Olakunle Churchill.

According to reports, Tonto Dikeh and Rosy used to be best of friends before she (Tonto) married Churchill in 2015.

Shortly after she walked down the aisle with Churchill, Tonto began to accuse Rosy of interfering with her marriage. Tonto on several occasions called out Rosy for sleeping with her man, an accusation Rosy vehemently denied.

The two former besties eventually moved on with their lives, but news continued to make the rounds that Rosy Meurer was having an affair with Churchill, an allegation she denied every time it came up.

Stories however changed yesterday when Olakunle Churchill referred to Rosy Meurer as Mrs Churchill in his birthday message to her.

“A special sunrise, on this precious day, a great woman was born. During my hard times when depression would have taken the better part of me, you were my bedrock. When it was like the whole world was against me, you stood by me, even took some missiles because of me.

When I thought I lost it all, you encouraged me to hope on God that he will give me back all I have lost. Happy birthday Mrs Churchill. Age with grace, I have got your back 247 by the special grace of God.”

However, after Rosy and Churchill were dragged and called names by Nigerians on social media, Rosy took to social media to cry out to God for judgment.

Nigerians beg celebrity actress, Tonto Dikeh for forgiveness after her former husband did this...