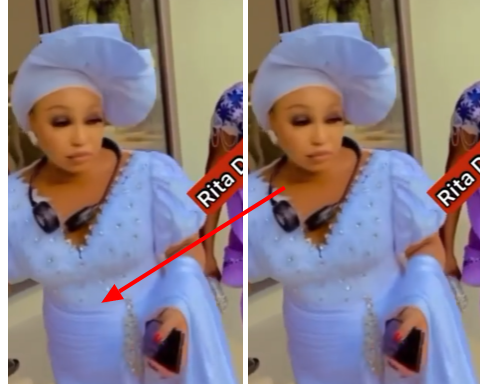 The Igbo born actress revealed her cute baby bump at her mother-in-law’s burial in Umueri, Anambra.

Glamsquad Magazine noted that some of her young colleagues, Chacha Eke, Queen Nwokoye, Destiny Etiko, Junior Pope and others, were also spotted with her at the event.

Congratulations to her and husband, Fidelis Anosike, Glamsquad Magazine wishes them well.

Rita Dominic is a Nollywood actress, producer, model, television personality, philanthropist, and co-founder of the Audrey Silva Company. She is recognized as one of Nollywood’s most hardworking actresses, as well as one of Nigeria’s highest paid actresses.

'Stop blaming the woman if there’s a delay in having babies' – Actress, Wumi Toriola cries out