American music couple, Rihanna and A$AP Rocky have welcomed their first child to the world, a baby boy.

The news which was reported by popular American blog, TMZ  stated that the power couple welcomed their son on May 13 in Los Angeles.

Read Also: Rihanna gets honoured with a statue at the Met Gala 2022 (photos, video)

Also, a nurse had reported that the singer had cleared the hospital to ensure privacy during the birth of her child.

“Rihanna about to have her baby at the hospital I’m working at they cleared everybody off the floor”. 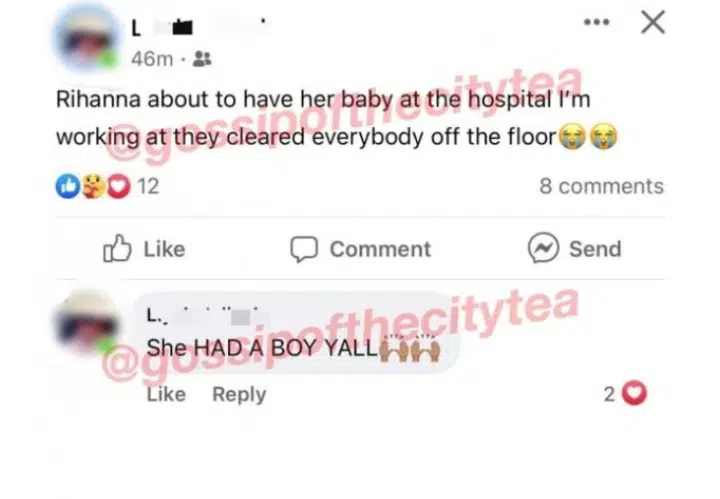 It would be recalled that Rihanna was honoured with a statue at the Met Gala museum.

The statue which showed a pregnant Rihanna was indeed eye catching as she took to her Instagram page to appreciate the Met Gala organizers.