Despite the failure of its AirPower project a few years back, Apple is said to be working on a multi-device charger for its products. According to a new Bloomberg story, Apple is working on a multi-device charger as well as short and long distance wireless charging technology to support its vision of a future in which all main devices “can charge one other.”

Bloomberg’s Mark Gurman reports in the latest issue of his Power On newsletter that Apple is still working on this multi-device charger. This would be distinct from the current MagSafe Duo, which is essentially two separate iPhone and Apple Watch chargers sewn together.

According to Gurman, Apple is also working on short and long distance wireless charging solutions. Unlike the existing inductive “wireless” charging technology, this type of technology is actually wireless. 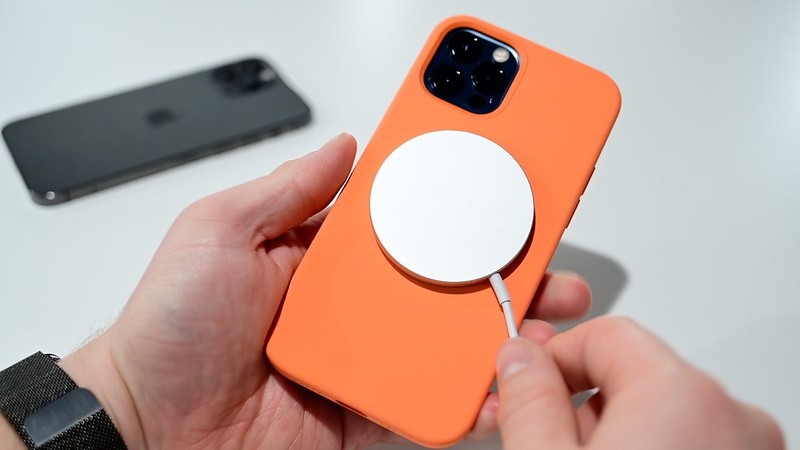 Furthermore, Gurman claims that Apple “imagines a future” in which all of its major products may charge each other. For example, an iPhone may ultimately be used to charge AirPods or an Apple Watch:

I do think Apple is still working on some sort of multi-device charger that it intends to eventually release. There’s a reason why it planned to launch the device in the first place in 2017. I also believe Apple is working on short and long distance wireless charging devices and that it imagines a future where all of Apple’s major devices can charge each other. Imagine an iPad charging an iPhone and then that iPhone charging AirPods or an Apple Watch.

For several years, so-called reverse wireless charging has been a rumored feature for the iPhone, but it has yet to materialize. In theory, this would allow customers to charge their AirPods or Apple Watch while on the road by placing them on the back of their iPhone.