Glam Squad Magazine earlier reported that Synagogue Church of all Nations, owned by Nigeria’s Prophet TB Joshua’s YouTube Channel with over 1.8 million subscribers was banned by the social media platform. 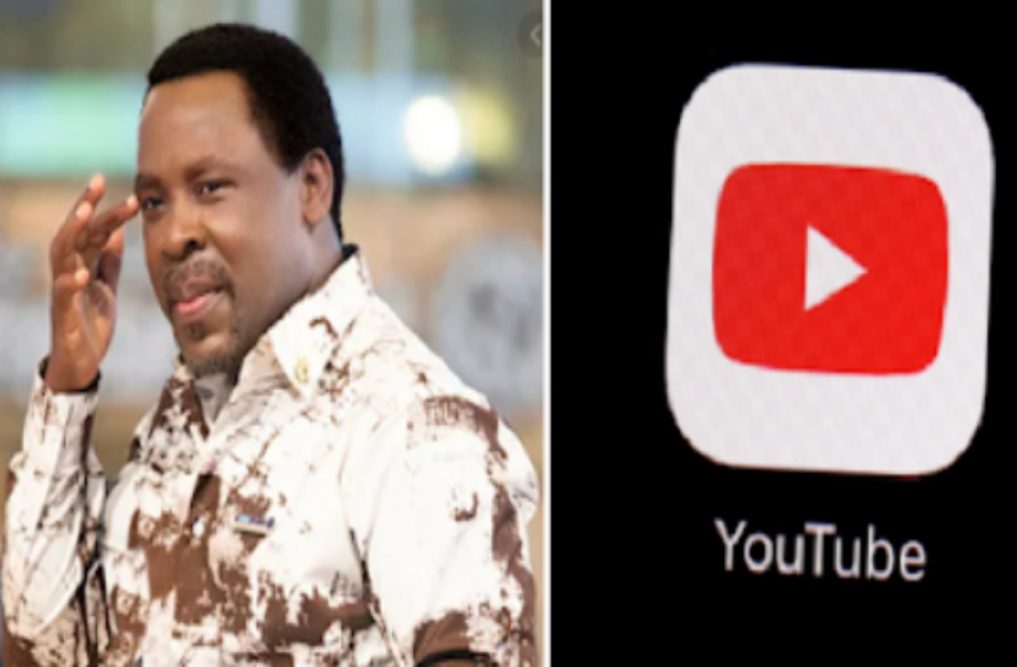 It was earlier reported that the channel was taken down for hate speech.

UK civil rights organisation, OpenDemocracy, is behind his ban from the social media platform.

It is said that T.B. Joshua’s claim that he could cure gays and lesbians of their s.e.xual orientation was what provoked the group to file a complaint to YouTube, accusing him of propagating hatred against the minority.

One of the videos is an update of a prayer session of a woman called Okoye, first broadcast in 2018.

In it TB Joshua slaps and pushes Okoye and an unnamed woman at least 16 times and tells Okoye: “There is a spirit disturbing you. She has transplanted herself into you. It is the spirit of woman,” openDemocracy reports.

The video which was viewed more than 1.5 million before the YouTube channel was taken down, later shows her testifying before the congregation that “the spirit of woman” had been destroying her life but she had been healed after the preacher’s prayers.

She declares that she had stopped having “affection” to women and “now I have affections for men”.

A YouTube spokesperson told openDemocracy that the channel had been closed because its policy “prohibits content which alleges that someone is mentally ill, diseased, or inferior because of their membership in a protected group including s.e.xual orientation”.

The preacher said he was appealing against YouTube’s decision.

According to BBC, Facebook has also removed at least one of the offending posts showing a woman being slapped while TB Joshua says he is casting out a “demonic spirit”.

How to style fashion’s hottest trend, the tennis skirt