Habeeb Okikiola, better known as Portable, has passed up a ‘Golden’ opportunity to perform as a guest artist at an event in Canada.

Portable, according to reports, uploaded a video on Instagram over the weekend declaring that he would no longer require the services of his manager, show promoter, and Disc Jockey, blaming them of not backing him enough.

Mc Morris, an event consultant and Brand Ambassador, reacted to Portable’s newest decision by canceling his performance at his concert in Canada later in May. 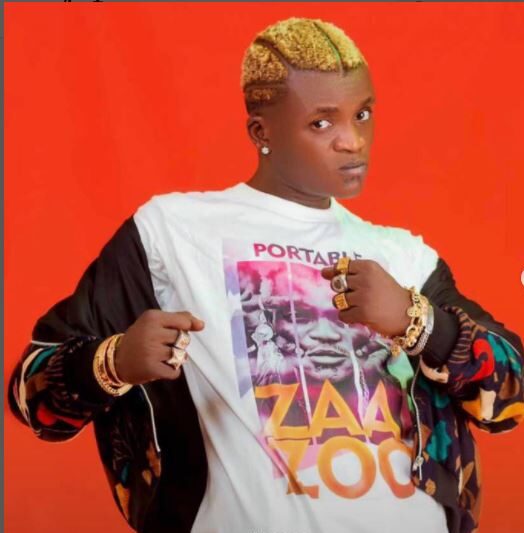 Morris stated that Portable hired two managers in less than a year, emphasizing that competence alone is insufficient. He went on to say that he had written to Canadian immigration to prevent Portable from entering the country using his invitation.

He wrote; “For those that are asking why i removed idamu adugboyin from my May 22 show. talent is not enough, a beautiful song without a beautiful attitude is a beautiful nonsense. Two managers in less than a year, even sack innocent DJ that his job na to play song and scratch shaka shake I cannot koshi mero am sorry.
All transaction cancelled and ijoba danku am sorry, no one should use my invite pls, i already wrote to immigration to deny the visa”.

Social media users have since reacted to this latest development, some reactions gathered:
sir_godric1: portable should be very careful, he is joking with his career

omoiyaosa_: it the “i cannot KOSHI MERO” for me

wendy_adamma: This portable sef no de even tire

yunginvestorworldwide: you use ur own hand spoil am, your body too da hot calm down

forme22: this portable guy might not be going far in this entertainment industry

iamdry_cash: Good for him, he’ll learn his lesson small