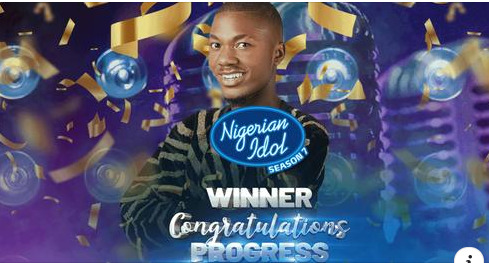 The Nigerian Idol season 7 has come to an end and Progress was crowned winner.

On Sunday, he was named the edition’s winner. In the show’s finale, Zadok and Progress were the two contestants. He will receive 30 million naira as the winner, as well as a brand new SUV, a recording contract, and other interesting prizes.
The show began with the top 12 participants from the preliminary round.

Banty was voted off the show last week, leaving Zadok and Progress to compete for the grand prize.