Priyanka Chopra wants you to know that she does, in fact, know how old her husband, Nick Jonas, is. Her Instagram followers seemed to think otherwise yesterday when the actress posted a caption saying Jonas was 27 years old instead of 26. (He will turn 27 on September 16, though.) To shut down the hubbub once and for all, both Chopra and Jonas cleared the air in the best way possible on the Internet: via meme.

Jonas first posted the photo, which features a comic book frame of Batman slapping Robin across the face. “She doesn’t know his [Nick’s] age,” Robin, representing the Internet, says. “It’s his birthday in two weeks … ,” the caped crusader, representing Chopra, responds with a dismissive face slap.

The Jonas Brother posted the graphic on his Instagram Story and wrote, “Haha 😂 @priyankachopra definitely knows my birthday everyone.” 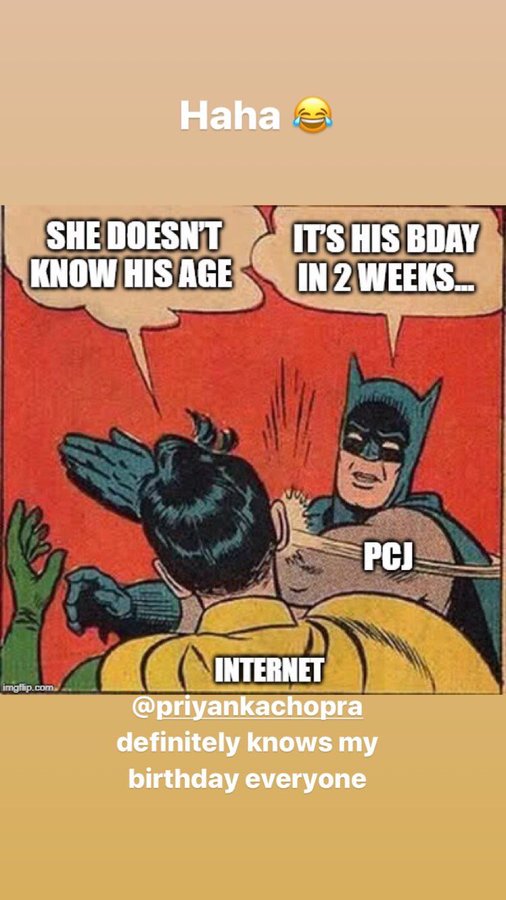 Chopra chimed in herself, reposting Jonas’s post onto her own story. “‘Nuff said! 🙌 @nickjonas,” she commented. 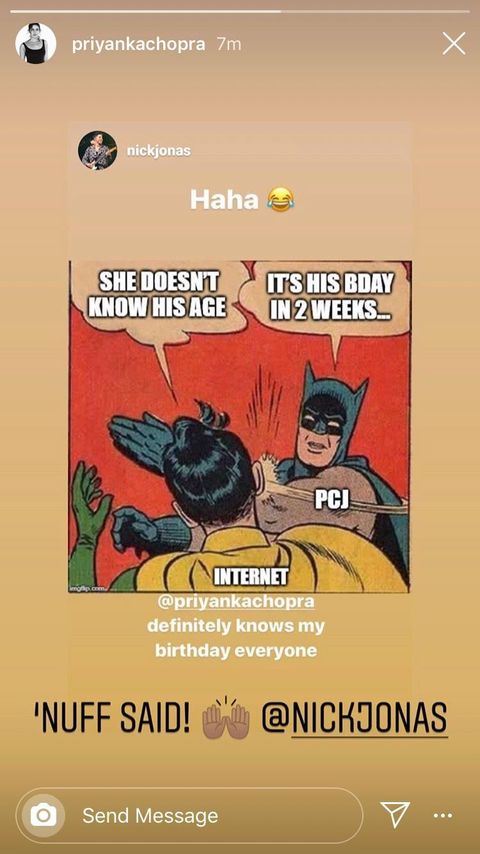 This is the latest of online jests between the Jonases, following Chopra’s silly Instagram of her husband’s awkward moment at the VMAs last week. After Nick attended the awards show solo as his brothers, Joe and Kevin, attended with their spouses, Chopra photoshopped herself into a scene with her hubby.

Chopra and Jonas, who married in December last year, have made a few joint appearances in the past week, including the launch of Jonas’s new tequila brand, Villa One (in partnership with John Varvatos), and the Jonas Brothers’ concert at New York’s Madison Square Garden over the weekend.

Polkadots Are Back! Priyanka Chopra, Ini Edo, More, Show How You Can Sport The Trend