Controversial Nigerian socialite, Mike Eze-Nwalie Nwogu, better known as Pretty Mike of Lagos joined Moet and Nicole on this new episode of “Spill the tea with the Abebes” to discuss about what women really want. 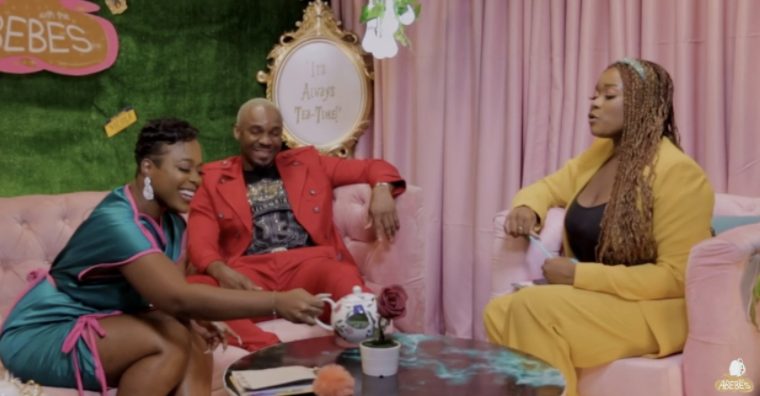 “…And he even calls himself “Pretty Mike Abebe”. This week is all about “What Women Really Want”…do you know? Do we (women) even know?? Watch Nicole & I chop it up with @prettymikelagos on this very interesting episode/topic. We spill a lot on the very controversial being “WOMEN”  ” The host wrote.

Pretty Mike is a Nigerian playboy who owns and operates Club Uno in Lagos. He enjoys flaunting his money, wearing tens of thousands of dollars’ worth of Gucci, Versace, and Dolce & Gabbana clothing and driving a fleet of supercars.

Pretty Mike recounts how lady forced baby on him