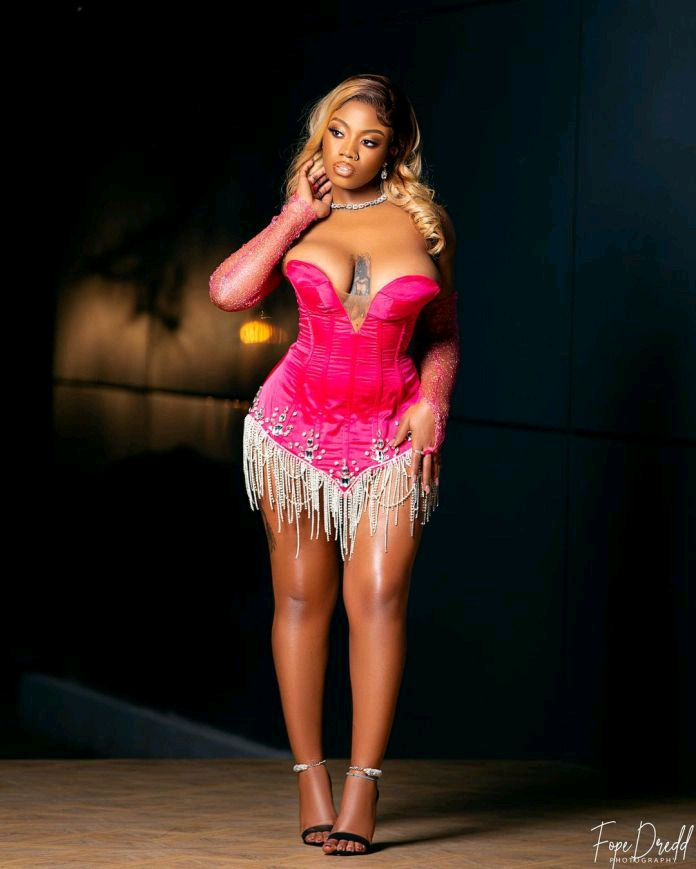 BBnaija star, Angel Smith has taken to her social media to flaunt wads of cash she got from an admire in the club.

The reality TV star who showed off the cash she got in the club alongside a caption;

“pretty privilege cause someone gave me this because am a fine girl”. 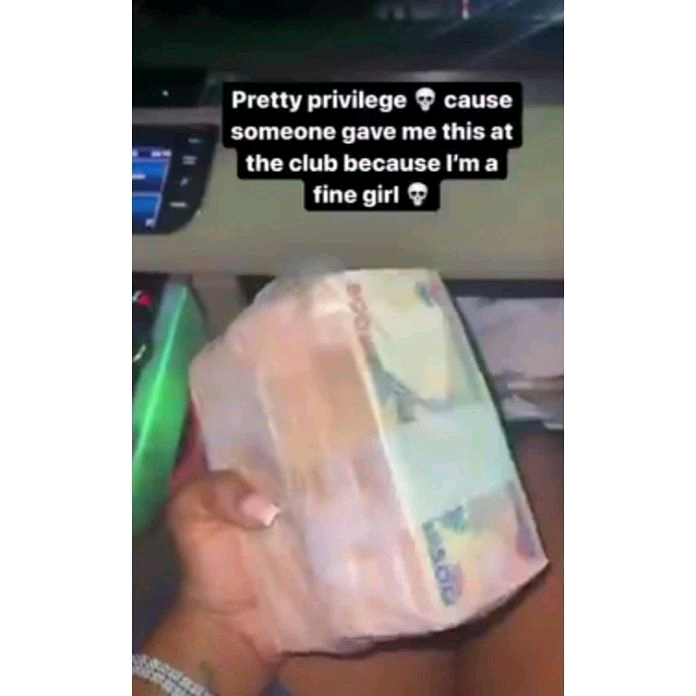 The reality TV star also made it known that she is always where the money is and will never be found where the broke sh*t is because she doesn’t do or deal with broke people. 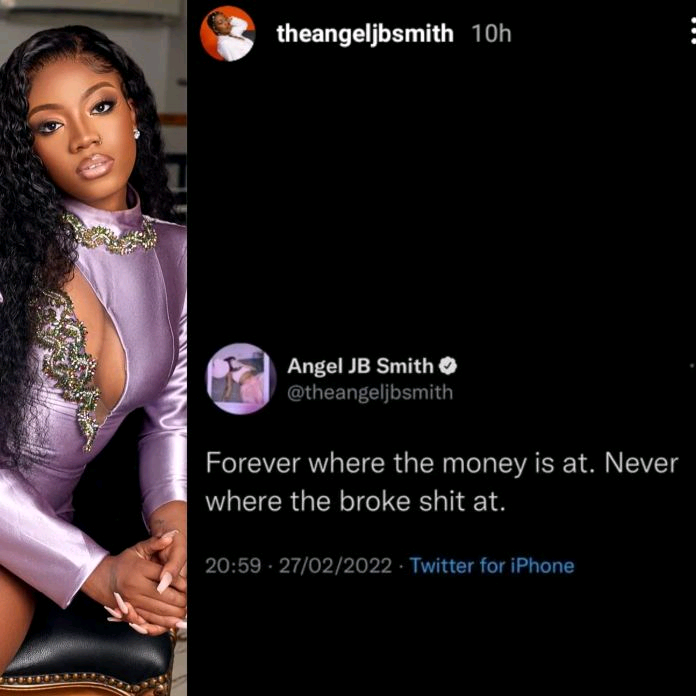 The BBNaija star is one shine ya eye star who has remained relevant and controversial because of the way she carries herself and the kind of life she has chosen to live.