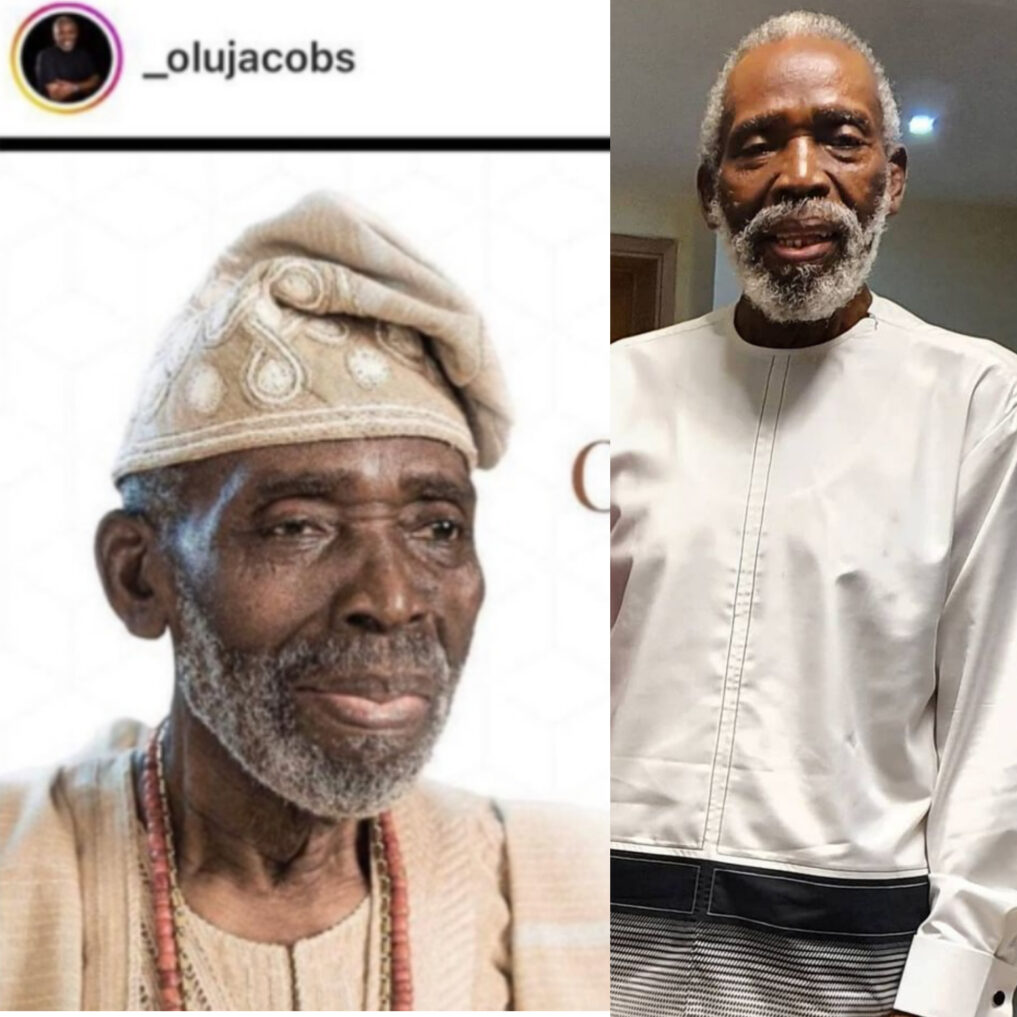 Buhari’s congratulatory message was contained in a statement signed by his Special Adviser on Media and Publicity, titled ‘President Buhari joins Nollywood in celebrating Olu Jacobs at 80. obtained by Glamsquad Magazine.

He praised Jacobs’ rare skills at interpreting roles and ability to transmit messages to the understanding of various audiences. He also hailed him for his influence and for setting a standard of professionalism in the industry.

“The President felicitates with the Jacobs’ family, including the wife, also a renowned thespian, Joke Silva, and their friends on the auspicious occasion, which calls for thanksgiving for God’s care, guidance and protection.

“President Buhari affirms the influence of the veteran actor on the film industry, setting a standard of professionalism that has attracted global recognition and awards, like the Lifetime Achievement Award conferred on him in 2016 by African Movie Academy Awards.”

“As the actor turns 80, the President noted that Jacob’s ingenious ability to interpret roles, simplify complex issues and bring messages to the understanding of both young and old, levelling cultural, ethnic and religious barriers to become a household name all over the country and beyond.

“Largely stereotyped as a father and voice of wisdom in most movies, President Buhari believes Olu Jacobs’ natural tendency to counsel, inspire and instruct easily earned him the roles, while appreciating his foresight in winning many into the profession and guiding them to stardom.

“The President, therefore, prayed that the Almighty God will grant him better health, longer life and steadfastness in service to the Arts, God, and humanity.

R. Kelly Is Engaged To One Of His S*x Victims, Jocelyn Savage, See Details