While over 400,000 people have been infected with Covid-19, Africa is still far from the high case numbers that have been recorded internationally. Despite this, the lockdown period has impacted local economies and pushed the fashion industry to learn how to reinvent itself in order to meet the needs of customers.

Omoyemi Akerele, founder of Lagos Fashion Week, organized a live debate on Youtube with other fashion professionals to speculate fashion’s future on the African continent. “Being able to get together to discuss the future of fashion in Africa was a very important action. It had to be done before even thinking of relaunching production or creating new collections. Usually we have this kind of conversation between us, but I think that this time it was essential to bring this debate to the public and invite everyone to think about it,” she explained to FashionUnited. For this debate, Akerele invited four women involved in the evolution of fashion in Africa: Adama N’Diaye, founder of Dakar Fashion Week, Lucilla Booyzen, CEO of South African Fashion Week, Gloria Wavamunno, who launched the Kampala Fashion Week and Claudia Lumor, founder of Glitz Africa Magazine. 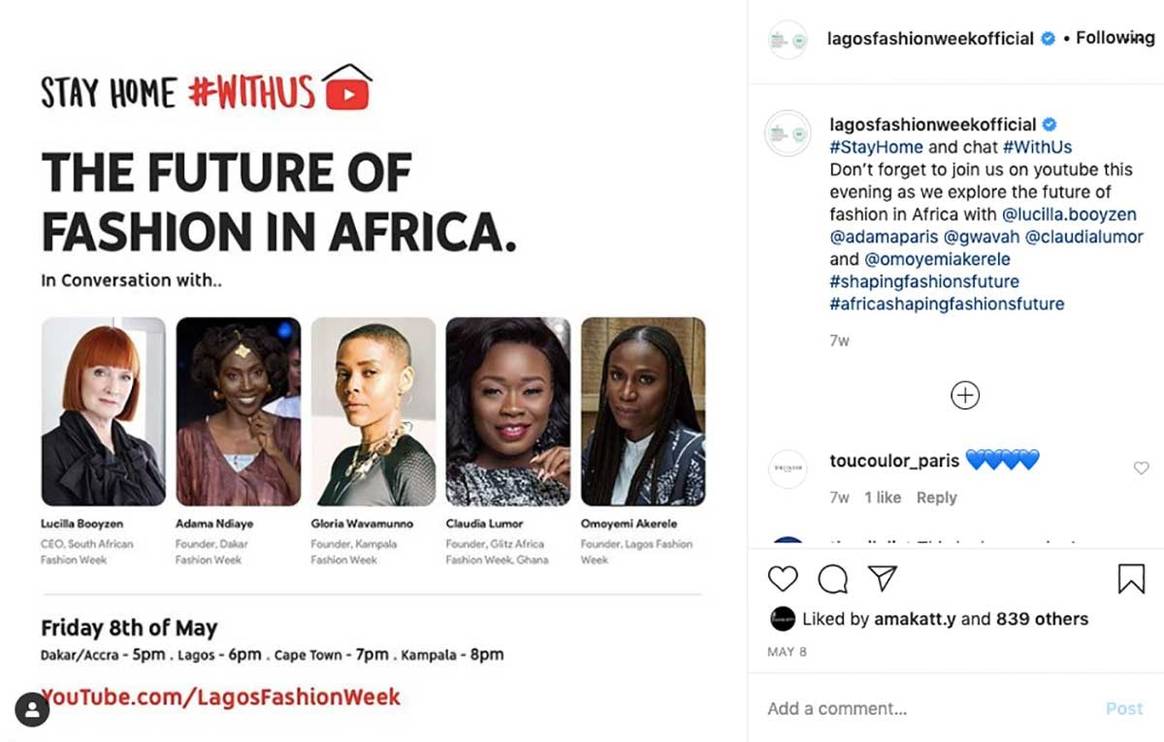 According to these professionals, the strength of Africa’s fashion will be brought about by the different events organized on the continent. “This season, we are only talking about community, collaboration, creation and this is important for the future of fashion on the continent. Since last year, I have been thinking about launching an international conference and talking about what fashion should entail. My goal is to show that the future of the industry is in our hands. We must work, individually and collectively, to build it. So it was very important for me to find a way to bring the players in the sector together in one place to discuss this. Following the pandemic, we launched discussions live on Youtube. The ambition is to have a collective platform for African fashion,” said Akerele.

Towards the creation of an “African Fashion Council”?

The fashion professionals that gathered during this Youtube broadcast agreed on one main idea: The future of fashion depends on exchange, collaboration and knowledge sharing. This project could be realized through the creation of an “African Fashion Council”, as suggested by Adama N’Diaye during the live event. The aim would be to connect designers and specialists from all over the continent. Despite differences in culture and languages, Akerele believes that this is the next step in the evolution of African fashion: “We must work together! If we have to do it through a common organization, let’s do it. We have to be able to come together and make it happen. Collaboration between different forces can help build a network of fashion companies, which can have an impact on African economies by creating change, knowledge, development, skills and jobs. Working together is the opportunity to develop an African market,” she said.

The impact of going digital

From the very first day of the lockdown period, industry professionals have increased their presence on social networks, as it was one of the only effective ways to continue communicating with the general public. In Africa, as everywhere else in the world, the use of Instagram, Facebook and websites has become essential. Brands and designers share their new creations, some of them organize live debates or playful and original activities. But on May 22, 2020, the use of social networks by fashion designers took on another dimension, when 29 year old Congolese designer Hanifa Mvuemba broadcasted a 3D fashion show on her Instagram account. This decision proved to be a feat acclaimed by the public and by the biggest international magazines. “Doing 3D shows on social media is undoubtedly the future of fashion! I loved to see these virtual models but beyond the aesthetic, she took me on a trip to the Congo with her. I was touched by the story that was told,” said Akerele enthusiastically. 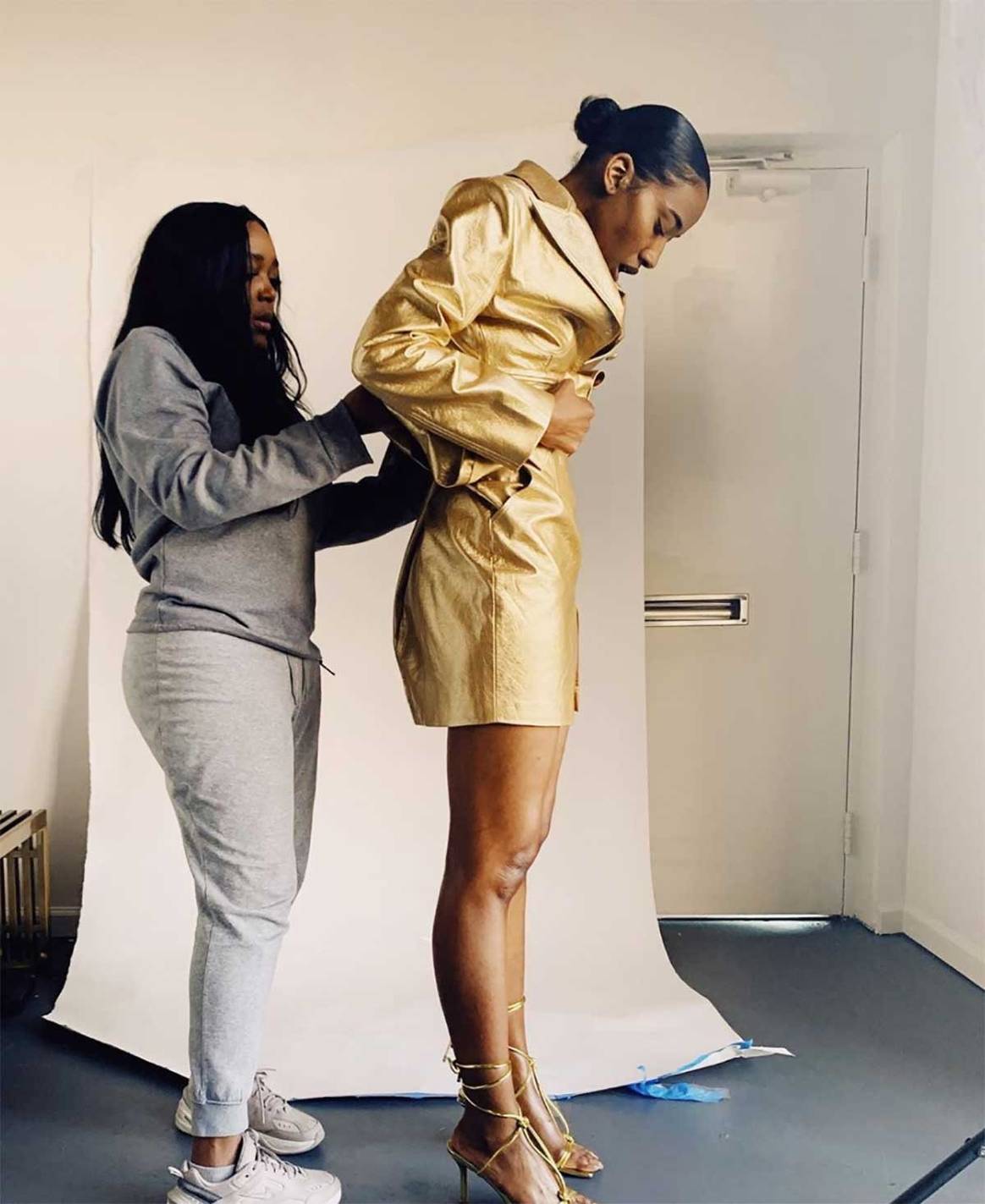 This opinion was shared by Anna Touré, CEO of the fashion agency Anna Touré PR: “This fashion show inspires me enormously! The crisis has at least allowed everyone to understand that organizing a digital fashion show is a good idea and that it does not prevent you from seeing the beauty of a piece of clothing.” For her, the future of fashion is digital and a niche in which her company has quickly positioned itself: “As soon as we launched the agency, going digital was very important to us, even though we didn’t neglect physical encounters or the most traditional ways of presenting collections. We made this choice firstly because we mainly work with new brands that don’t necessarily have the budget to organize a fashion show or presentation.”

In addition to the financial aspect, this choice is also an opportunity to reach a wider audience: “Integrating going digital into our strategy has also made it possible to reach customers all over the world, both in Germany and in China! We mainly represent African-based designers and also from the diaspora, so this international aspect also adds value.” This has been a strategic choice that proved beneficial, even during the lockdown period: “Even if events were postponed, we did not stand still and continued to be digitally active. With our brands, we have worked on crisis strategies and post-covid preparation. The period was also very satisfactory for some brands such as for Karidja & Khadija’s earrings. The brand has been selling very well in-store since its launch in 2018 but it has never sold as much online as it has since lockdown started!” 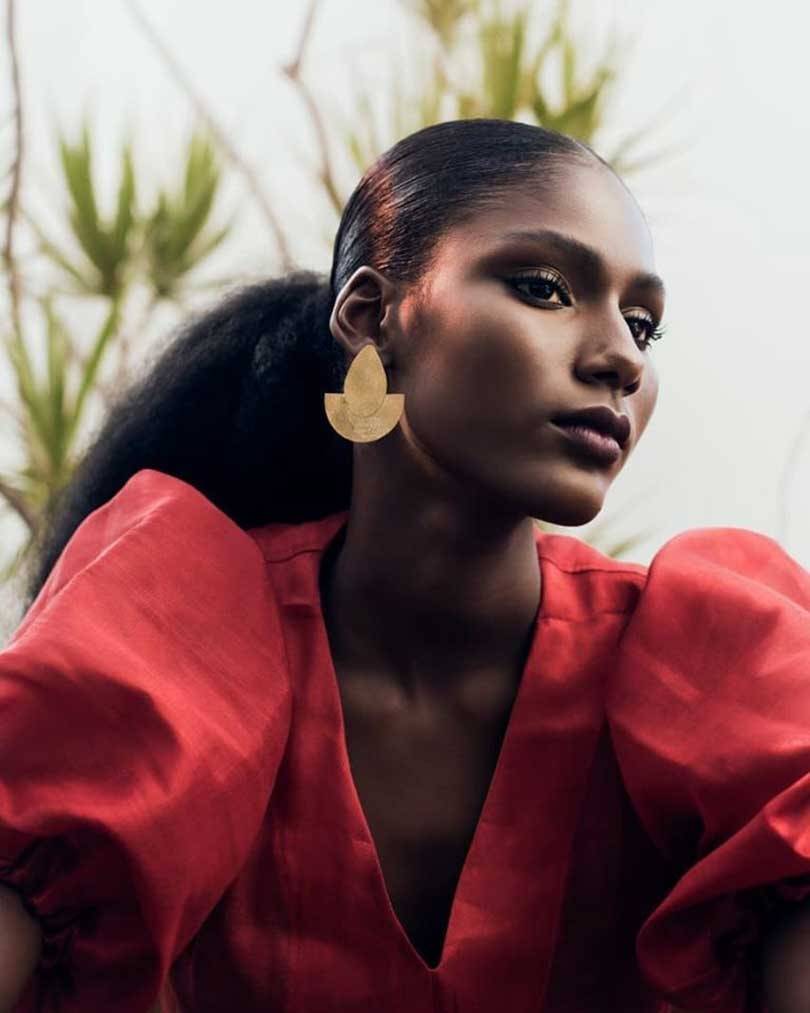 A Spotlight Into The Ivorian Fashion Industry

What to expect from New York Fashion Week?