According to CNET, PlayStation may be looking to cater to mobile gamers in the near future.

Sony has submitted a patent for the new controller, which has a left and right side grip portion as well as a shaft portion that users may tilt, according to the application.

Aside from the description, there are drawings of the mobile Sony PlayStation controller included. Many people may recognize it because it resembles a DualShock 4 controller—but with a screen in the centre.

The patent was published by Sony Interactive Entertainment’s Japanese division, according to the original story from Video Games Chronicle.

If the device is genuine, it might be marketed for playing PlayStation games via the Remote Play function or perhaps Sony’s cloud gaming service.

Some users, however, may notice a difficulty with purchasing a new Sony PlayStation controller for mobile gaming. This is due to the fact that many PS controllers are already compatible with smartphones and tablets through Bluetooth.

Many industry analysts may not be surprised by this decision, given the company’s efforts to carve out its own niche in the mobile gaming sector.

It was revealed early this year by IGN that Sony was looking for a Head of Mobile. SIE president Jim Ryan has also stated that their first-party PlayStation IPs might adapt well to mobile gaming and potentially complement their AAA products.

According to Eurogamer, Ryan reiterated his stance on Sony PlayStation’s mobile gaming expansion, adding that it’s only one of the areas they want to investigate in order to reach millions of players who don’t own consoles.

At A Glance: PlayStation’s Mobile Expansion

Sony said in May that it intends to release numerous first-party titles for Apple and Android devices later this year. According to reports, these games included famous, historic PlayStation properties like “God of War,” “Uncharted,” and “Gran Turismo.”

However, as the year comes to a close, these titles are nowhere to be seen on mobile gaming platforms.

Sony has not acknowledged or disputed the existence of the rumored mobile PlayStation controller as of yet. When it does arrive, though, it will provide gamers with another another high-end hardware choice for playing their favorite mobile games.

The Explosive Growth of Mobile Gaming

Sony’s decision to enter the smartphone gaming sector is a wonderful commercial move, especially given how much the industry has developed in recent years.

According to BusinessOfApps, 2020 saw a significant increase in mobile gaming, owing largely to how the epidemic kept many people at home. 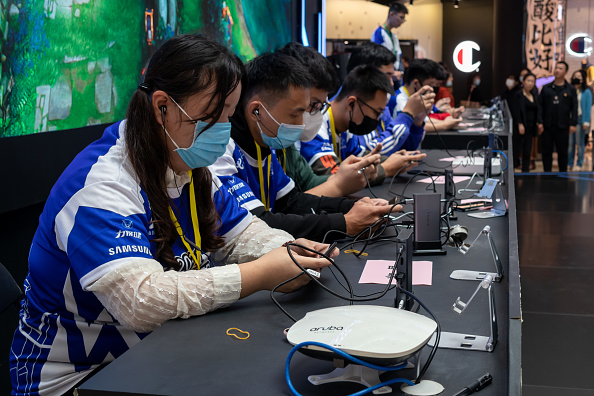 As a result, the sector earned $77.2 billion in revenue, with its overall player base expanding by 12%.

Asia appears to be the most important segment of the mobile gaming market, notably in Southeast Asia. Mobile eSports games such as “PUBG: Mobile” and “Mobile Legends” are predicted to contribute significantly to the $72.5 million in revenue projected for 2024.

Things could get even more intriguing for smartphone players around the world if Sony releases a specialized mobile gaming controller.