Jessica Leidolph, a model has been left with horrific injuries after being mauled by a leopard during a photoshoot that went horribly wrong.

GLAMSQUADMAGAZINE gathered that the 36-year-old model reportedly entered the big cats’ enclosure at a retirement home for animals in the city of Nebra, Germany, on August 24. Troja, a 16-year-old leopard, suddenly lashed out and bit her cheek, ear, and head.

According to Dailystar, Jessica lost consciousness and was airlifted to the hospital, where she underwent surgery and was left with permanent scarring.

After false reports that the predator escaped and was on the loose, Burgenland District spokesperson Steven Muller-Uhrig said: “The animal never broke out. There is currently no danger to the population.” 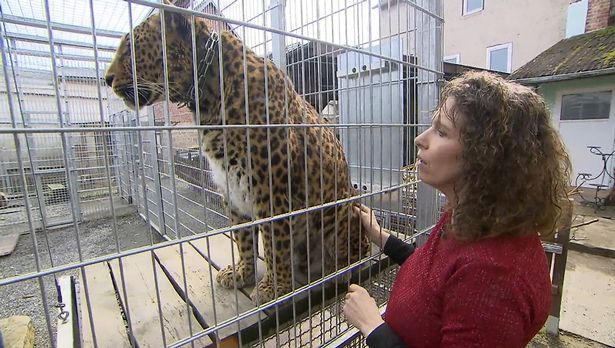 The police are investigating who else was present at the photoshoot and what safety precautions were taken.

A Burgenlandkreis district spokesperson revealed that keeping leopards does not require a permit in Saxony-Anhalt and said: “It is not legally limited by the state.

Owner of the big cats, Birgit Stache, 48, who has worked as an animal trainer for 20 years and holds a legal license to keep the animals, is currently being investigated for negligent bodily harm along with other people responsible for the animals on the farm.

The authorities are considering taking away Stache’s license for the retirement home for show animals.

A Happy Birthday To Bolanle Olukanni