Babatunde Omidina, popularly known as Baba Suwe, a veteran comic actor, has been laid to rest on Thursday, in Lagos state.

The veteran actor was committed to mother earth around 11:05 a.m., Glamsquad Magazine learnt.

Many well-wishers and supporters could not hold back their tears as they gathered at Baba Suwe’s home to express their condolences.

Meanwhile, a little disagreement between Islamic clerics and the late Nollywood actor’s family has led the burial of the famed comedy actor to be postponed.

Glamsquad Magazine reports that Baba Suwe was laid to rest on Thursday in his Ikorodu residence in Lagos state. 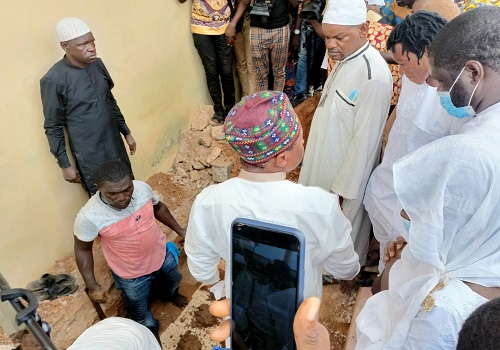 A cleric who spoke to reporters, Sheikh Ahamad Olanrewaju Alfulanny, expressed his unhappiness with the family’s and other well-wishers’ un-Islamic actions.

In Islam, a dead person is normally buried within a few hours after being confirmed dead, he said.

Despite the fact that Baba Suwe was a celebrity Islam till his death, he declared that he did not allow for superfluous jamborees during graves. 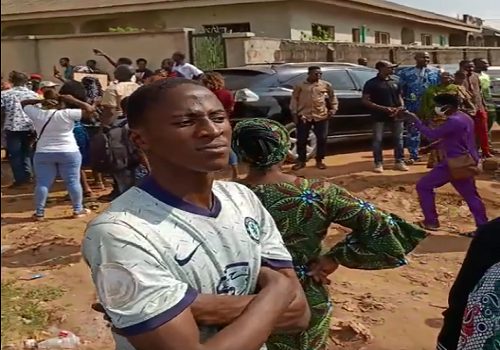 He said, “There are so many things that they are doing, that are un-Islamic, they put his body in a casket, some other well-wishers even said they want to take his body round, but the family has told us they won’t bury him with his body inside the casket.”

Well-wishers, sympathisers were unhappy over the decision but the clerics said the family has agreed to abide by the Islamic practice.