Kim Kardashian may not be an Olympic athlete, but she is going to be a part of Team USA for the Tokyo Games.

The 40-year-old Keeping Up With The Kardashians star and business mogul has made another accomplishment in her career, as she revealed on Monday June 28, that her label has been made Team USA’s official loungewear for Tokyo Olympics in Japan.

The brand, which launched in September 2019, sells bras, underwear, shapewear and various loungewear items including sweatpants, leggings and t-shirts.

She would be designing the official undergarments, pajamas, and loungewear for Team USA ahead of the Summer Games.

In a lengthy Instagram post, she spoke about her love of the Olympics from her upbringing and how her relationship with stepfather Caitlyn Jenner, a retired Olympic gold medal-winning decathlete, gave her positive feelings toward the collaboration. 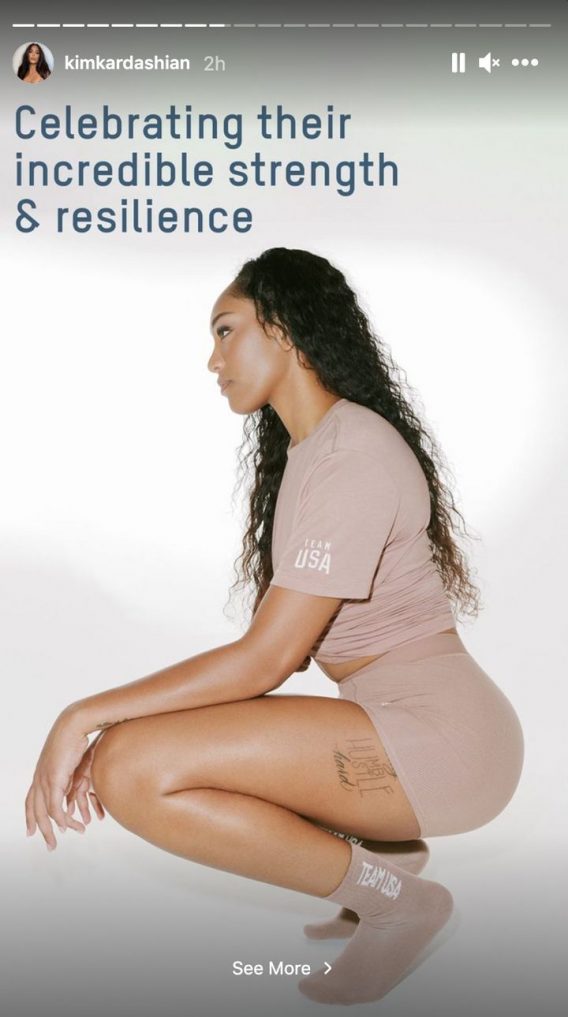 Kardashian wrote: “Ever since I was 10 years old, I’ve heard every single detail about the Olympics from my stepdad. As I would watch the athletes compete, I would grow to understand the dedication and honor being a part of the Olympics embodied,” she wrote. “I traveled w my stepdad and family to all different cities for the Olympic trials, the Olympics and track meets of @caitlynjenner’s and at every stop I would buy an Olympic t-shirt as a souvenir.”

She went on to say that when she “received the call inviting Skims to be a part of @TeamUSA, every moment I’ve spent admiring the strength and energy of the Olympians from the sidelines came full circle.” 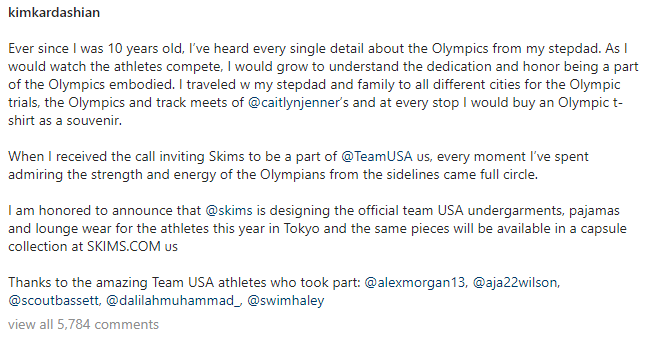