Nollywood actress, Destiny Etiko has added a new ride to her fleet of cars following her birthday celebration.

The actress, who turned 33 on Friday, 12th August took to her Instagram story to share the good news with her fans. She acquired a Lexus S70 worth millions of nairas.

Read Also: Will Smith and Jada Pinkett spotted together for the first time since Oscar slap

The curvy actress was over overwhelmed by the outpour of love she received on her birthday.

Her colleagues in the industry such as Mercy Johnson, Zubby Michael, Queen Nwokoye, Jerry Williams and others beautifully surprised her at her elaborate birthday bash.

Glamsquad recalls that weeks back, Etiko brought her mother to tears with her surprise gift to her.

In a video shared on her Instagram page, Etiko’s mum was shocked as she sighted the new car.

She said her mother’s birthday gift arrived late but she is excited that her mother is extremely happy.

Giving thanks to God, her mother rained prayers on her.

See pictures of the new car below, 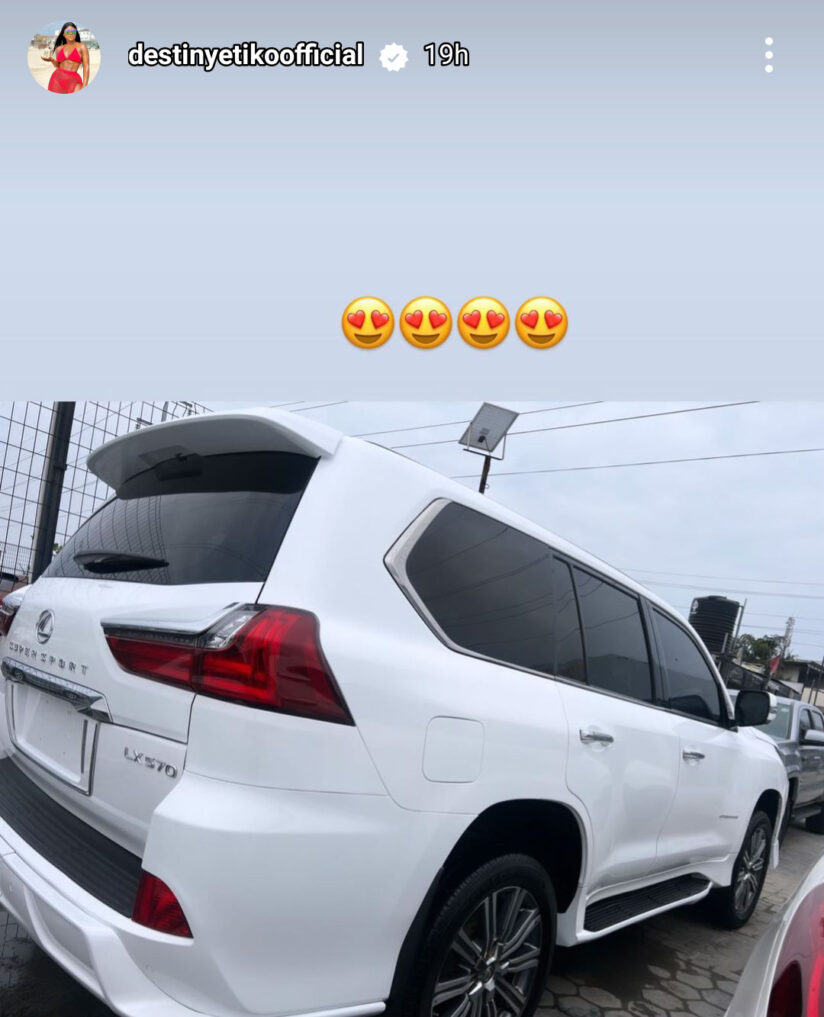 Singer, Classic B has been poisoned, reveals he has been hospitalized