Peter Thiel, PayPal and Palantir co-founder has stated that he regrets not investing enough in the cryptocurrency giant Bitcoin.

The billionaire investor Thiel who warned that Bitcoin was a “Chinese financial weapon” used to dethrone the U.S. dollar’s monetary status.

At an event recently held in Miami, the paypal co-founder praised cryptocurrencies and admitted that he may have not have invested much in Bitcoin.

“As an investor, you’re supposed to just buy Bitcoin,” he clearly stated, also adding: “I feel like I’ve been underinvested in it.”

The billionaire entrepreneur who is also a strong believer in virtual currency, added that his only hesitation about investing in the popular crypto-asset was that he thought “the secret was already known by everybody.”

At an interview hosted by the Lincoln Network in Miami the PayPal cofounder was asked to talk about cryptocurrencies, central banks, and artificial intelligence.

However it surely tells us that we are at a complete bankruptcy moment for the central banks, Thiel stated that being a “force for decentralisation” is the digital asset industry’s biggest advantage.

READ ALSO: This Cryptocurrency Startup Will Give You FREE Crypto If You Let Them Scan Your Eyes

Speaking on the development of artificial intelligence, Thiel said, “especially the sort of low-tech, surveillance form, is essentially communist,” as it has a centralised nature.

The billionaire entrepreneur also a libertarian, suggested that cryptocurrency was, in essence also libertarian in concept, adding that artificial intelligence {AI} was communist.

As of late, there has being an increasingly large number of other blockchain-based currencies, including ethereum and litecoin.

Beneficially speaking, blockchain are great, in the sense that it allows for secure, fast and anonymous financial transfers. 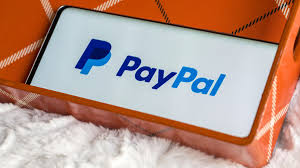 Here Are 77 Tech Words You Probably Didn't Know Their Meaning