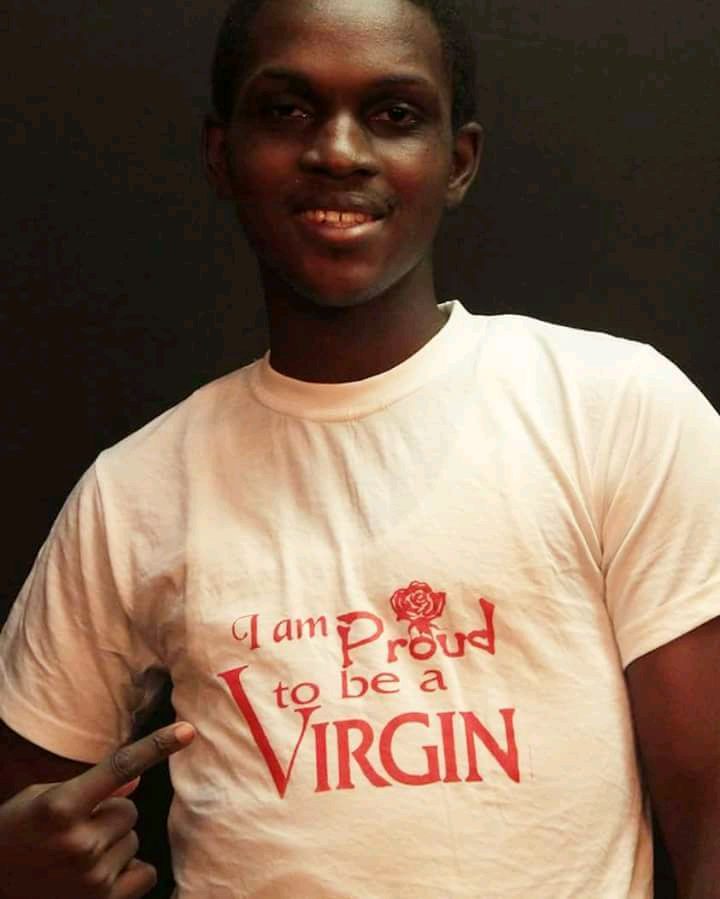 Glamsquad Magazine had earlier reported about the accusation made by Juliana Olayode that the pastor sexually molested her sister.

The pastor has now taken to his Instagram page to deny the fact that he didn’t sexually molest the actress’s sister.

According to him, he already confessed to whatever wrong he did in December 202O and has genuinely repented from them.

“I made a promise to the world in December 2020 and I have kept to it. I am thankful to those who have chose to believe in me yet again…

“For those concerned for me and asking me to stop responding, if I was brought before a court, I would have to talk or my lawyer would talk. I have been brought before a social media jury. I have to speak the truth but it is still up to individuals to choose what to believe.

“That said, I want to make it public here that I am ready to stand before any court or panel and I am ready to be investigated.When you know you have told the truth, there is no more fear. I NEVER sexually abused anyone! I have facts, figures and dates. What I was guilty of, I owned up to and apologized for. The next I want to see is a subpoena.

“I will continue on social media and continue building my businesses and ministry. This is a distraction I have no time for. I will not be posting on this again.” 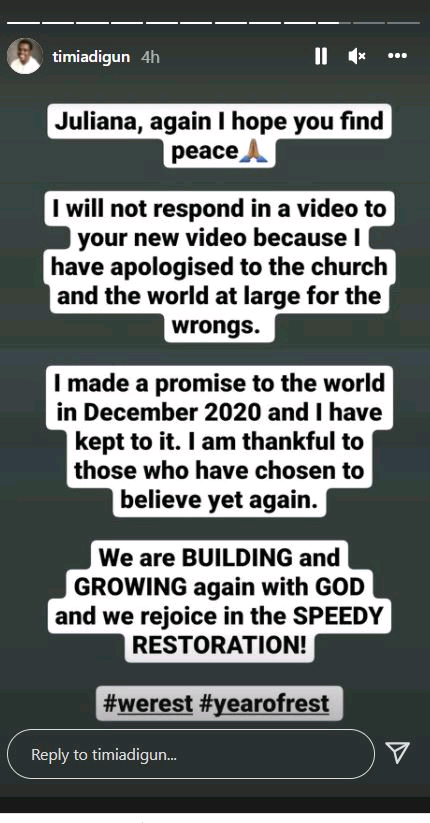 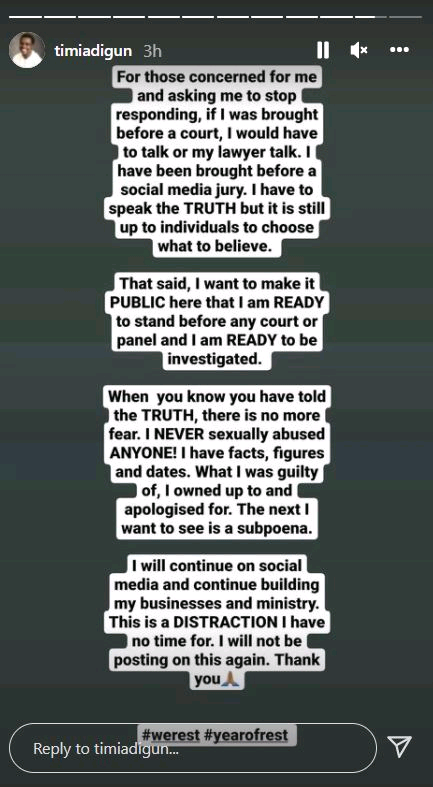