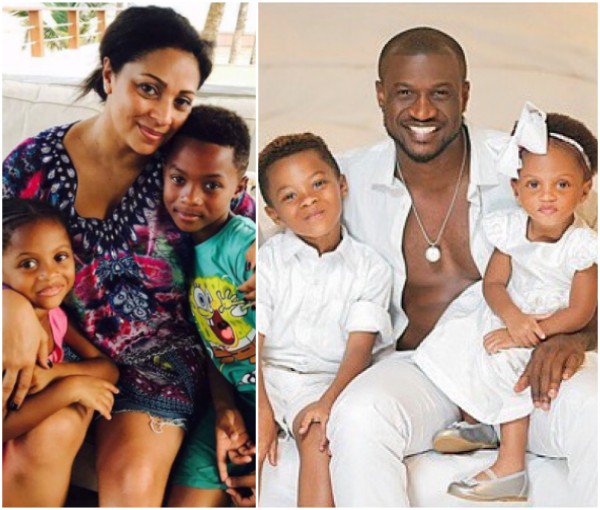 Peter Okoye, also known as Mr. P, ex-member of the defunct P-Square, has said that he cannot betray his wife and kids in order to keep his relationship with his brothers, Jude and Paul Okeye intact.

Peter said he has now chosen his immediate family over his brothers and owes no one apology.

He spoke in an interview with actress, Nancy Isime on Hip TV.

Mr. P, advised anybody who feels bad that he chose his wife and kids over his brothers and also wants to stop listening to his music because of it, to do so.

He said, “It comes to a point in your life when you said…’this is it.’

“I want to be from this to that and from that to this. [All the things that are happening now] I had always wanted to do them.

“I wish I had done them years back. As it is if anyone is feeling bad because I decided to choose by wife and kids over my brothers… I chose them and I rather be with them.

“They’re my family and I can’t betray them and I don’t hide it. If any feels bad because I chose my family over my brothers and decides not to listen to my songs or follow, then they should go ahead.”

Harry Styles Wore Heels and Earrings to The Met Gala