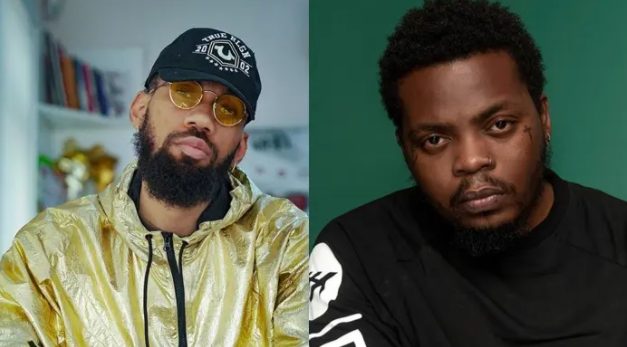 Olamide Adedeji, a Nigerian rapper, jokingly referred to his buddy and colleague, Chibuzor Nelson Azubuike aka Phyno, as a tight-fisted individual.

On Monday, November 8th, 2021, he revealed this in a message on his verified Twitter page.

Phyno does not ‘sort boys,’ according to the Mayweather rapper, who left fans in the dark about what he was alluding to.

Read Also: Olamide reveals how he went through hell growing up

Olamide tweeted; ”Chibuzo hand be like this Raised fist….. nah Statue of Liberty Statue of liberty. He no sort boys so ……”

Phyno then hinted that the YBNL CEO was talking about a new unreleased song after seeing the post. He then offered to compensate Olamide in order to persuade him not to reveal any further information.

”So u Dey look for reason to leak this jam” He tweeted.

But Olamide simply reacted by tweeting a video of Timbaland feat One Republic ”Too Late To Apologize” song.

Read Also: Ladies, Here Are 3 Types Of Men You Should Avoid

Check Out 6 Facts About Maya Angelou You Probably Didn't Know

0
Richards Michael November 9, 2021
No Comments Yet