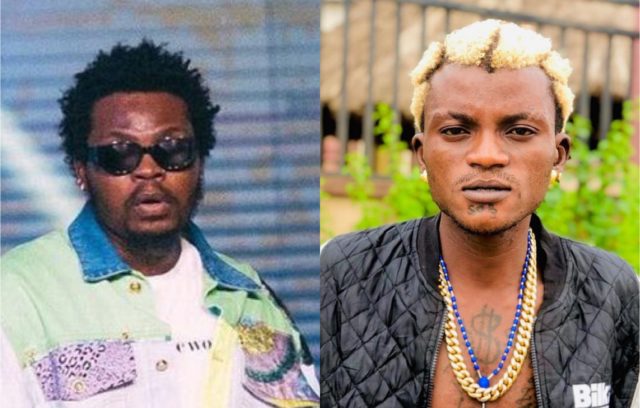 Musical legend, Olamide has dropped a message for people linking controversial singer, Portable’s misbehavior to him.

The father of two took to his Instagram story to share a deep message about letting go.

“Let go, not everything you seek is seeking you” This is coming a few hours after netizens called out Portable for his unbridled tongue and misbehavior on the internet.

Glamsquad reported that singer, Portable retracted from his statement that APC paid him to campaign for them.

According to him, he was paid for entertainment purpose instead he was taken to a rally.

Read Also: Osun election: “We are yet to receive our certificate” – Davido calls out INEC

The musician said that APC was attempting to ruin his career and that they owe him the remaining N10 million after accepting his payment of N10 million.

He continued by stating unequivocally that he was not, as many people believed, campaigning for the APC and that he had just been paid for entertainment

Glam Look Of The Day: Kate Henshaw Stuns in a Suit for her Birthday Celebration

Olamide is the greatest of all time – Fireboy DML declares