Kylie Jenner, an American reality TV star, is fearful for her safety after a man named Jrue Mesgan showed up at her Los Angeles mansion and buzzed the gate despite a restraining order prohibiting the suspect from approaching the makeup mogul.

Mesgan was arrested on Sunday afternoon, according to law enforcement sources, after he returned to the reality star’s pad. 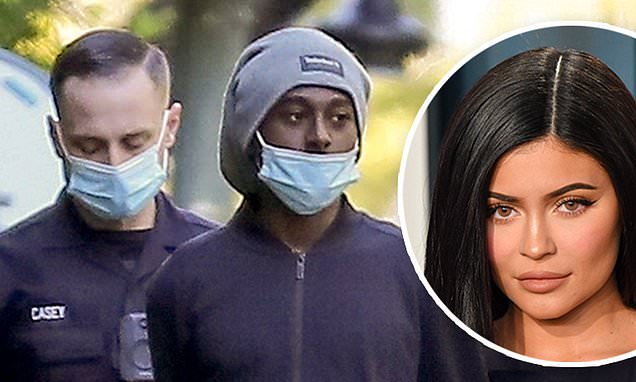 Mesgan has been a long-time nemesis of the former E! star. Jenner obtained a restraining order against Mesgan on December 22, appealing for the court’s protection.

Mesgan was observed by a security officer, who promptly phoned the cops. The suspect was arrested on a misdemeanour charge of violating a court order and is presently being detained in jail on a bail of $20,000.

Mesgan is said to have visited Jenner’s home several times in the last few months, according to sources. Mesgan must keep at least 100 yards away, according to the temporary restraining order.

Jenner claims the suspect came to her house and told her staff he was there to take her out on a date, according to court documents. She claims the man has approached her on “numerous occasions” and is “stalking” her.

On December 9, the man allegedly jumped over a fence and into a neighbor’s property while holding flowers for Jenner. “When he was confronted, he asked to see me and stated he had flowers to give me. I am informed he was arrested for trespassing by the Los Angeles Police Department,” Jenner wrote.

Jenner explained in docs she feared for her safety and was concerned for her young daughter Stormi. “On each occasion, Mr. Mesgan has been asked to leave and not return, but he continues to come to my home. I do not know how long [he] has been stalking me, but he has been persistent in attempting to contact me and see me over the last two months,” she explained.

“I am fearful for my safety and for the safety of my family. I am particularly fearful of [him] because he continues to return to my home even after being arrested for trespassing. I am scared that if I am not granted a restraining order, [he] will continue his attempts to access my home.”

In June, a 35-year-old man was arrested outside Jenner’s home after refusing to leave the property and saying he wanted a face-to-face with Jenner.

Desmond Elliot Called Out for Cheating on His Wife with Colleague, Lydia Forson

0
Ifeanyichukwu Ngere December 27, 2021
No Comments Yet

Best Instagram Photo Of The Week: Kylie Jenner In Schiaparelli Is everything Beautiful

Instagram Celebrity Of The Day: Kylie Jenner Slays In A 1999 Thierry Mugler

Twenty Fine: All that went down at Kylie Jenner’s 25th vacation birthday

Kylie Jenner prepares for baby number 2 as she ‘decorates nursery’