On-air-personality, Steve Onu, popularly known as Yaw has taken to his Page to express his fears about Nigeria current condition.

Yaw, who is also famous as stand-up comedian and actor lamented the increasing cost of foodstuffs, and wondered what the presidency is sayng about this, especially to the common man.

In an Instagram post on Thursday, Yaw listed the previous amounts of staples and how much it has increased to, saying, he can’ no.longer deal with it.

“I cant deal… What is going on? Even pure water is N20,
Pls what is the Presidency (cus na presidency dey rule us no be President) saying about this and to the common man…
Omo na wa oooo
I fear for this country o, would we even survive till 2023?” 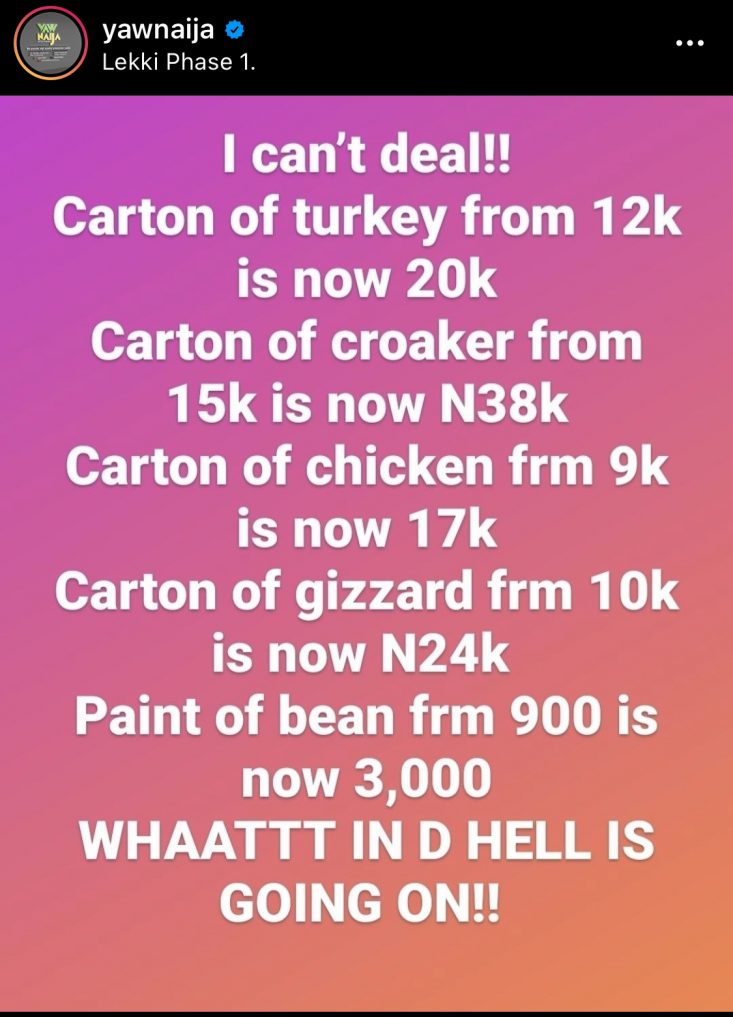 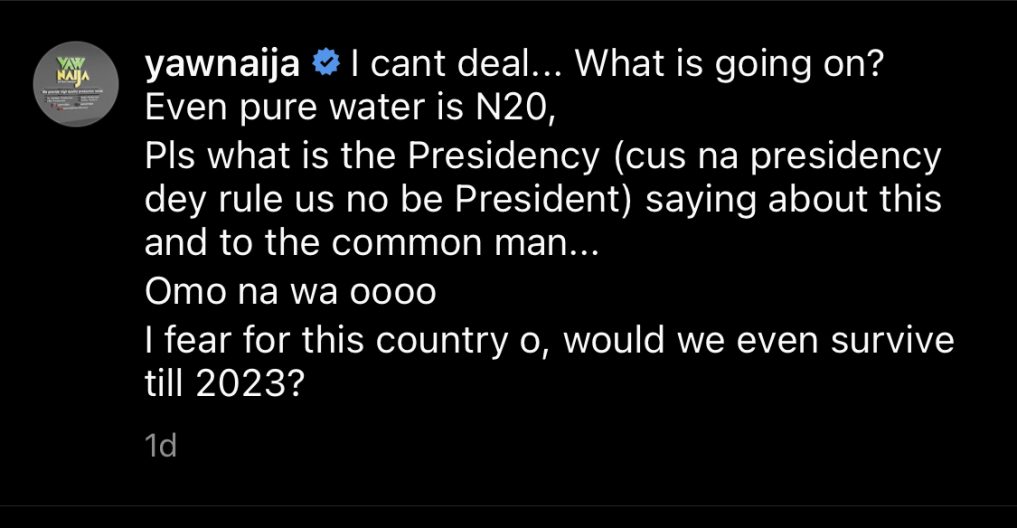 3 Things You will Always Find with Me – Interview with Yaw

Kunle Afolayan sure knows how to throw a party….

Yaw: There are so many lies in the Entertainment Industry