The Nigerian film industry popularly called “Nollywood”has been dominated by men for more than two decades but gradually all that seems to be different now as it is now a women’s world too. Like every other strong willed female film makers out there, Christiana Martin a graduate of New York Film Academy has finally got her chance and she would stop at nothing until she shows the world that good movies can be made in Africa too and that our stories define who we are. In a lengthy conversation with Chiazor Daniel of Glamsquadmagazine she opened up on her journey into film making, challenges and the inspiration behind her first feature film “Scorned”

What was growing up like for you, did you ever think you would one day
end up in the movie industry?

Well growing up i wanted to be a PILOT… But that didn’t go down well with
my family (LOL). Never Thought i would be in the movie industry. But here we are.

Who were your major influences in the film industry?
Meryl Streep, Joke Silvia, RMD, Hubert Ogunde 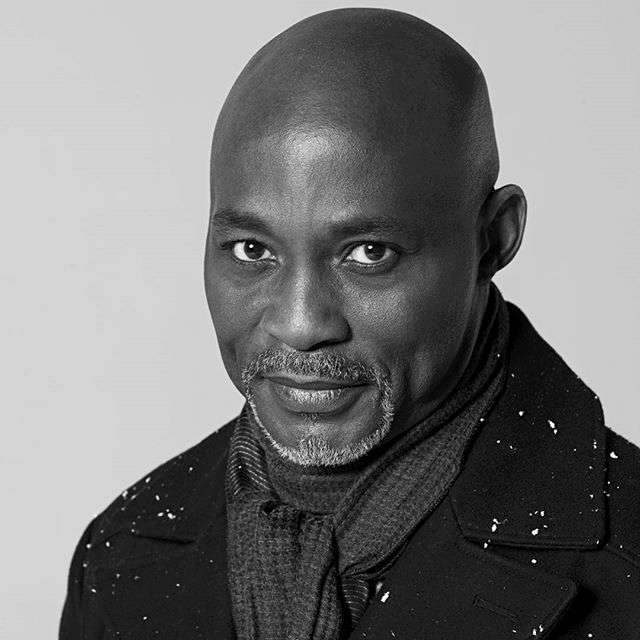 What sort of stories excite you?
Well i am a little bit weird. I love horror stories. Dark and gory stories. One of
my favorite’s is the exorcism of Emily rose.

Tell me a little about your new movie “SCORNED” which features the likes
of Multiple Award Winner Daniel .K. Daniel. How did the inspiration come about?
Well SCORNED is a movie that revolves around a young girl who was raped
and how it affected her psychologically. OBI MARTINS wrote the script for it. Tokunbo
Ahmed and i sat down together and decided that a lot of movies have been done about
rape. Let’s make a “WHAT IF” movie about rape. This movie is a based on RAPE,
REVENGE and CONSEQUENCES. 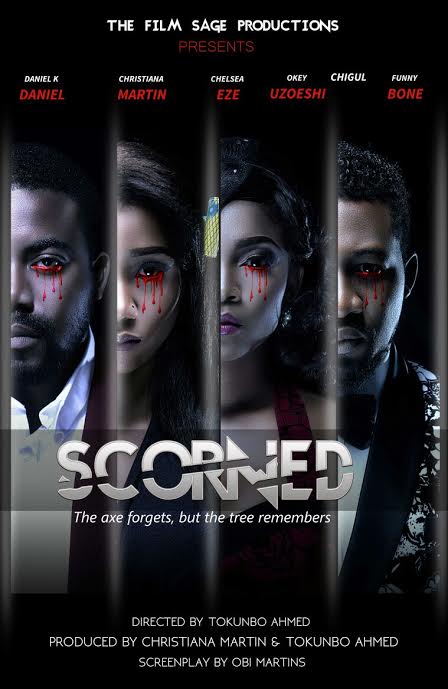 It was revealed that you had a private screening of the movie in Abuja,
how was the crowd’s response?
The private screening was great. That was also my first time to view the
movie SCORNED on a large screen, i couldn’t stop watching. And the guests where
blown away. The applause at the end of the movie left me speechless. The guests gave
very positive reviews about the movie.

What is the most important aspect of building a great character?
The audience being able to relate with the character. To create a believable
character. 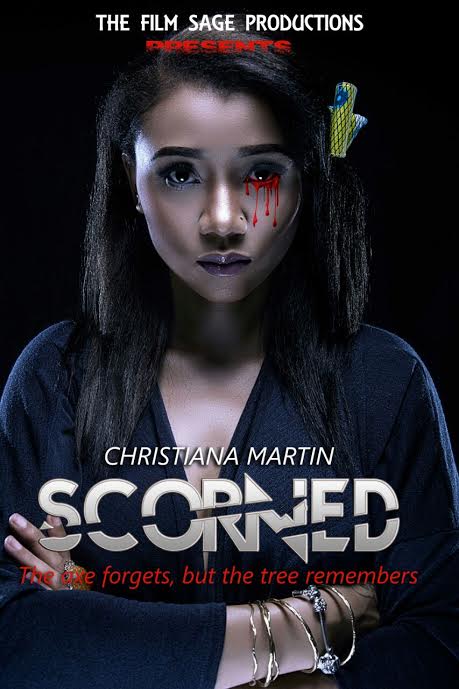 How was your experience with the cast and crew on your first production
for the movie ‘SCORNED” do you believe it is going to do so well in cinemas and
after?
Oh it was lovely. We had an amazing cast and crew. They were all so helpful
knowing it was our first feature film. And the CO Producer/Director Tokunbo Ahmed was
also a first time Director. But all in all. It was an amazing experience. Scorned is not out
yet. But fingers crossed. 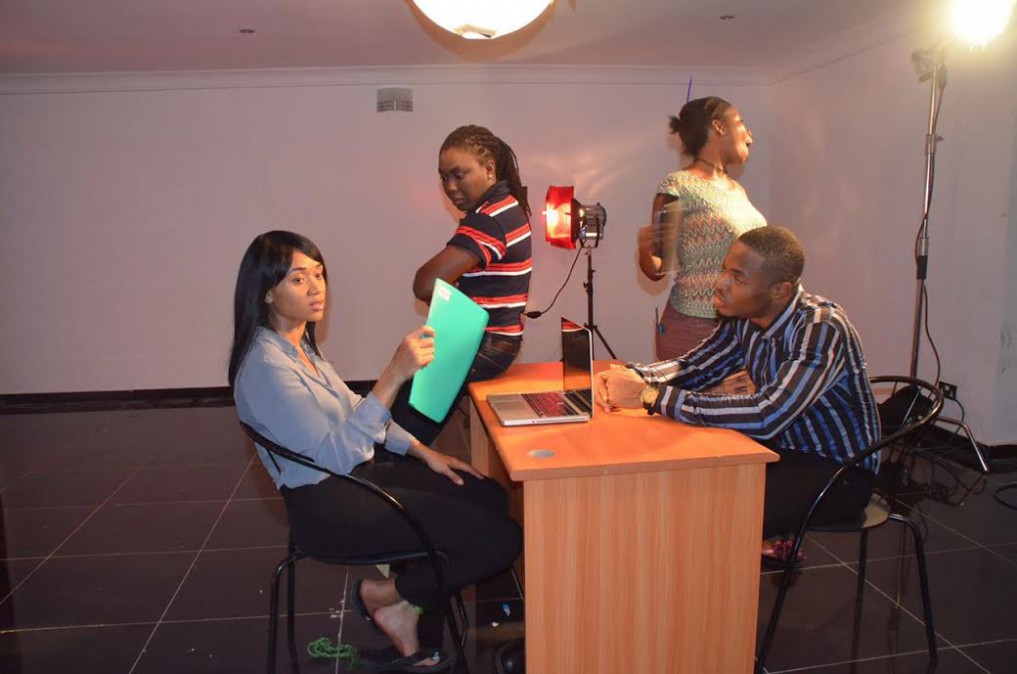 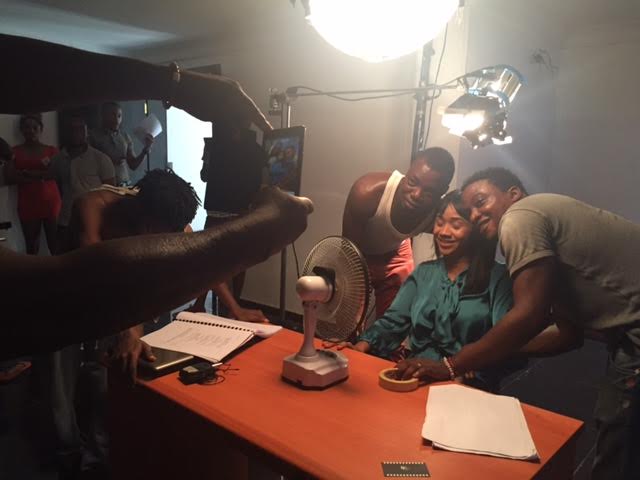 What’s your background in film? did you go to film school or you just
stumbled on this based on passion?
I am a graduate of NEW YORK FILM ACADEMY. I studied Hi-Def
Film making and Acting for Film.

How is it really like to be a film producer, editor and actor? What makes
you different or unique from the other female filmmakers out there?
Well being a film editor has made me very patient. And i’m a little bit of a
loner. Its like having 3 different personalities. As an actor i try to be the character. And
being a producer that takes a lot of responsibility. Every female film maker is unique in
their own way. We all have different ways of thinking and viewing things. I am known to
be a little bit weird based on my perspective of things.

When would SCORNED hit the cinemas across the country?
Very soon. Still working on a few things.

What kind of woman has CHRISTIANA MARTIN grown into now?
Well i have grown into a very head strong woman. I know what i want and i
go for it.

What big project are you currently working on?
My Film Sage Partner Tokunbo Ahmed and i are current working on a
comedy movie. But i’m not going to say much about it.

Tell us what it takes to be successful the industry and two of your favorite
quotes and advice to struggling talents.
To be successful you just have to keep trying. No matter how many times
you fall. You haven’t failed, you just learnt different ways to get back up. Giving up! now
that means you have accepted to be a quitter. Nothing comes easy.
Two of my favourite quotes are from MERLY STREEP who is my role model.
1. If you think you can… you can.
2. You cant get spoiled if you do your own ironing.
My advice to struggling talents is don’t give up. All you need is an opportunity and when
you get it. Jump on it like your life depends on it.

IK Osakioduwa pens sweet words for his wife on her birthday