Freddrick Leonard, a popular Nollywood actor, has Lashed out at the organizers of the ongoing Big Brother Naija show over the twist they introduced in the last week of the reality show.

The Nigerian actor compared the Big Brother Naija Shine Ya Eye show to Nigerian politics for introducing a twist between Pere and Angel to battle to return to the Big Brother house as finalists of the show.

He expressed this on Sunday, using his verified Instagram page.

Glam Squad Magazine reports that the latest twist in the show has Pere and Angel playing a game to determine their spot in the final week.

The fate of the fifth housemate is to be determined by the result of the game played between Angel and Pere.

This, however, didn’t seem fair to some viewers as Pere scored more votes than Angel. 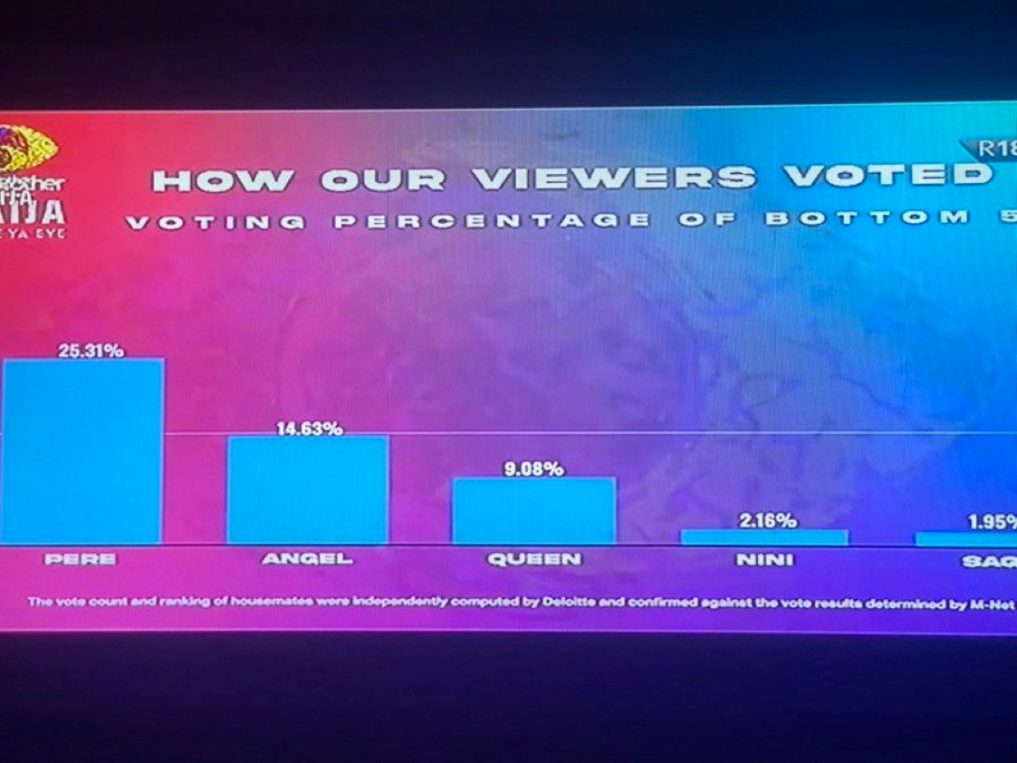 Reacting, the actor in a post via his Instagram account opined that the new development clearly shows that there’s no difference between the show and Nigerian politics.

He further noted that people went through a lot to make sure they voted because they thought their votes would count, and they must count.

“What is the difference between this and Nigerian politics?

“Why ask people to vote If their votes won’t count?

“Dear organizers of BBN listen, people went out of their way to put in work and vote because you made them believe that their votes count.

“Better do the right thing let the winner on votes go back into the house as a finalist, so you don’t discredit a show that has the backing and viewership support of millions across the continent of Africa.

“This white room twist is clearly baseless and unnecessary. Even If Pere wins the puzzle, it will be unfair to him to go through the heart-palpitating route with another housemate who already lost on vote,” he wrote. 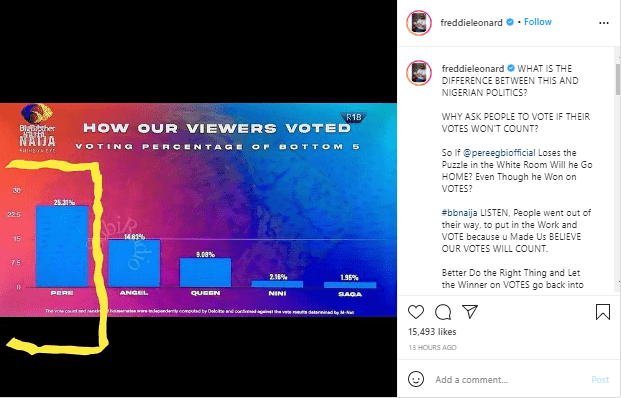