John Njamah who acted as Rabiu in the TV series, ‘Fuji House of Commotion,’ 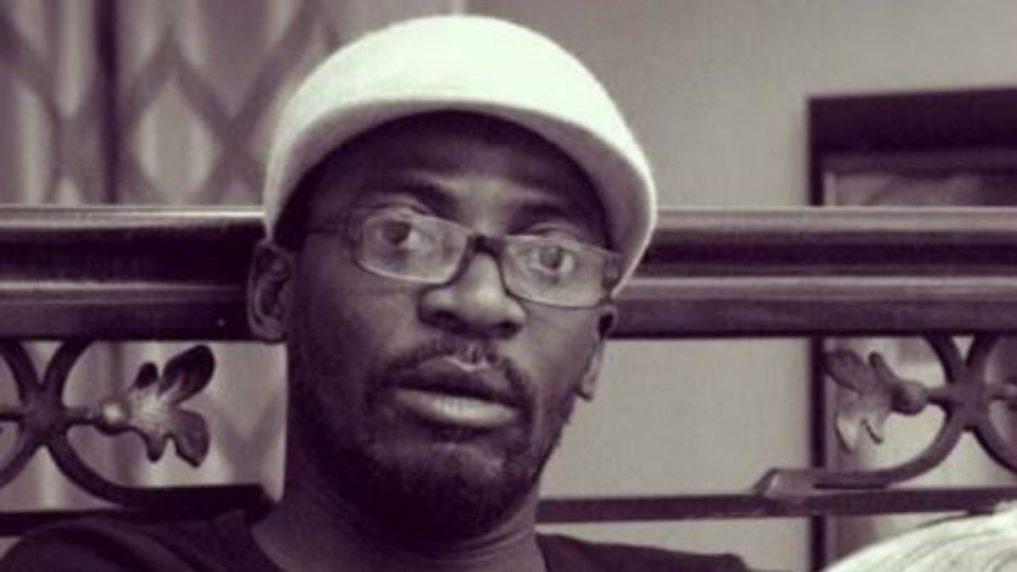 John Njamah who acted as Rabiu in the TV series, ‘Fuji House of Commotion,’ was one of the heads of the rebel nation of Chief Tajudeen’s children.

The Nollywood actor and filmmaker, has taken to social media to express deep concern about the new criteria for choosing brand ambassadors in Nigeria. From his perspective, the brands do not really care about competency anymore, they are all about perverse trendy content.

According to him, manufacturers no longer think about the ethical and mental credibility of individuals earlier than bringing them onboard, as a substitute they have decided to endorse  controversial persons, who go viral for the wrong reasons, get butt enlargement surgeries, or pose naked on social media and provides them ambassadorial deals.

The Nollywood actor and film maker John Njamah, in the post he shared on his social media handles; Instagram and Twitter pages, noted that this new development is very sad.

“Gone are the days when they make you brand ambassador because you are good at what you do, intelligent and speak intelligently… these days all u need is to be controversial, be popular for the wrong reasons, go naked, and an extra bum, be flippant.. and you will be endorse. sad!” 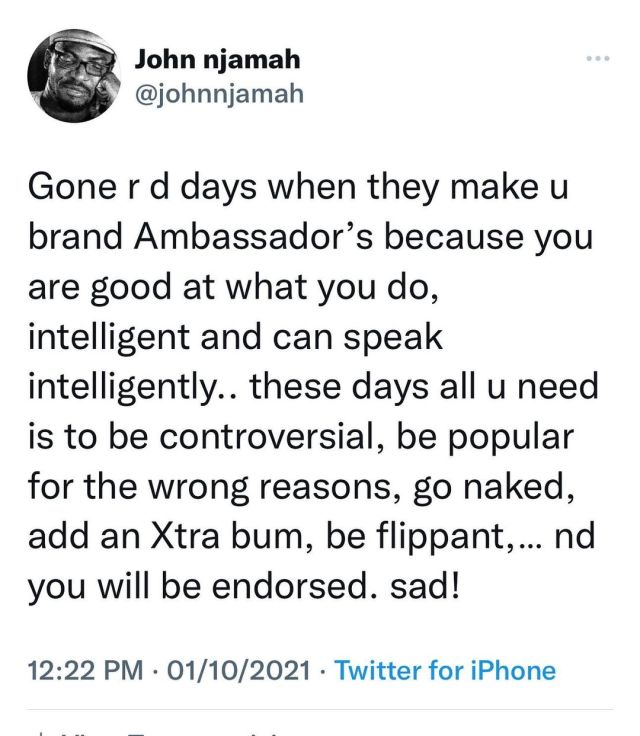 Movie Review: What we think about Kunle Afolayan's "Swallow"