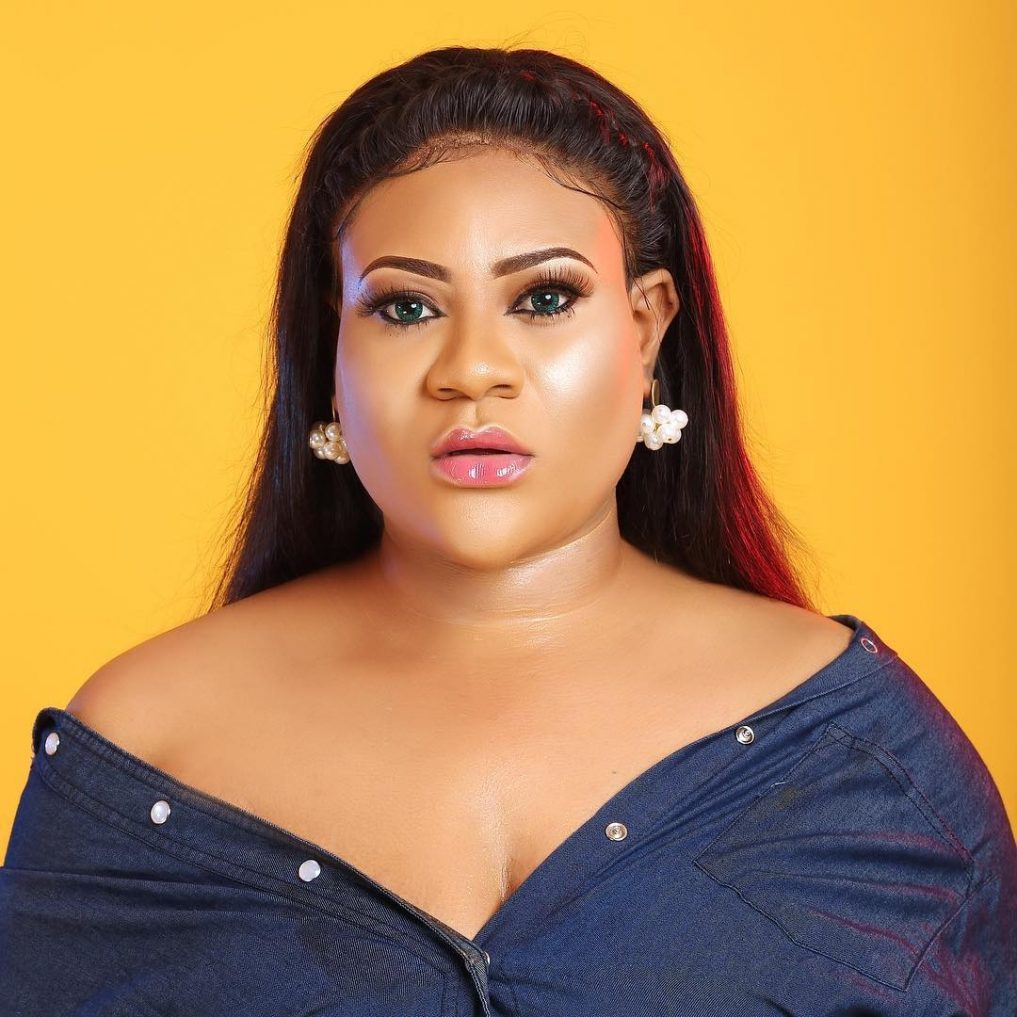 Glamsquad Magazine recalls that actor, Blossom Chukwujekwu took a chance with marriage one more time when he tied the knot with pastor Chris Oyakhilome’s niece on Friday 20th.

Following the news of her ex’s remarriage, many took to Maureen’s dms and comment section to troll her.

Maureen Esisi infuriated many when she threw a jibe at her ex for ditching her to marry an older woman.

Her sarcastic comment over their marriage left many unimpressed as they stormed her pages to troll her.

Maureen shared screenshots of some of her dms on her Instagram page as she slammed her trolls.

Nollywood actress, Stella Damasus and BBNaija’s Uriel Oputa took to her comment section to console her.

As if that was not enough, another troll sent another DM to Maureen describing her as an ugly prostitute that uses filter to hide her true look. 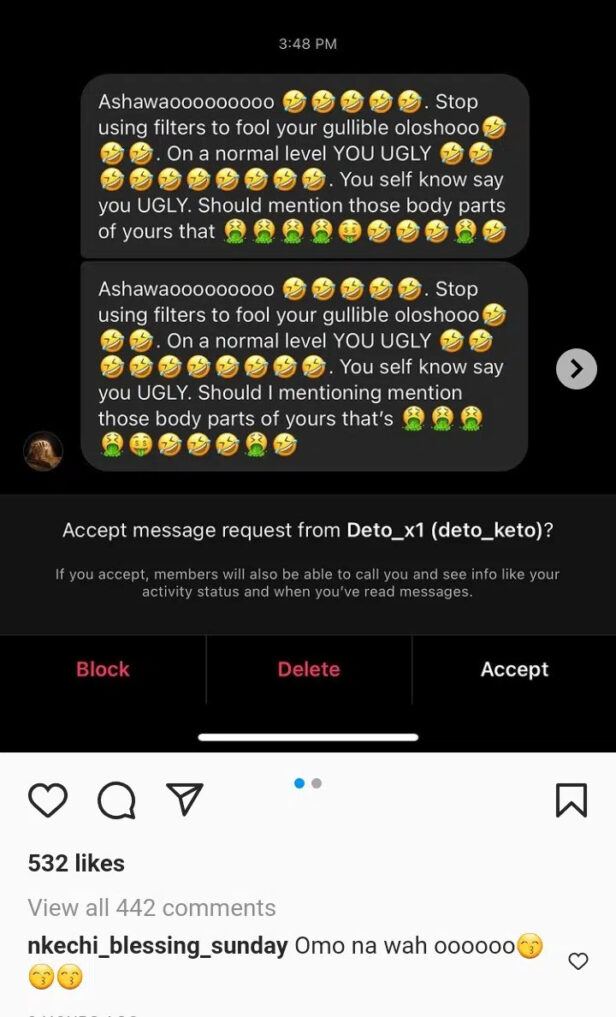 Somebody Hold Me Before I Explode – Nkechi Blessing