During the conversation, Banky W discussed his professional relationship with singer Wizkid and how it became sour and ended up in ruins. According to Banky W, Wizkid still owes EME Records three albums because he departed before his contract expired.

“I think it was a 5 album deal and he had done 2 solo albums… I think he still owed 3 more albums but he wanted to leave. And for me, that was enough because I don’t want anybody to stay where they want to stay.” he said.

During their conversation, Banky W revealed that he was disappointed with Starboy whose talent he nurtured for failing to show up at his wedding.

However, some social media users have dragged Adesua Etomi for throwing her weight behind her husband during the interview. 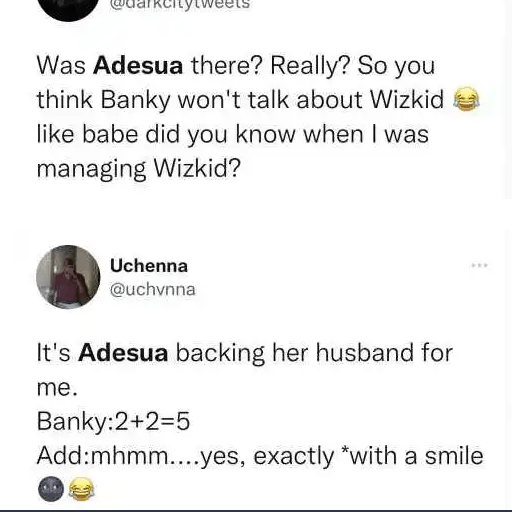 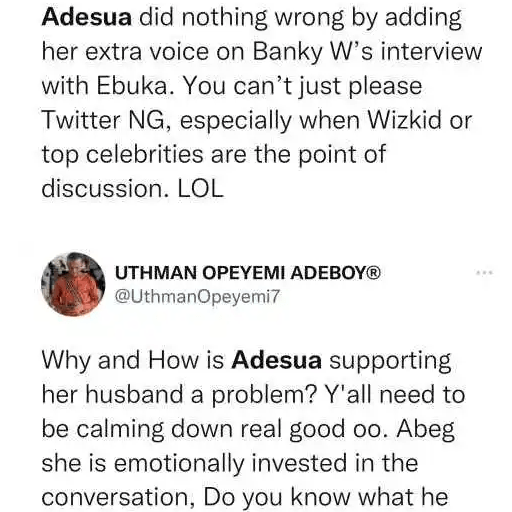 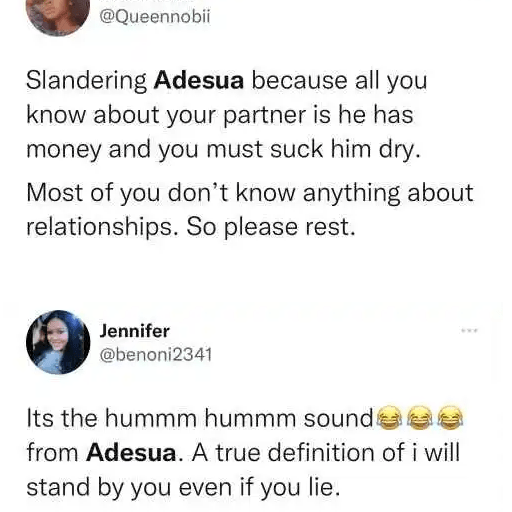