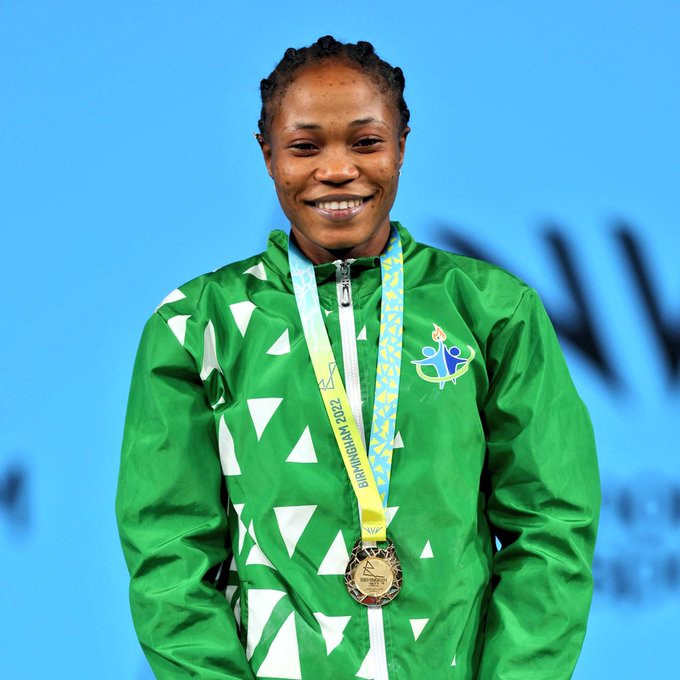 Glamsquad reports that Adijat Olarinoye won a gold medal in the women’s weightlifting event at the ongoing Commonwealth Games on Sunday morning, July 31.

Olarinoye, who competed in the 55kg category, lifted a combined total of 203kg, a games record, to win the women’s 55kg Weightlifting event. 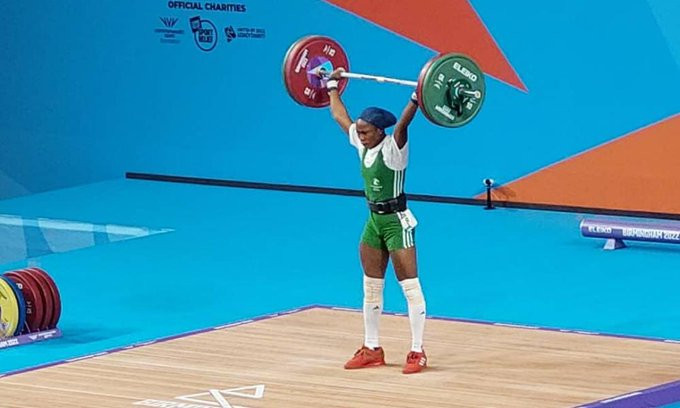 She lifted 92kg in snatch and 111kg in clean and jerk for a total of 203kg, setting a new Games record in the category.

Bindyarani Sorokhaibam of India came in second, with Fraer Morrow of England coming in third.

Olarinoye defeated ten other contestants to win the competition.

Olarinoye’s achievement moves Team Nigeria up to joint-ninth place in the medal standings.

Abdul-Afeez Osoba advanced to the round of 16 in boxing after knocking out Carl Hield of the Bahamas in the first round of the men’s light middleweight division.

BBNaija: Big Brother summons Beauty after she removed Ilebaye's cap and wig during an argument about Groovy

PHOTOS: Actress Thandiwe Newton reunites with her estranged husband Ol Parker for the first time since ending their 23-year marriage