Simisola Kosoko, better known by her stage name Simi, a popular Nigerian singer and songwriter, has said a word of prayer for a fan who is married but unable to have a baby for about 5 years.

The mother of one had taken to her social media page in the late hours of Friday, January 15 to engage her fans in a question and answer session.

An unidentified fan had asked the ‘Duduke’ crooner to say a word of prayer for her and Simi was gracious enough to rain words of heavenly prayers on her.

“Simi I’ve been married almost 5 years and trying to have a child, say a word of prayer for me”, the fan’s message reads.

Simi replied, “I pray that you will carry your child. And the laughter of your babe(s) will fill your home. You are fruitful, in Jesus name” 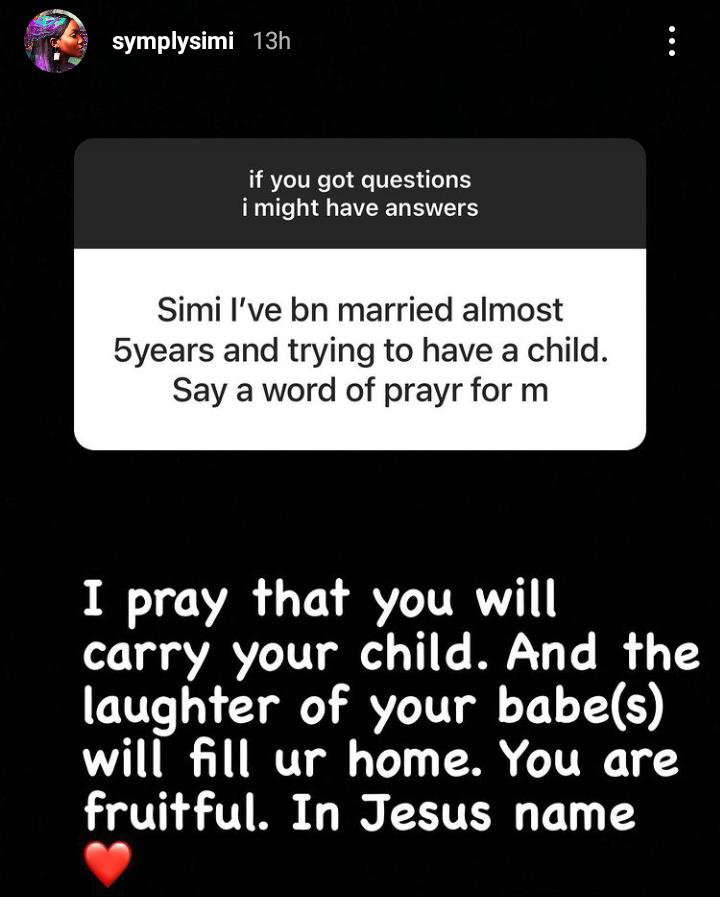 0
Ifeanyichukwu Ngere January 16, 2021
No Comments Yet