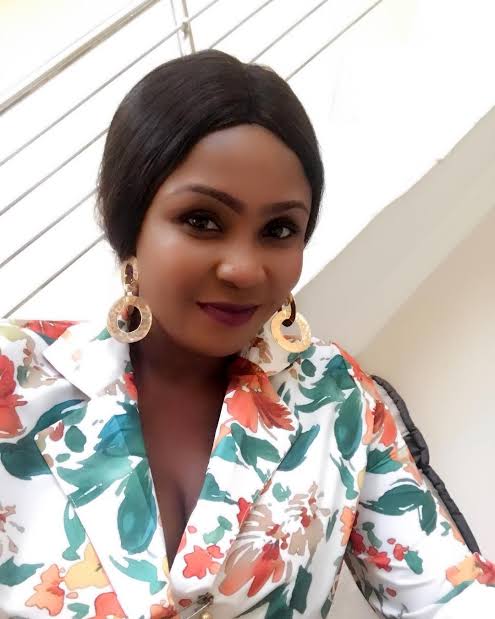 Popular movie star, Ruth Eze has finally broken silence on entering into a marriage as she withdraws her marriage proposal, glamsquad reports.

READ ALSO: Truth Behind It All: Rema’s And Dj Neptune Reconciliation(See Details)

This follows the failed marriage of Nollywood actress Funke Akindele and her husband, JJC Skillz.

Ruth stated on her Instagram page that marriage is terrifying and that she has returned her engagement ring.

In explaining her decision, the actress stated that she cannot begin something that will end someday.

READ ALSO: “It Is Not In My Place To Divulge The Truth” Chacha Eke’s Husband, Austin Faani Breaks Silence On Marital Crisis

“This thing called marriage is so terrifying,” she wrote. I just returned my wedding ring. “You can’t begin something that will end someday.”

Some of her fans chastised her for making such a decision in response to the post.

nancydoughlas wrote: “U gave back ur engagement ring to d man u love bcos of marriages crashing up nd down, it means u dnt love d man, u dnt believe in urself nd u dnt av faith in God. Ruth Eze I just dey vex for u.”

jumbojumbojet wrote: “Please everybody’s case is different believe your own will work with God it will work”

itz_prettyz wrote: “But Why Now? Others Failed Doesn’t mean Yours will. Anyways Love And LIGHT”

mzz_yaa_reggie wrote: “U were already having issues in ur relationship,u were never happy in that relationship”

precious.ihuoma wrote: “Hmmmm. Life itself is scary and unpredictable. Are we going to stop living because of that? Your career has it’s ups and downs, will you quit acting because of that? Don’t lose a beautiful experience because of news you read. There are several Happy marriages, they just don’t make it to the news and when they even do, we seem to be used to sad stories that we consider them liars. The only reason you should return your is if the man in your life is not worth the journey. Take some time of the media and reevaluate. All the best”

nwa_oma82 wrote: “Everyone has their destination when it’s comes to marriage yours is destined to work believe that and proceed mami

Meet Segun Arinze & Other Most Famous Bald Celebrities In Nigeria