Ugo Monye, a popular Nigerian designer, has threatened legal actions over the alleged use of his company’s registered design in 2021 Paramount pictures film, ‘Coming 2 America’.

Taking to his Instagram page, the designer revealed that the popular ‘Reale Design’ owned by his design company was reproduced in the film without proper authorization.

“It has come to our attention that our Registered Reale Design was reproduced and featured in the movie, ‘Coming 2 America’ (the “Movie”) without UML’s authorisation. The producers – Paramount Pictures, New Republic Productions, Eddie Murphy Productions and Misher Film Productions- through the costume designer of the movie, Ruth E. Carter, commissioned some tailors/designers in Nigeria to design and produce some costumes for the Movie that are an infringement of UML’s design,” an excerpt of the notice reads. 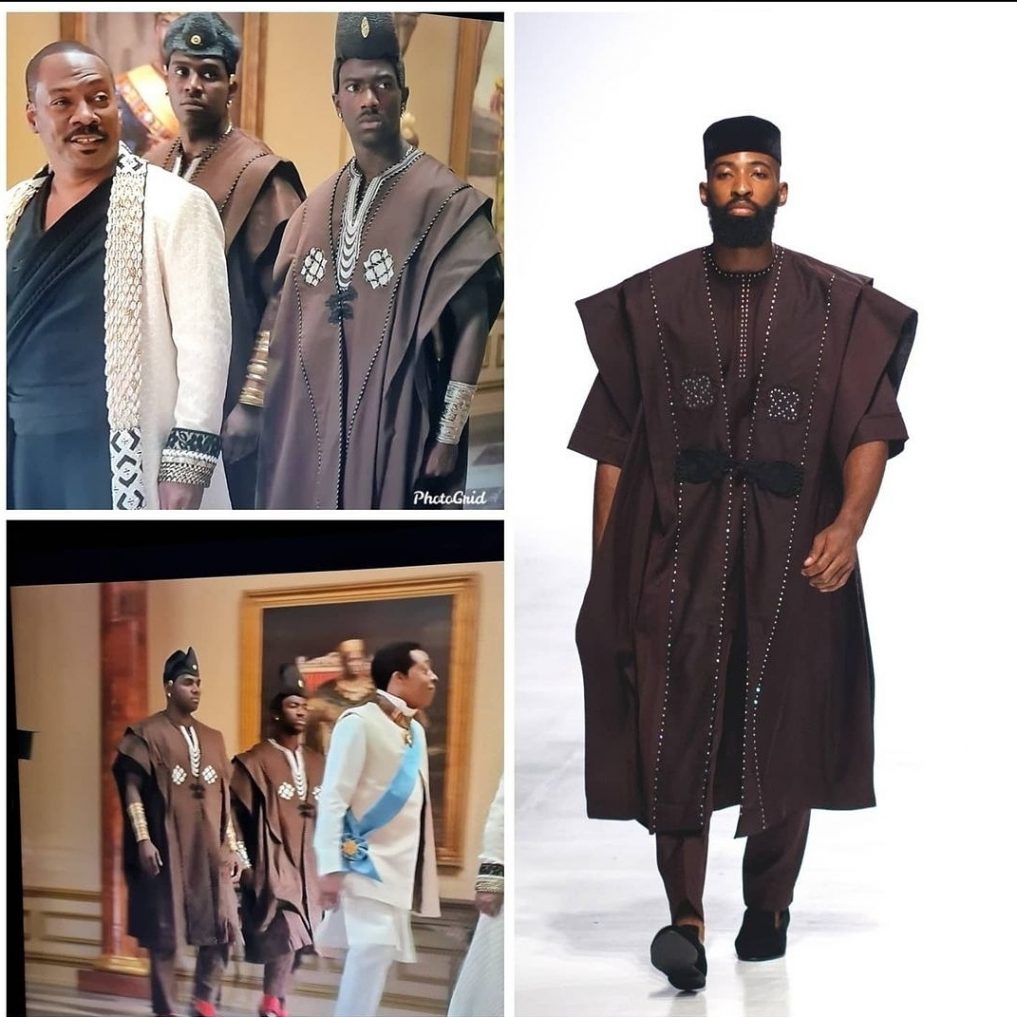 The notice clarified that actions will be taken against the film’s producers if not properly addressed.

Coming 2 America is a 2021 American comedy film that serves as a sequel to the 1988 film Coming to America starring Eddie Murphy. 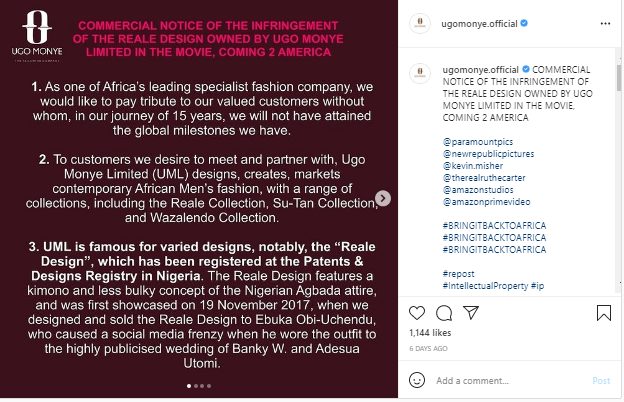 In another gist,  Felix Ugo, a Nollywood actor and filmmaker, has caused controversy after stating that he can play gay roles in a movie, adding that kissing a man while acting is not out of the way for him.

This is despite homosexuality being illegal in the West African nation.

Speaking in an interview with SATURDAY SUN, Felix Ugo stated that he can play any role given to him by the movie director which includes playing the role of a gay.

He said although Nigeria frowns on homosexuality and has not legalized it, acting as a gay in a movie does not qualify him to be one.

“Why would reject a movie role? I don’t reject roles. I love to see what I can do to every character that comes my way. I can play gay roles too; I am an actor; I was trained for that. Except the production is not ready to shoot.”

“I am open to playing any role on earth. Kissing a guy in a movie is also not out of the way; acting is my passion, so I’m committed to giving it my best. In Nigeria, homosexuality is against the law; however, when I am on set, I assume a character that is not Felix anymore and do what I have to do.”

Style Check In With Ebuka