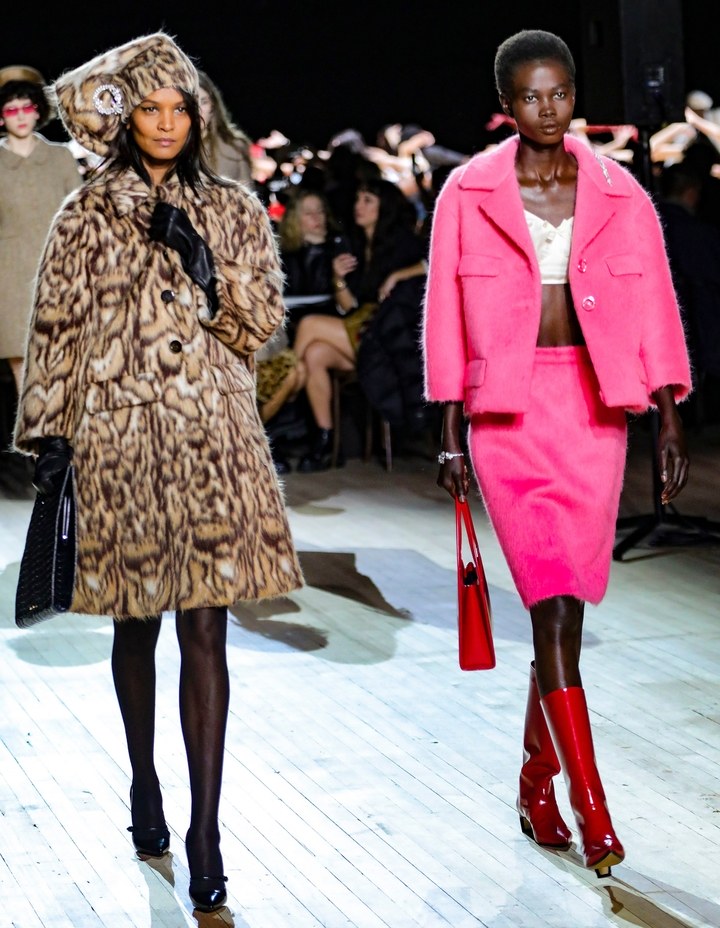 New York wasn’t always exclusively renowned for its commerciality, and this collection was designed in commemoration of the city’s original spirit, within which Jacobs grew up, and which provoked the creative liberation that has long been his defining characteristic.

“Referencing my own life and career thus far, it is the fading picture of a disappearing New York that prevails,” said Marc, “Now foreign and exotic in its extinction, forever mythical and chic with its beauty, promise, sparkle and grit.”

But rather than rooting his aesthetic solely in his years at Parsons, or his Perry Ellis grunge era, here was a reflection of the city’s diversity across the decades: Jackie Onassis coats and ’50s debutante gowns; bomber jackets with leather pencil skirts; clean camel suits and pastel princess coats. In his words: “It is the style in which different people dress at the various stages, ages and times in their lives, for all manner of occasions and moments, that endlessly provokes my love of fashion and the possibilities of what can be.”

As the models rushed out sometimes in groups of twos and threes, the stage appeared like the crowded streets of New York through the ages – alive with hurried energy, glamour and sheer fabulousness.

The Story Behind The Rise and Rise of Sneakers