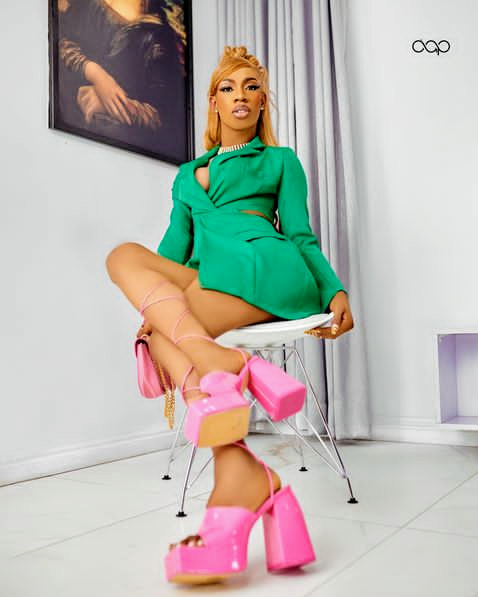 Nigerian crossdresser, James Brown has been dragged by netizens over fake boobs.

The self aacclaimed ‘Drag Queen’ has taken to his official Instagram page to tease his fans with a photo of a fake boobs.

However, he is being faulted for not picking the right colour to fit his skin, thus made it so glaring that he is wearing fake boobs.

“He forgot to even buy his correct colour, ” one of his fans wrote on James Brown’s Instagram page.

Read Also: Zinoleesky laments about not having real friends

Recall in that when Bobrisky shared photos of his cleavages on his Instagram page and many claimed he was wearing a silicon bra, which was quite obvious.

Then, Bobrisky, who prefers to be called ‘Sugar mummy of lagos’ rubbished all reports stating that they are real and they were surgically done.

“Yes, I have breasts and one good thing about my breasts is that they don’t fall; if you press my breast from now till tomorrow, my breasts will still remain intact because it’s a surgical breast, not natural. That is one advantage of having a surgical breast. So don’t ask me what type of question next time, take note. It is real breasts”.

Zinoleesky laments about not having real friends

Glam Look Of The Day: Toyin Lawani Stuns in a Multi Color Dress