Netflix’s aspirations to enter the gaming sector are taking shape. It is now rumored that they intend to release their forthcoming mobile games through the Apple App Store.

According to 9To5Mac, the digital media behemoth is choosing the Apple app store mostly because they have a “workaround” for the platform’s stringent regulations.

Bloomberg is the source of the original report. Developer Steve Moser supposedly revealed in an issue of the PowerOn newsletter that the Netflix app contains code that allows it to avoid Apple’s rules for selling on the iOS app store.

Every game in Netflix’s gaming portfolio is planned to launch separately through the store, with each one requiring a separate download in addition to the main Netflix app.

According to the original Bloomberg article, this is Netflix’s approach of “tiptoeing” around Apple’s all-in-one hub regulations.

This is already accessible for Android users, who have a distinct Games page within the main Netflix app.

All of the Netflix games that are currently accessible include “casual titles” as well as others based on the popular horror series “Stranger Things.” These games are also renowned for having no in-app purchases or advertisements.

Netflix Games’ iOS rollout has been confirmed for both iPhones and iPads, with the company stating that it is on the way. Here is their official Twitter announcement:

Tomorrow, Netflix Games will start rolling out on the Netflix mobile app. First on Android, with iOS on the way.

It’s early days, but we’re excited to start bringing you exclusive games, with no ads, no additional fees and no in-app purchases. pic.twitter.com/ofNGF4b8At

Why Is This a Big Deal?

The iOS app store has recently been at the focus of a number of disputes, including the prohibition on third-party apps acting as all-in-one hubs.

According to The Verge, Apple’s move to prohibit applications from acting as game hubs is causing consternation among cloud gaming providers such as Xbox Game Pass and NVIDIA GeForce Now.

A Quick Look at Netflix Gaming

Netflix declared their plans to enter the gaming sector in May when they began seeking for a “gaming executive.”

The company stated that they were “eager” to provide more interactive material to their consumers in addition to their current offers of movies, TV episodes, and documentaries, to mention a few.

Fast forward to now, and the video streaming behemoth is firmly entrenched in the business, and properly so. 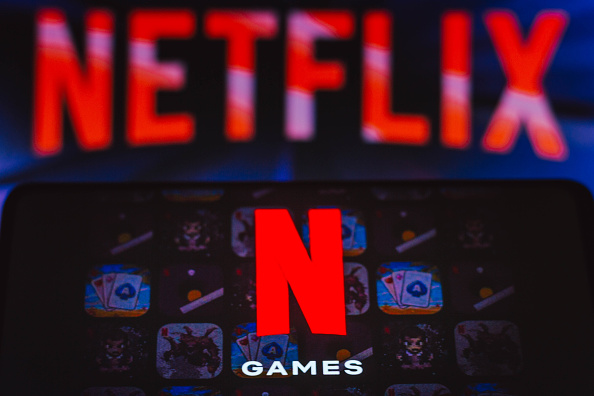 The video game business has seen a phenomenal increase, owing largely to the pandemic that has forced many to stay at home. According to the research firm Mordor Intelligence, the industry’s entire market value is predicted to exceed $300 billion by 2026.

According to VentureBeat, the gaming industry’s overall revenue is expected to hit $175.8 billion by the end of 2021.

Netflix, of course, wants a piece of the action.

For the time being, Netflix Gaming’s primary focus is mobile, a vast part of the overall gaming industry umbrella. While consumers still enjoy playing on powerful PCs and video game consoles, they are also frequently on the move, which is where mobile gaming comes in.

Only time will tell if Apple notices Netflix’s workaround.

Android Car Keys, What is It and How Does it Work?