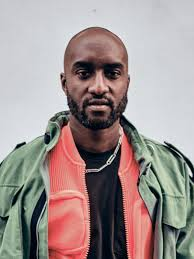 Virgil Abloh, the founder and CEO of Off-White Clothing lines who passed away on 28th November, 2021.

The fashion designer had an amazing life, here is a quick look in his life while alive;

Virgil Abloh came into the limelight in 2013, the Chicago native had slowly become one of the most recognised designers on the planet. Of course, it has not been plain sailing for the Off-White™ founder.

Read Also: Glamlook Of The Day: Reality TV Star, Erica Is A Beauty In Blue

He had a little collaboration with Nike as they went on to work with Abloh multiple times. Nike x Off-White.
he launched his first collection in June 2018, it was an emotional moment. As in just 15 years, Abloh had gone from screen-printing T-shirts in Chicago to watching his pieces walk through Paris.

May his gentle soul rest in peace.

Cryptocurrency Mining Is Leading To Power Shortages In Kazakhstan

Social Media: Australia To Implement Laws That Make It Easier For Trolls To Be Identified On Social Media