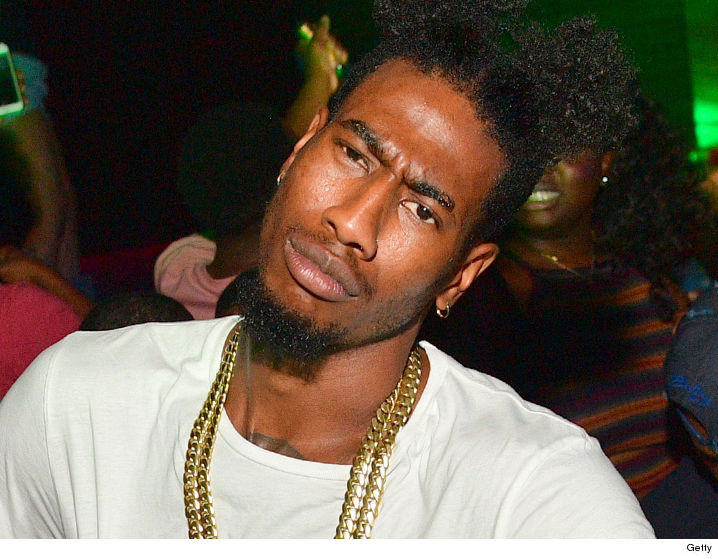 Glamsquad reports that Iman Shumpert, a former New York Knicks guard, was arrested over the weekend after officers allegedly discovered a “significant” amount of marijuana in his backpack at the Dallas/Fort Worth International Airport.

Shumpert was stopped at a TSA checkpoint around 2:40 p.m. on Saturday by authorities responding to a possible drug violation call, according to TMZ.

Shumpert admitted to having 6.12 ounces of a “green leafy substance” in his bag, which he admitted was marijuana. Later tests confirmed the presence of the substance.

According to the publication, the Brooklyn Nets player also admitted to possessing marijuana before being arrested and transported to the airport jail.

Shumpert, who is married to Teyana Taylor and has two children with her, Iman, 6, and Rue Rose, 1, was flying to Los Angeles on Delta Airlines at 3:00 p.m.

Iman expressed concern about missing the flight during a conversation with officers. He was then informed that he would not be able to board his flight. Cops also claimed that the Dancing With The Stars alum had 14 nine-millimeter rounds in his bag, as well as a Glock magazine, but no actual gun.

Because marijuana possession is a “State Jail Felony,” the Berwyn, Illinois native faces up to two years in prison and a $10,000 fine if convicted.

Iman made his NBA debut for the New York Knicks in 2011 at the age of 21, where he stayed for four seasons. He then played for the Cleveland Cavaliers from 2015 to 2018, with brief stints with the Sacramento Kings and Houston Rockets in between. Shumpert most recently played for the Brooklyn Nets in 2019, and he will return for a 10-day contract in 2021. He has since retired from professional basketball.

In his personal life, he married Teyana in 2014, and the couple had their first child a year later. The couple married in 2017 and went on to star in the reality show We Got Love Teyana & Iman.