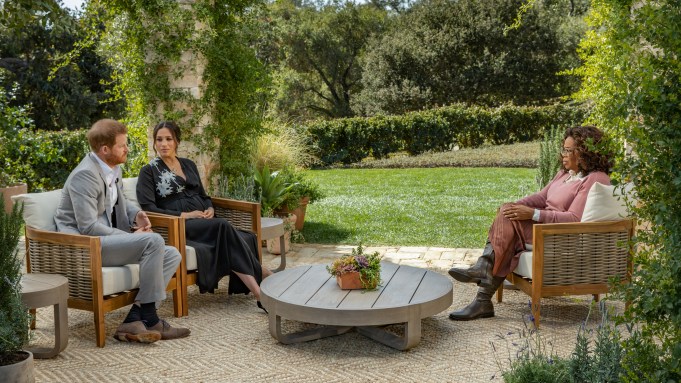 Are the attacks on Meghan’s character just the case of the world’s most famous family airing their dirty laundry or is there something more toxic here?

Ok the gloves are off. With the drop of their teaser trailers for their Oprah interview, Prince Harry and Meghan Markle have unleashed the full wrath of the Firm’s PR machine. Former palace aides disclosed to The Times that there had been a number of bullying complaints against Meghan whilst she lived at Kensington Palace. Meghan’s response was said through her spokesperson, “The Duchess is saddened by this latest attack on her character, particularly as someone who has been the target of bullying herself and is deeply committed to supporting those who have experienced pain and trauma”.

The latest teaser trailer from the Oprah interview also has Meghan claiming from her own lips that the Royal Family has “perpetuated falsehoods” about her and Harry. What is really shocking about this statement? The fact Meghan said it or the fact people can’t believe that the Royal family could possibly play a little rough? Really? An ancient institution, which has weathered and endured when other countries were getting rid of their monarchies like during the French Revolution and the Bolsheviks wouldn’t stoop to taking the gloves off? I personally find the timing of the bully claims suspicious with the Palace claiming to be “very concerned”. 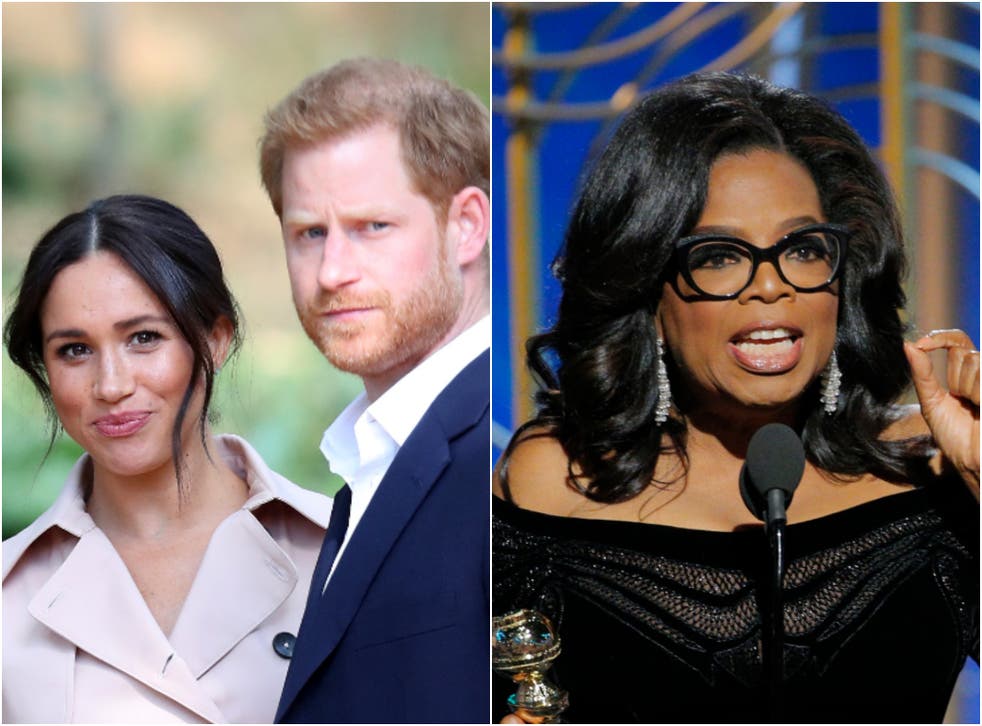 Also being accused of being a bully or aggressive is something many black women in the workplace can identify with as Tolly T of the Receipts Podcast said on Twitter, “The thing with white people is when they don’t know what else to say about you, they will just label you a bully. Because the world always falls for that one, the world always believes black women bully, they believe black women intimidate”.

It’s often wielded as a tool to hit you over the head with and keep you in check using racist stereotypes of the angry, out of control, savage, black woman to keep you in line. Is the same thing happening with Meghan?

I think the real issue with Meghan is steeped in racism. The minute she was engaged she was constantly referred to as descendants of slaves, coming from the Hood in LA and discussed in very minimalising language. Her private school, Ivy League education and charity was marginalised and replaced with one of an “uppity” social climbing madam. I think her real crime was not being one of the many Home Counties lovelies Prince Harry was probably expected to marry. 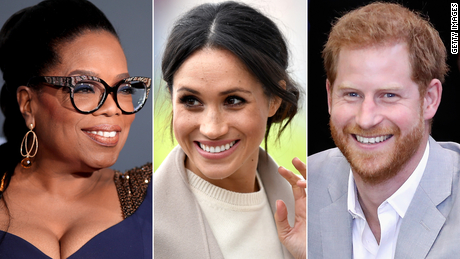 In light of BLM and what we now know of unconscious bias, do people really feel racism isn’t at play here? As a black woman I often experience treatment which should be a level 1 or 2 but with me is accelerated to a level 10 from being shouted at someone else’s mistakes or being accused of queue barging in a trendy Notting Hill cafe when trying to get a coffee. I had patiently waited my turn only to be screamed and humiliated at. My real crime was that the barista thought I didn’t belong there with the other Gwyneth Paltrow yoga-loving yummy mummies. It was only when one of these women demanded I be served that I was sheepishly served my flat white. That’s just a small example of the bile and unnecessary venom thrown at Meghan.

In light of Prince Andrew’s sexual assault accusations does Meghan’s supposed actions really compare? Where are the daily headlines demanding answers from Prince Andrew? I don’t see them? However, Meghan’s bullying claims are front and centre. It seems a little warped in my opinion. As Fedora Abu said on Twitter, “Yewande is a bully, Meghan is a bully, every black woman is a bully. I’m honestly tired of it”. 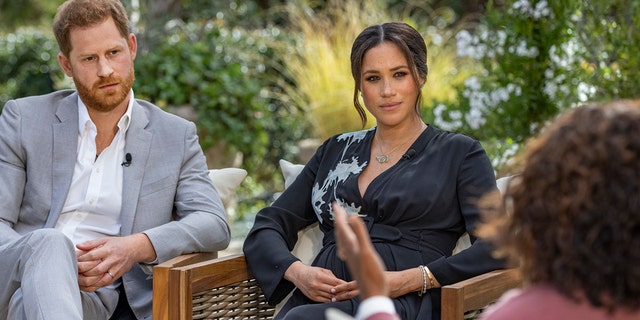 I think it’s time to stop hiding behind outdated, tired and demeaning stereotypes placed on black and mixed women. Trafficked Mixed heritage women were often sold to brothels during slavery and rubbed shoulders with the social elite. I honestly think Meghan is dealing with the hangover of this injustice. Meghan seemingly setting her cap and raising her expectations at a prince feeds into this social climbing femme fatale narrative created by the very people who trafficked women and sold them into sexual slavery centuries ago. The way Meghan has been treated has exposed how far we have to go when it comes to removing this sexist and racist viewpoint.

Is this all just the case of the world’s most famous family airing their dirty laundry or is there something more toxic here? Meghan is one of the most trolled women in the world and I include all the hateful headlines and commentary about her. In the first Oprah trailer she didn’t even speak and instead Prince Harry led the conversation, and yet, Meghan was the one vilified.

She’s been painted as the mercenary woman who whisked our royal prince away to the dreadful Americas. Prince Harry has been vocal on more than one occasion that he doesn’t want history repeating itself and that protection for his family was at the heart of the decision to step away from his royal duties and for the sake of their mental health. Even with this narrative, it seems that Meghan has received the full brunt of hateful treatment for years. I think it’s a good old-fashioned double dose of racism and sexism.

What exactly has she done to justify this hatred? Even if she was the “uppity”, gold-digging, tone deaf, whining, who-does-she-think-she-is figure people believe, does it equate to all the venom that’s been sent her way? She hasn’t partied with paedophiles or under-aged trafficked girls on a party island and she hasn’t had a decade-long affair with a third party behind his back. She’s pregnant with her second baby, living her life in California with her husband and child, trying to do some good and speaking her truth. Sorry, but what’s the problem?

I get it, there’s a thin line between whining and being heard and as Brits we have all been spoon fed the stiff upper lip mantra since birth. Should Meghan just curtsy, smile, shut up and wear nude tights for the rest of her life? Meghan’s situation reminds me a little of the #MeToo movement. When news dropped of all the historic abuse at the hands of Harvey Weinstein and other Hollywood power players, I had many conversations where people said ‘Well, what do you expect, they’re actresses?’ This old-school misogyny was so revealing. The message was simple: To be a woman, a performer in the public eye, the price you had to pay was having to drop to your knees and be sexually abused. Is that really the expectation?

Would anyone say the same to the CEO of a Fortune 500 company? That to get to that sweeping, high-rise corner office he had to drop to his knees and be passed around sexually?

In the same way does signing up to the Royal Family mean accepting a life of bullying, bile and trolling, just sucking it up with a smile? Shouldn’t we try and change the record when it comes to the way women who marry into the Royal Family are treated? I’m old enough to remember Princess Diana’s predatory hounding by the press and Sarah Ferguson’s fat and slut shaming.

Should Meghan just go away and be banished as so many people would seem to want? Maybe? But I totally understand her point of view. She played the game, she gave up her voice with her social media and charity work, she cut ribbons and was dutiful and people still came for her.

The double standards were eye watering, she was criticised for cradling her bump too much while Kate Middleton was heralded for cradling hers. Her baby was compared to a monkey, she was punished for cutting out toxic family members (I’ve done the same for my mental health) who wanted to hurt her and betray her trust.

Like the rest of the world I will be waiting to see the Oprah interview. The world is changing perhaps this is all part of that change.

Stunning Ghanaian Model Shows Us How To Celebrate #WearGhanaMonth

9 Celebrity Kids Destined To Be Next Generation Of Hollywood