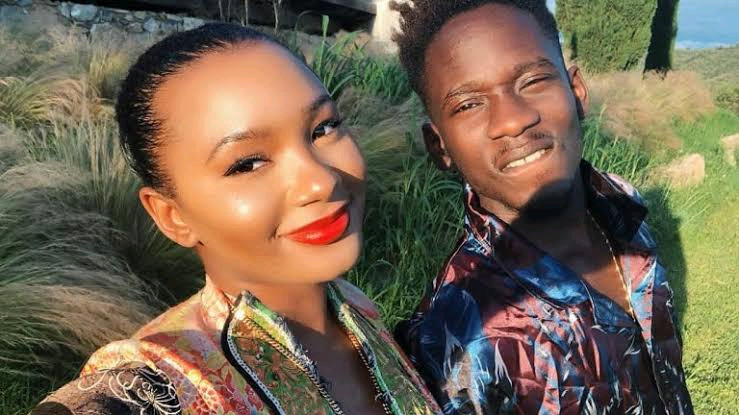 Singer, Mr Eazi has taken the bold step as proposes to his long term girlfriend, Temi Otedola and as expected she said ‘Yes!”.

The duo who have been dating for a while now are finally taking the bold step into marriage, as Mr Eazi proposed.

The daughter of the business mogul posted a video of the proposal in London.
Celebrating with her sister, DJ Cuppy tweeted that she has a wedding to plan.

Nigerians have, however, taken to their social media pages to congratulate the couple.

It would be recalled that Mr Eazi had earlier shut the mouth of critics who said he is only fluanting his girlfriend because she is a Billionaire daughter.

"He has secured the bag" - nigerians react to Mr Eazi proposal to billionaire daughter, Temi Otedola

Temi Otedola Reveals How She Knew Mr. Eazi Was The “One For Her”

“He has secured the bag” – nigerians react to Mr Eazi proposal to billionaire daughter, Temi Otedola