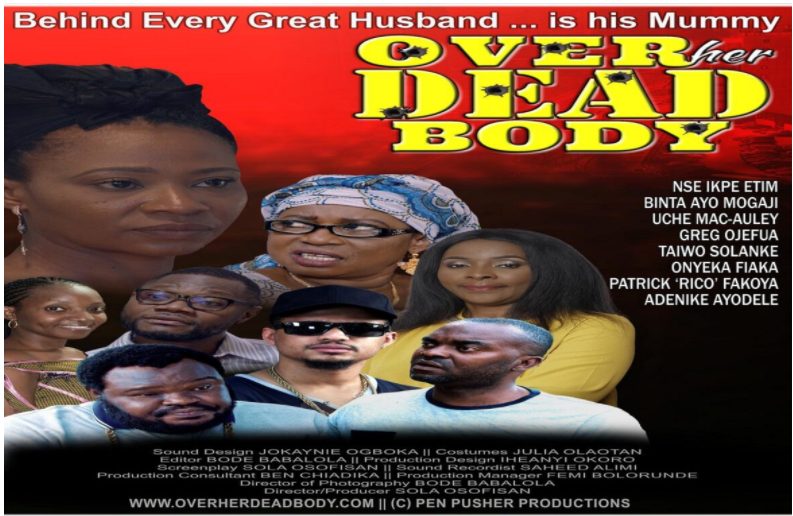 When performers like Nse Ikpe Etim appear in a film, some people can predict how interesting the film will be. So, let’s see if Over Her Dead Body, a Nollywood film, is as intriguing as everyone has promised.

Zara, a young lady whose mother-in-law despised her inability to conceive a child for her son, is the protagonist of Over Her Dead Body.
She brings a woman to the house for her son, but despite her best efforts, she is unable to get him to sleep with the new wife.

Zara’s husband asked her opinion about acquiring a second wife one day, and she told him that he could only have a second wife over her dead body. He pretended to be dying on another occasion in order to persuade Zara to take a second wife or divorce her. She continued to reject, claiming that she could only agree to it Over Her Dead Body.

As soon as she said that, her mother-in-law collided with a hired assassin, who was hired to kill Zara so that her son could have a second wife. Is Zara dead? Is her strategy working? You’ll have to figure it out for yourself.

Over Her Dead Body’s storyline is weak, and all it depicted was a sloppy writer who just wanted to put something out there. The story had not been put together with much care, as evidenced by the story’s loose ends. The film’s conclusion demonstrated the writer’s disinterest in producing a professionally written plot.

Although the film is a comedy, a more structured story would have been appreciated given that it does not pass as a feel-good film. Over Her Dead Body, on the other hand, contains interesting and compelling dialogue, which salvaged the film.

The actors carried the picture, and many people would have left the theater before the finish if it hadn’t been for the great acting. The performance was so outstanding that the story’s flaws were easily overlooked.

Without a question, Nse Ikpe Etim is a stunning actress who is a joy to watch. In Over Her Dead Body, she did an excellent job at portraying her character. Ayo Mogaji, too, has always been a joy to watch, and she did not disappoint in delivering the comedy in the greatest possible way.

Even though the film lacked a star-studded cast, the performers were able to carry the tale without boring the viewers. Big kudos to you.

Read Also: Experts Predict Which Bitcoin Rivals to Watch Out for in 2022
The directing is as bad as the plot, but given that the film was directed by the same writer, one can’t expect too much.
Some errors in the picture cannot be overlooked, such as when Zara furiously leaves her house in the middle of the night and a stranger appears and hands her a phone so she can call her buddy. What was the source of the stranger? How did she get him to hand over his phone?
Also, in a house where the mother-in-law walks in whenever she wants, why hasn’t the wife thought to lock the room? It didn’t feel quite right.