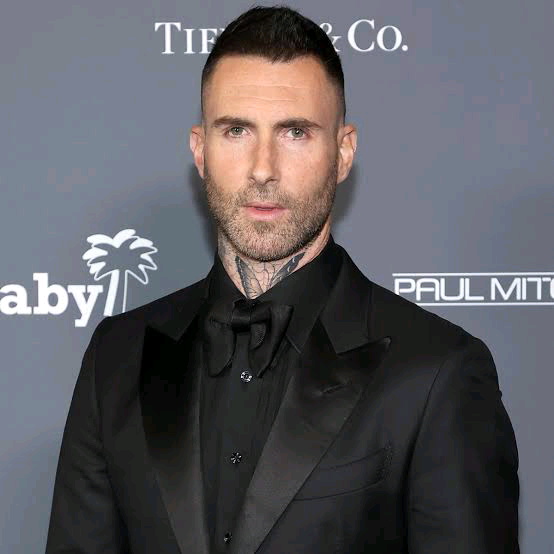 More incriminating evidence have surfaced online showing that Adam Levine had indeed been flirting with a lot of female fans. 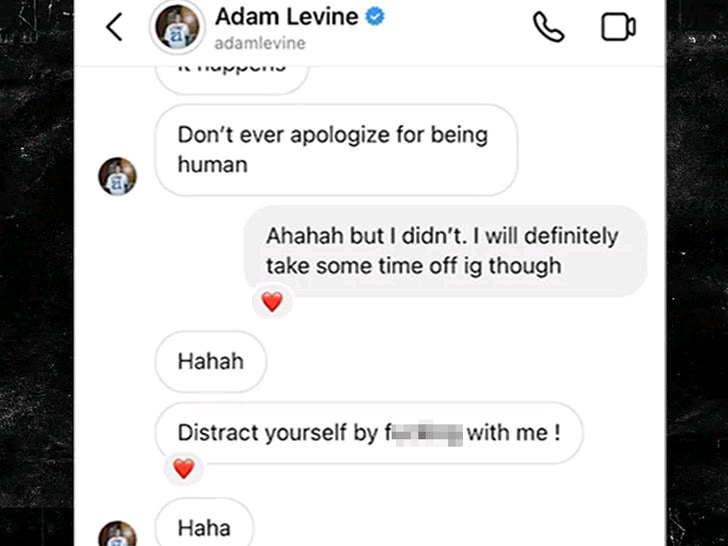 In a screenshot posted online by TMZ, the singer is allegedly seen telling an American comedian, “Distract yourself by f****** with me,” in a series of screencaptures that were uploaded on Tuesday by the comedian who goes by the name, Maryka.

Read Also: “I did not have an affair” – Adam Levine denies intimacy with IG model

Levine allegedly sent Maryka a private video in which he says, “I’m stupid,” though it’s unclear exactly what he was trying to convey. Maryka also posted the video. 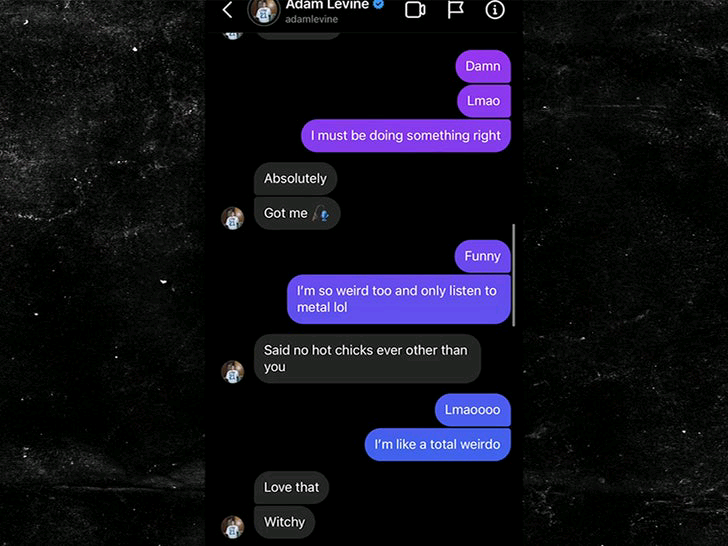 I shouldn’t be talking to you, you know (right),?” was one of the DMs that another woman, Alyson Rosef, allegedly received from Adam and posted online.

Levine is accused of saying, “Said no hot females ever other than you,” in response to Alyson’s claim that she only enjoys metal music during another interaction.

The singer who was accused of having extra marital relationship with an IG model seem to be getting deeper into the infidelity mud as more evidence surfaces.