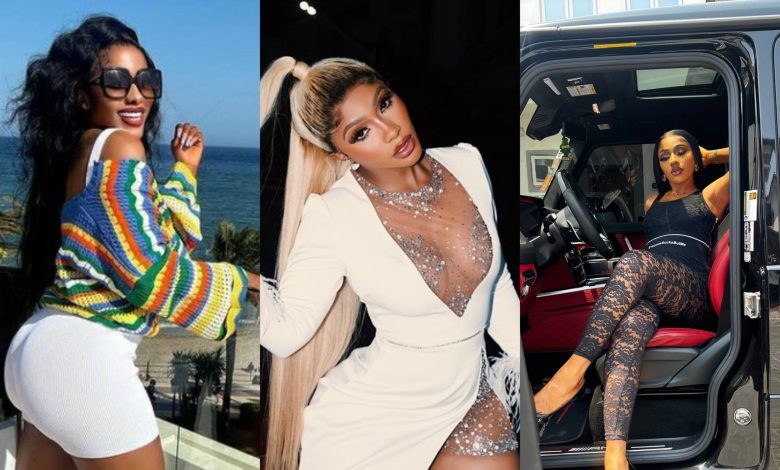 Glamsquad reports that even after acquiring wealth, a brand ambassador Mercy Eke took to Twitter to express his unhappiness.

Mercy Eke, the winner of BBNaija Season 4, posted a cryptic tweet in which she stated that she despises the celebrity lifestyle.

Even after acquiring wealth, the brand ambassador took to Twitter to express his dissatisfaction.

“Money is not happiness, I hate this life,” Mercy Eke tweeted on Saturday night.

Many fans react to the statement, as some disputed it while others expressed concern about her mental health.

See some of the reactions below as captured by glamsquad, 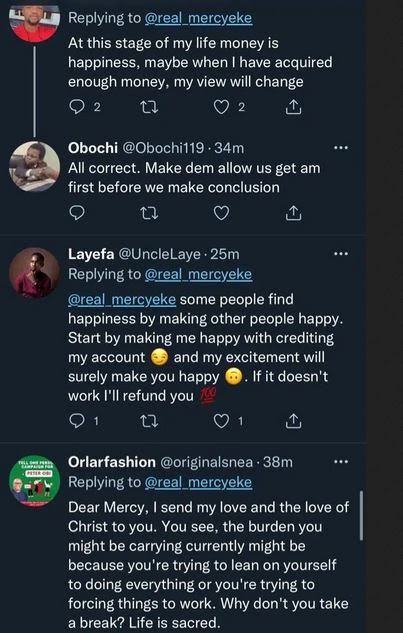 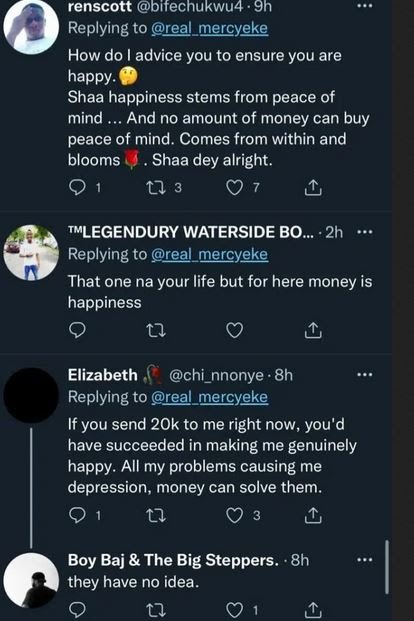