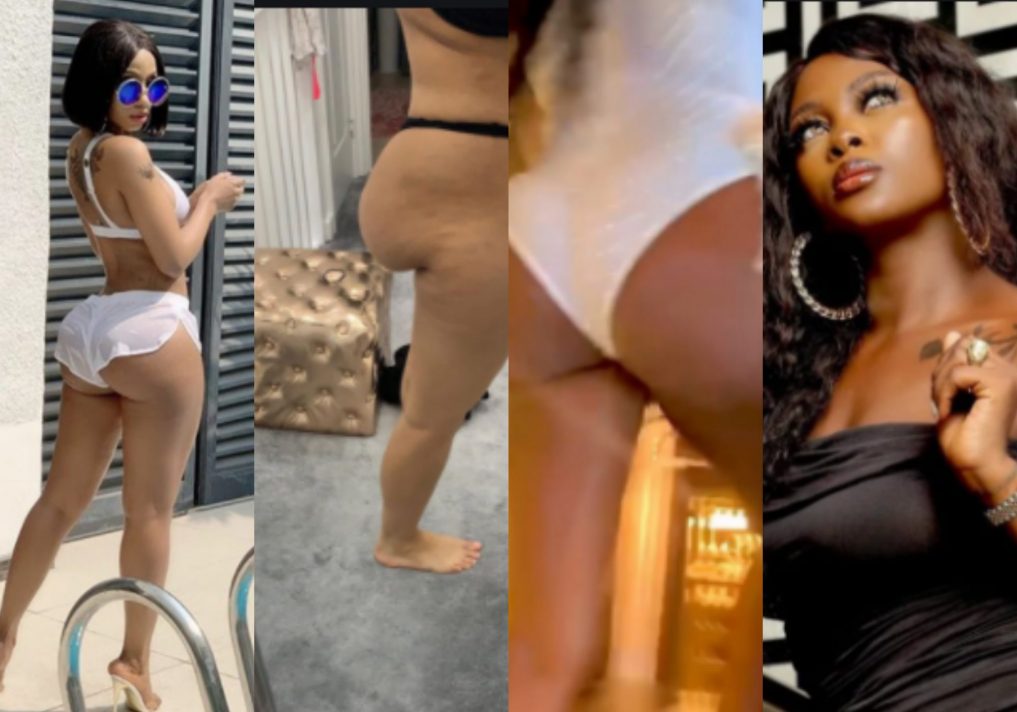 As the number of plastic surgeons in the country grow rapidly, the rate at which Nigerian celebrities undergo body enhancement surgeries is becoming alarming.

BBL and other body enhancement surgeries are becoming rampant among Nigerian socialites and celebrities.

In Nigeria and Africa, a Brazilian buttock lift (also known as fat grafting or fat transfer) is a natural buttock enlargement treatment in which fat cells are collected from one part of the body and transplanted to the buttocks.

Other methods used for this procedure include butt injections with Hydrogel, Silicone and other substances.

Glamsquad Magazine presents to you Nigerian celebrities with botched behind;

Mercy Eke came into limelight after winning the Big brother Naija, 2019 reality TV show. She captured the attention of the viewers after she stormed the show with her massive backside.

She would later open up about going under the knife to achieve the shape.

However, Nigerians were thrown into  a state of shock after a recent video of the Igbo-born reality TV star’s bare butt hit the net by mistake.

The sagged butt stirred up reactions from her fans and followers.

Ka3na who is also a Big Brother Naija reality TV alumni opened up in the show on going under the knife.

A video of Ka3na’s disfigured behind also made the rounds online of recent.

Bobrisky, a controversial self-acclaimed Nigerian male barbie doll made the rounds online months ago after the alleged that he went under the knife.

READ ALSO: I want my life back – Bobrisky cries out after plastic surgery

A video of his alleged rotten and reddish behind has since gone viral.

We don’t have much to say, just watch it below:

Benefits Of Accountability Partner And Why You Need One