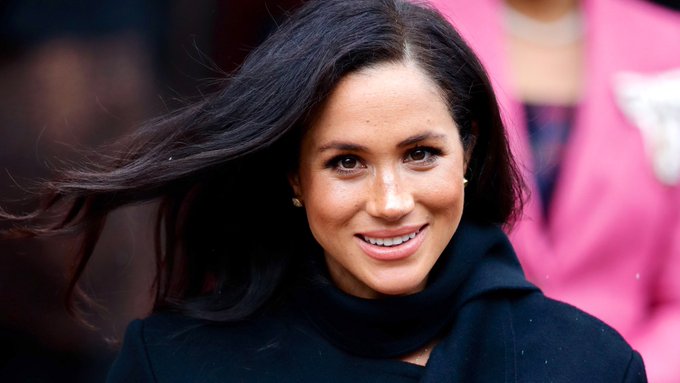 — 𝐁𝐑𝐄𝐀𝐊𝐈𝐍𝐆 𝐁𝐀𝐁𝐘 𝐍𝐄𝐖𝐒 —
Duchess Meghan went into labour in the early hours of this morning, Buckingham Palace confirm. Prince Harry was by her side. More details to follow.

Details on what hospital Meghan is in will not be shared. Buckingham Palace previously announced that Meghan and Harry had decided to keep the details of their baby’s birth private. Meghan will not make an appearance immediately post-birth with her baby. She, Harry, and Baby Sussex are expected to make a photo call days after the birth at Windsor.

In their only statement addressing birth details, the Palace wrote, “The Duke and Duchess of Sussex are very grateful for the goodwill they have received from people throughout the United Kingdom and world as they prepare to welcome their baby. Their Royal Highnesses have taken a personal decision to keep plans around the arrival of their baby private. The Duke and Duchess look forward to sharing the exciting news with everyone once they have had an opportunity to celebrate privately as a new family.”

Baby Sussex’s near-arrival comes just weeks after Meghan started her maternity leave. Meghan was still working in mid-March. A source close to her and Harry told  ELLE.com then that Meghan was 4-5 weeks away from giving birth (putting her due date at mid-April) and was feeling great in her last weeks of pregnancy. She was winding her schedule down at the end of March, taking private meetings for her charity work.

Meghan made her last public appearance on March 19 when she and Harry visited New Zealand House to pay tribute to the victims of the Christchurch terrorist attack.

The gender of Meghan and Harry’s baby isn’t known yet, but that will change in hours. It will not be a surprise to the couple though. ELLE.com was previously told by sources close to the Duke and Duchess of Sussex that they knew whether they were having a boy or girl and just elected to keep it a surprise from the public. Kate Middleton and Prince William did the same with all their babies.

ALYSSA BAILEYNews and Strategy EditorAlyssa Bailey is the news and strategy editor at ELLE.com, where she oversees coverage of celebrities and royals (particularly Meghan Markle and Kate Middleton).

Royal author calls out Meghan Markle, says ‘Ellen’ appearance was the ‘opposite of dignified’

Shock as Meghan Markle is named ‘most respected royal’