Ever seen a tribe that offers sex to guest? Well here is one! Meet the Himba people,the Himba people in Namibia are a unique set of humans whose culture has a twist that most of people will frown upon. 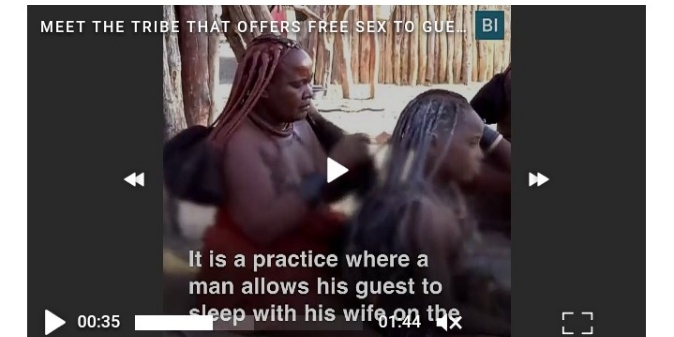 They are often called the Ovahimba or Omhimba people who live in the Kunene region of Namibia. one of their cultures are that they give sex for free to their guests and also they adorn newborn with bead necklaces.

As if these are not enough, the tribe lives in isolation and work hard to ensure that their beliefs and culture is not contaminated in any form by outsiders.

Strange right? But well at the end of the day every man to his or her culture and believe, it may seem ridiculous to some but the better option to them .

Some of the villagers are socially inclined and very religious, reversing and worshiping their ancient gods.

Polygamy is being practice and young girls are married off at their early ages.

However, not taking their bath is strange. Before you are taking aback, the reason why they don’t bath with water is because of the harsh climatic situation in their region. 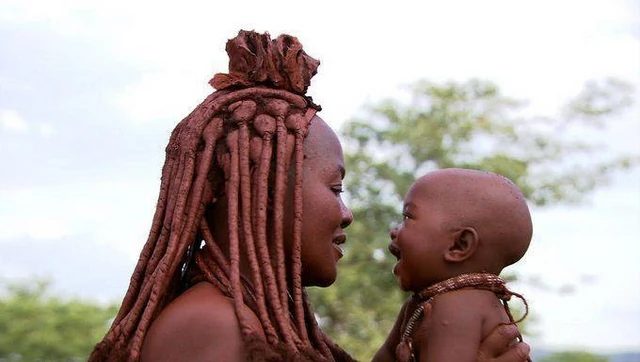 The fact that they do not bath doesn’t mean that they look less pretty. When you find them on their traditional attire, they look great while some have their bodies exposed like the women.

The world ‘Black is Beautiful’ really applies to them because there women are black and beautiful regardless.