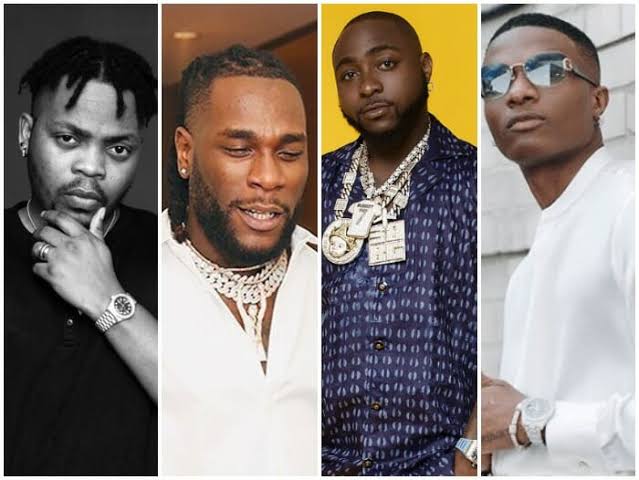 Nigeria is a blessed nation. The country is full of mindblowing talents. The truth is that there are top musicians in Nigeria that have been able to sustain the test of time.

In this article, let’s have a look at top 30 most influential musicians in Nigeria. 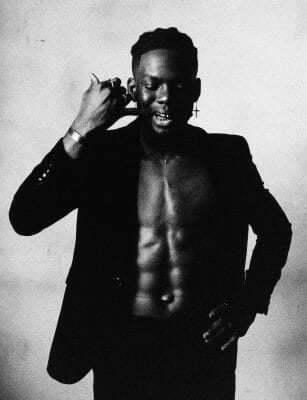 Divine Ikubor (born May 1, 2000), better known as Rema, is a Nigerian singer and rapper.

He rose to prominence after his song “Iron Man” was included on Barack Obama’s 2019 summer playlist.

He signed a record deal with Jonzing World, a subsidiary of Mavin Records, in 2019. 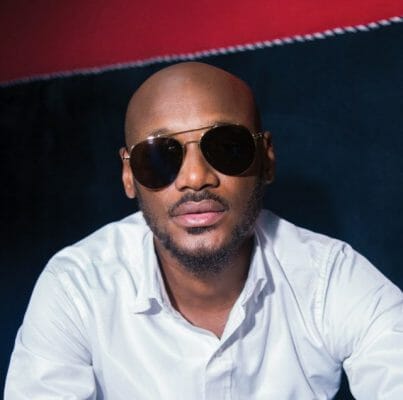 He is one of Africa’s most decorated and successful Afro pop artists.

In 2019, he released his debut studio album, Laughter, Tears, and Goosebumps.

At the 2020 Soundcity MVP Awards Festival, he won Listener’s Choice and was nominated for Song of the Year for “Jealous.” 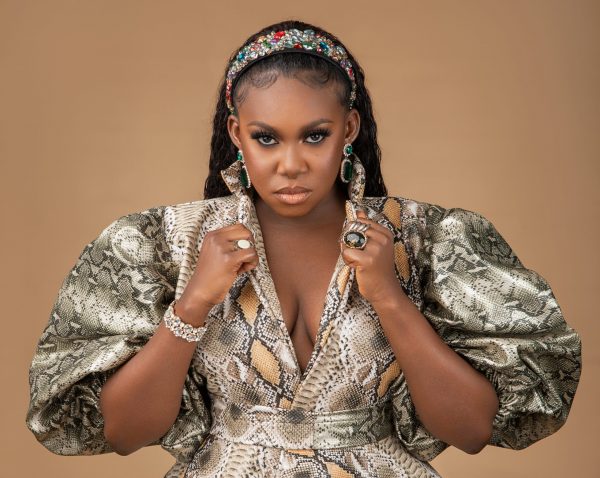 In 2013, she competed in the sixth season of Project Fame West Africa.

She was nominated for Most Promising Act to Watch at the 2015 Nigeria Entertainment Awards after releasing her debut single “Ibadi.” 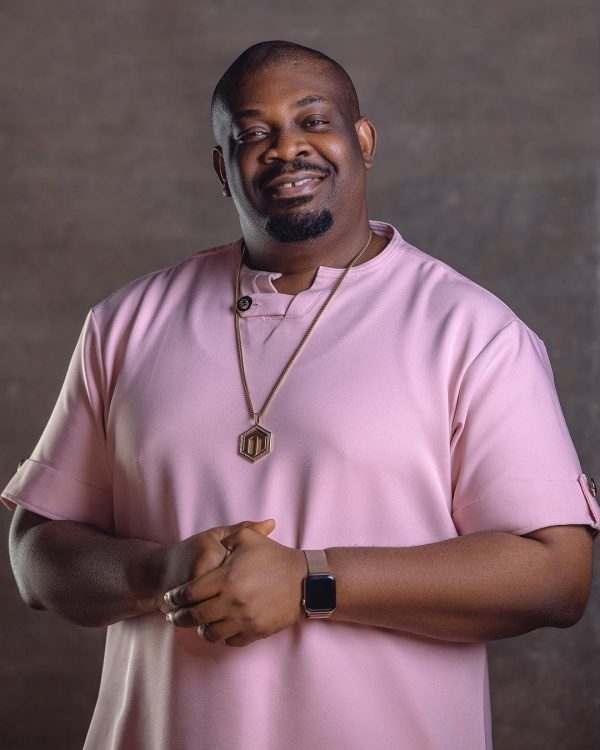 Don Jazzy was born on November 26, 1982, in Umuahia, Abia State, to Collins Enebeli Ajereh and Mrs Ajereh; his father is from Isoko, Delta State.

Don Jazzy is the founder and CEO of Mavin Records. He previously co-owned the defunct Mo’ Hits Records record label with Dbanj.

Olamide is from Ogun State. 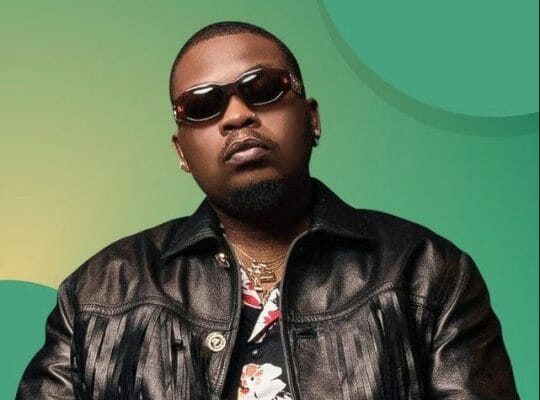 Also, Ijebu-Itele is the hometown of popular rap artist Olamide Baddo, who has referred to the town as his father’s hometown in some of his songs.

He records in Yoruba and English, and while signed to Coded Tunes, he released his debut studio album Rapsodi in 2011. 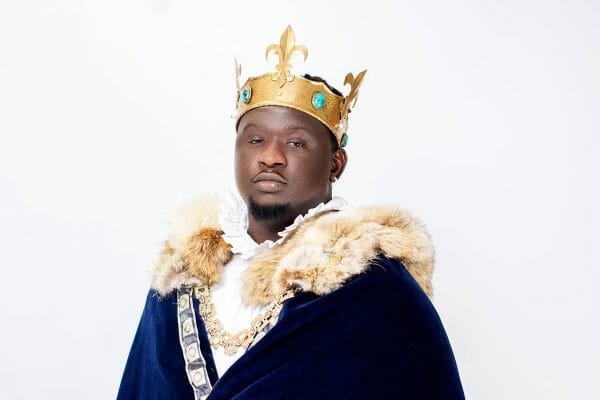 Wande Coal, a Nigerian singer, songwriter, and producer, pioneered the sound of Afrobeats while becoming an international star with his yearning for romantic ballads.

Wande Coal Coal began singing in a church choir as a teenager and worked as a dancer before signing with the Nigeran label Mo’Hits in 2006.

Coal was a member of the Mo’Hits All-Stars on the 2007 compilation Curriculum Vitae. 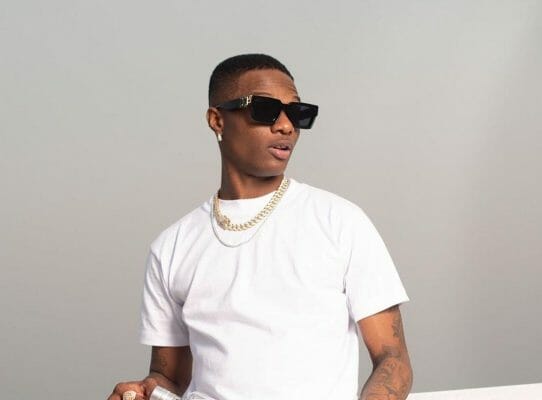 He signed a multi-album deal with RCA Records in March 2017, after receiving several international music nominations and awards.

He appeared on Beyoncé’s project The Lion King: The Gift in 2019 on the collaboration “Brown Skin Girl,” which earned him a Grammy Award for Best Music Video.

Made in Lagos, his fourth album, was released in October 2020 to widespread commercial and critical acclaim.

The single “Essence” from the album became the first Nigerian song to chart on the Billboard Hot 100. 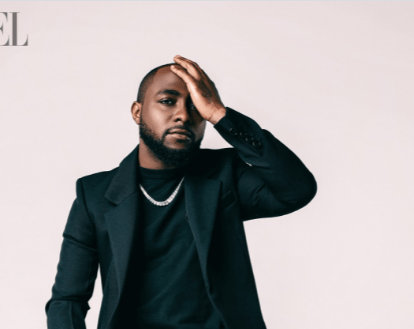 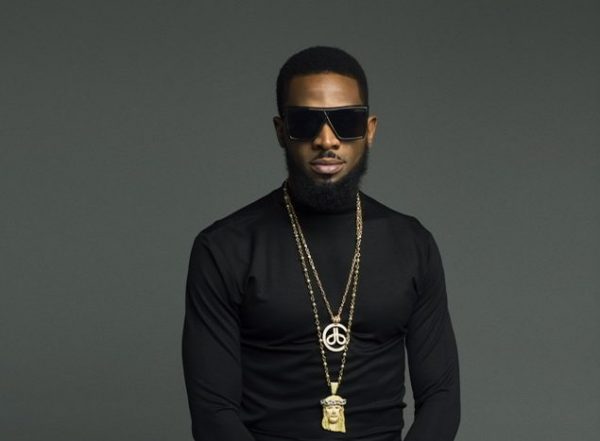 He has received numerous music awards, including Best African Act at the 2007 MTV Europe Music Awards, Artist of the Year at the 2009 MTV Africa Music Awards, and Best International Act: Africa at the 2011 BET Awards.

D’banj, also known as the Kokomaster or Bangalee, was born on June 9, 1980, in Zaria, Nigeria, to a military officer who commanded an artillery regiment and a devout church dignitary businesswoman from Shagamu, Ogun State. 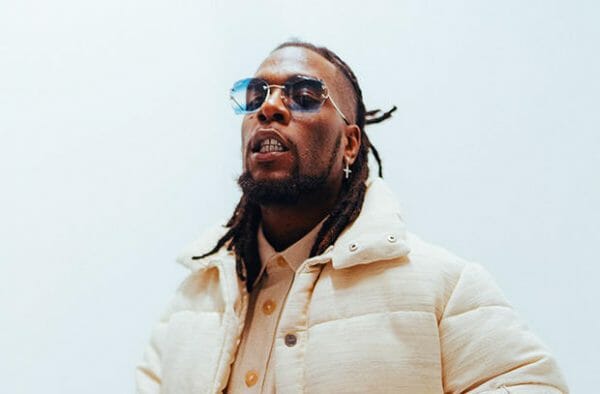 Burna Boy, born Damini Ebunoluwa Ogulu, is a Nigerian singer, songwriter, rapper, and dancer. He is one of Africa’s most famous and successful artists.

Outside, his third studio album, marked his major-label debut, and he won Best World Music Album at the 63rd Annual Grammy Awards in 2021. 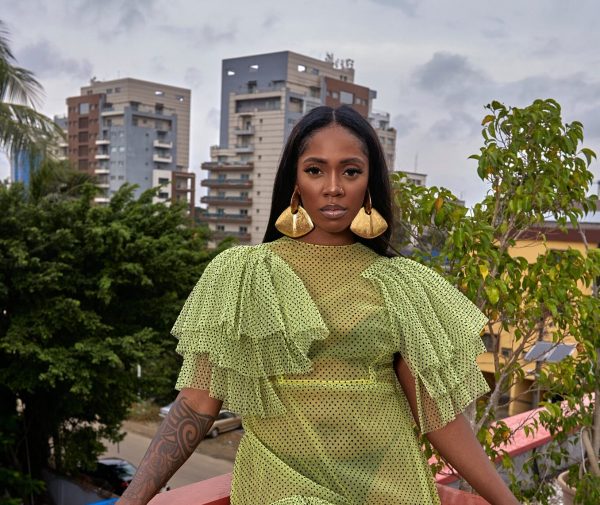 Tiwatope Savage is a Nigerian singer, songwriter, and actress who was born on February 5, 1980.

She was born in Isale Eko and moved to London for secondary school when she was 11 years old. She began her music career five years later, doing backup vocals for artists such as George Michael and Mary J. Blige.

Savage signed a publishing deal with Sony/ATV Music Publishing in 2009 after appearing on The X Factor UK and graduating from Berklee College of Music. 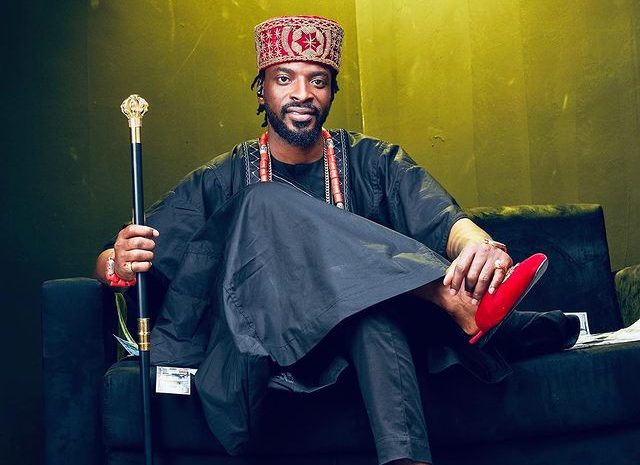 9ice is a Nigerian musician, songwriter, and dancer who was born Alexander Abolore Adegbola Akande.

He is well-known for his powerful use of Yoruba in his music, as well as his proverbial lyrics and distinct delivery style. 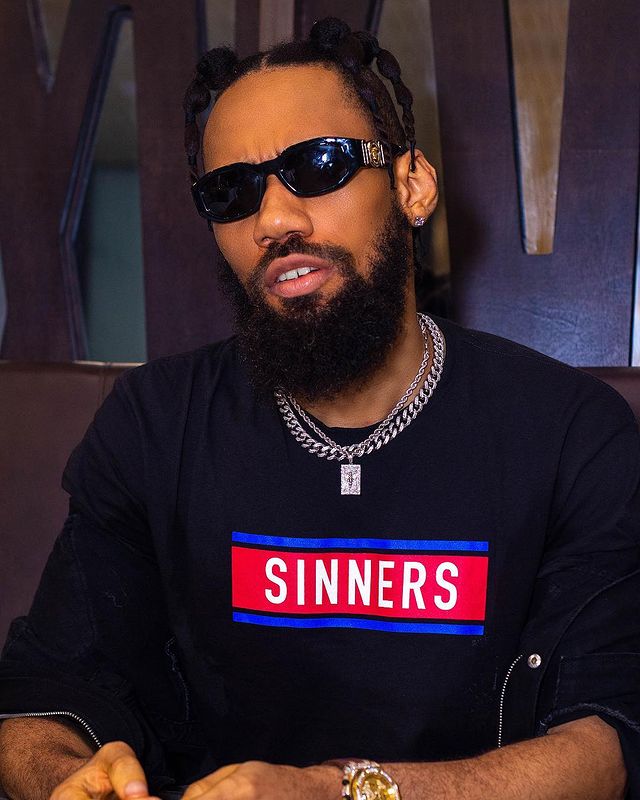 Chibuzor Nelson Azubuike was born and raised in Enugu State, despite being an Anambra State native.

In 2014, he released his debut studio album, No Guts No Glory. 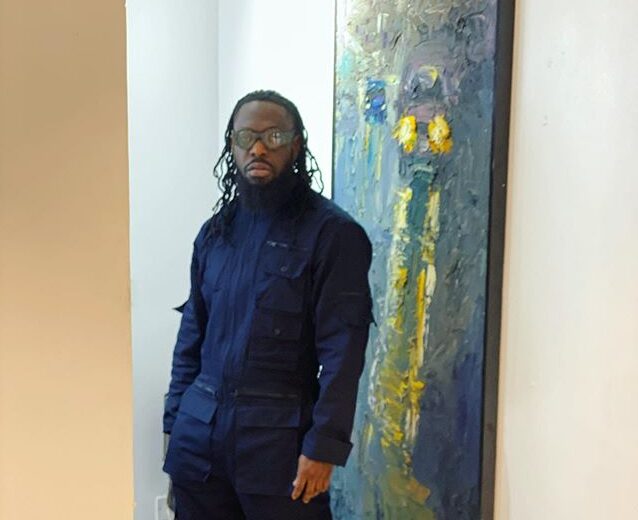 He is the founder of DM Records Limited and is from Odi, Bayelsa state.

His solo career began in 2005, with the release of “Dem Mama,” which was also included on his debut album, True Story, which was released the following year.

Gift and Grace, his second album, was released in 2008.

Douglas Jack Agu, better known as Runtown, is a Nigerian Afrobeats artist who debuted in 2007 and rose to international prominence in the mid-2010s.

After years of flying under the radar, Runtown released his breakthrough single, “Gallardo (feat. Davido),” which won Best Collaboration at the 2014 Nigeria Entertainment Awards.

His debut album, Ghetto University, was released in 2015 and featured A-list collaborators such as DJ Khaled and Wizkid.

With the 2016 single “Mad Over You,” he scored his first global hit, reaching the Top 40 of the Billboard + Twitter Top Tracks chart.

In 2017, he was named African Artiste of the Year by the Vodafone Ghana Music Awards. 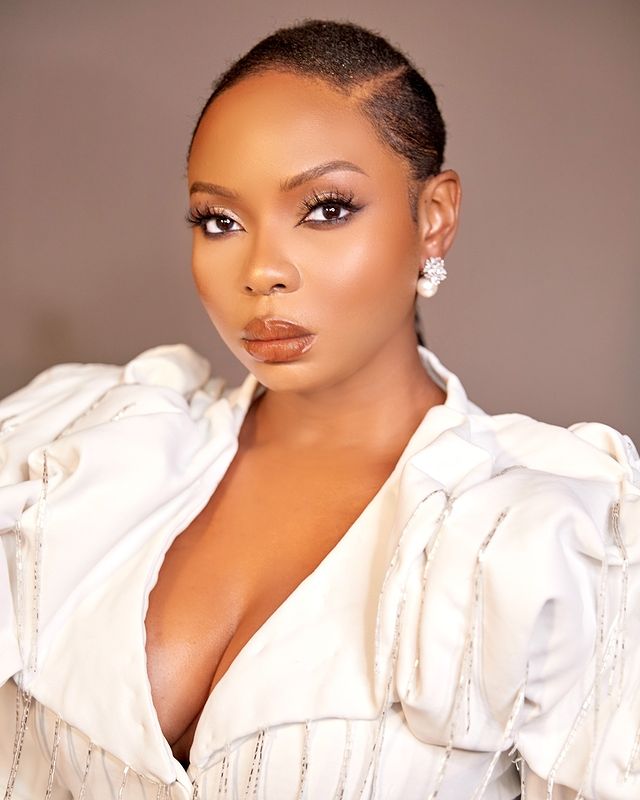 Yemi Eberechi Alade is a singer, songwriter, actress, and activist from Nigeria.

After winning the Peak Talent Show in 2009, she signed with Effyzzie Music Group and had a hit with her single “Johnny” in 2014.

Yemi has since gained prominence in the music industry and is regarded as one of Africa’s most prominent artists.

Following the release of her albums King of Queens and Mama Africa, and the huge commercial success of both albums, she embarked on a string of world tours.

She was nominated for Artiste of the Year in 2015 and won the MTV African Music Awards for Best Female in 2015 and 2016. 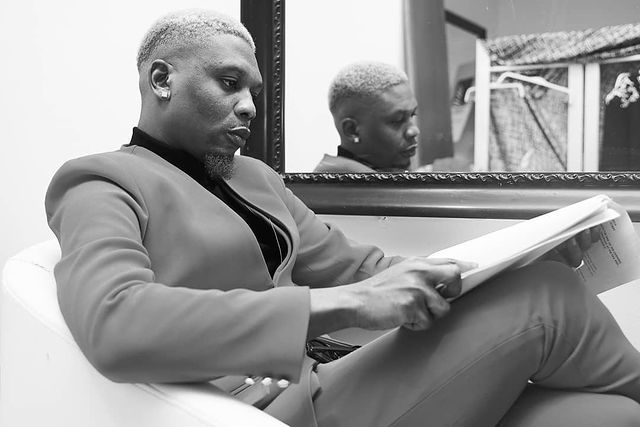 He has mastered the art of performing in both English and Yoruba, his native language 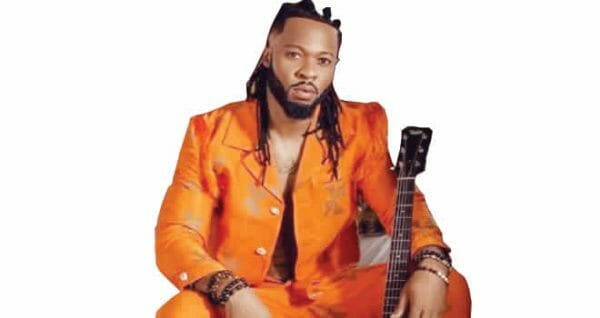 Chinedu Okoli is a Nigerian singer, songwriter, and multi-instrumentalist better known by his stage name Flavour N’abania or simply Flavour.

He got his start in music as a drummer for a local church. Flavour is well-known throughout Africa and the rest of the world for his hit song “Nwa Baby (Ashawo Remix).”

He is currently under contract with 2nite Entertainment.

He is best known for his singles “Woju” and “Yeba,” and he previously performed under the stage name Kiss Daniel before changing it in May 2018.

In November 2017, he established the Fly Boy Inc record label. 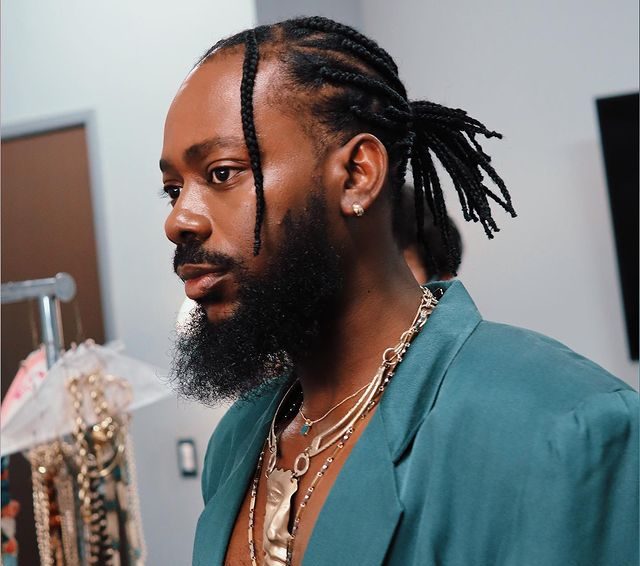 He rose to prominence following the release of his 2015 hit single “Sade,” a highlife cover of One Direction’s “Story of My Life.”

He signed a record deal with YBNL Nation in 2015, and his debut studio album Gold debuted at number seven on the Billboard World Albums chart. 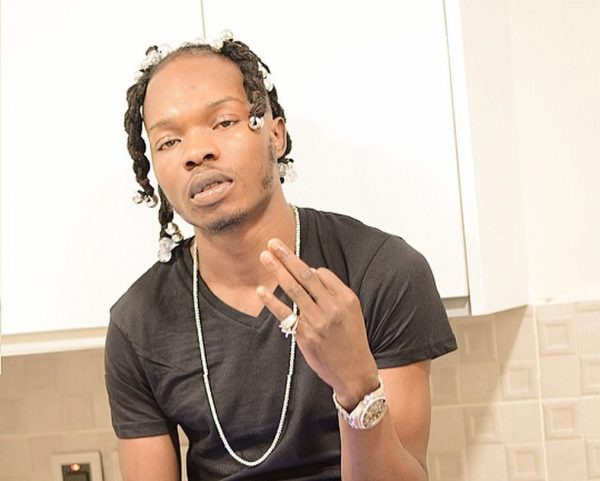 The trial of Naira Marley has been postponed by the court.
He is the president of his contentious fan base, the “Marlians.” Despite the fact that his controversial 2019 single “Am I a Yahoo Boy” drew the ire of the Nigerian government, the song propelled him to the top of Billboard’s World Digital Song Sales chart for the first time.

His 2019 hit single “Soapy,” an ode to self-pleasure inspired by his own brief incarceration, spawned yet another viral dance trend.

Naira Marley, one of Nigeria’s biggest stars, walks the line between Afrobeats and hip-hop while dropping a slew of hit records. 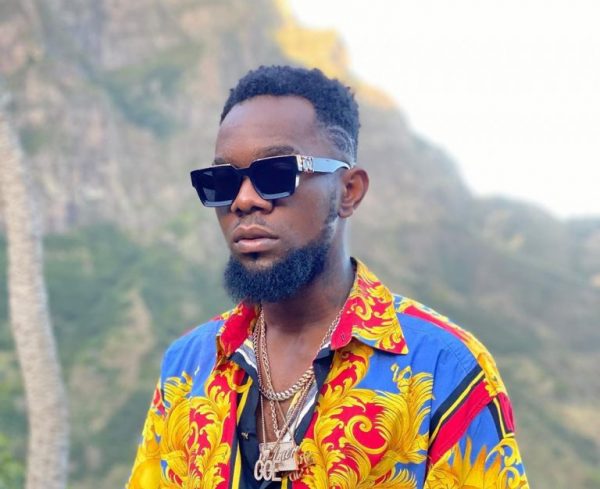 Patoranking, a Nigerian dancehall singer who began as a street performer before rising to national prominence, is known for his music’s signature African fuji rhythms and strong social messages.

When Nigerian singer Timaya appeared on his bouncy reggae anthem “Alubarika,” the story of the former carnival dancer’s rise from “nothing to something,” he broke through in 2014.

Ikuforiji Olaitan Abdulrahman is the artist’s real name, but he is better known in the music industry as Oxlade.

He was born on April 22, 1997, and was raised by his grandmother after his mother died when he was young. 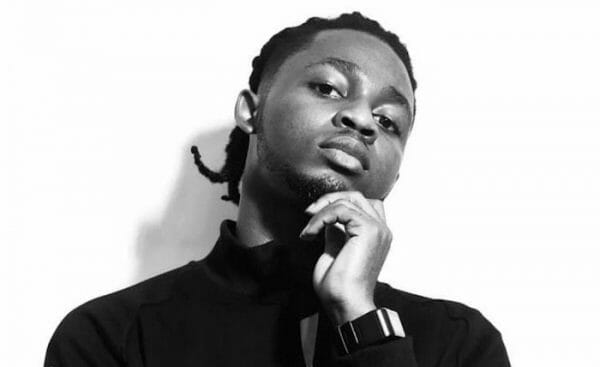 Omah Lay (born Stanley Omah Didia on May 19, 1998) is a Nigerian singer. In April 2019, he released his self-produced debut single “Do Not Disturb.” 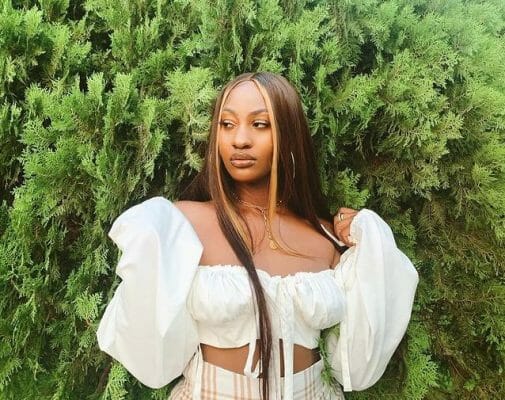 Tems Temilade Openiyi was born in Lagos, Nigeria, on June 11, 1995. Tems, who was born in Nigeria to a Nigerian mother and a British-Nigerian father, moved to the United Kingdom shortly after birth.

Her parents divorced when she was five, and she moved to Ilupeju, a city in Lagos State, before moving to Lekki, and then to Ajah. 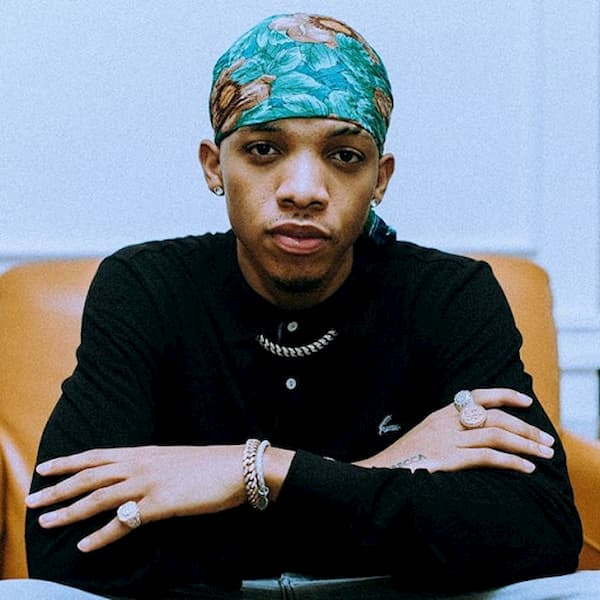 Tekno (born Augustine Miles Kelechi on December 17, 1990) is a Nigerian singer and songwriter.

Tekno Kelechi is from the Ivo Local Government Area in Ebonyi State, and he was born in Bauchi State into a family of six children, five boys and one girl.

He grew up in various parts of the country, including Nasarawa, Kaduna, and Abuja. 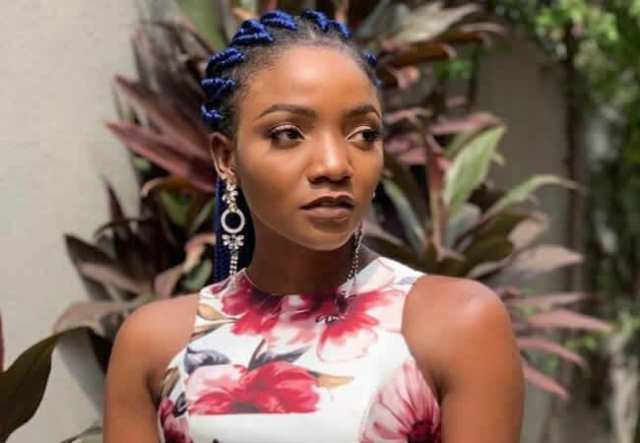 She began her career as a gospel singer, releasing her debut studio album, Ogaju, in 2008.

She rose to prominence in 2014 with the release of “Tiff,” which was nominated for Best Alternative Song at The Headies 2015.

Teniola Apata, better known as Teni, is a Nigerian singer, songwriter, and entertainer who was born on December 23, 1992.

Teni was born in Lagos state on December 23, 1992, and is the younger sister of Nigerian singer Niniola.

She attended Apata Memorial High School before moving on to American InterContinental University, where she earned a bachelor’s degree in business administration.