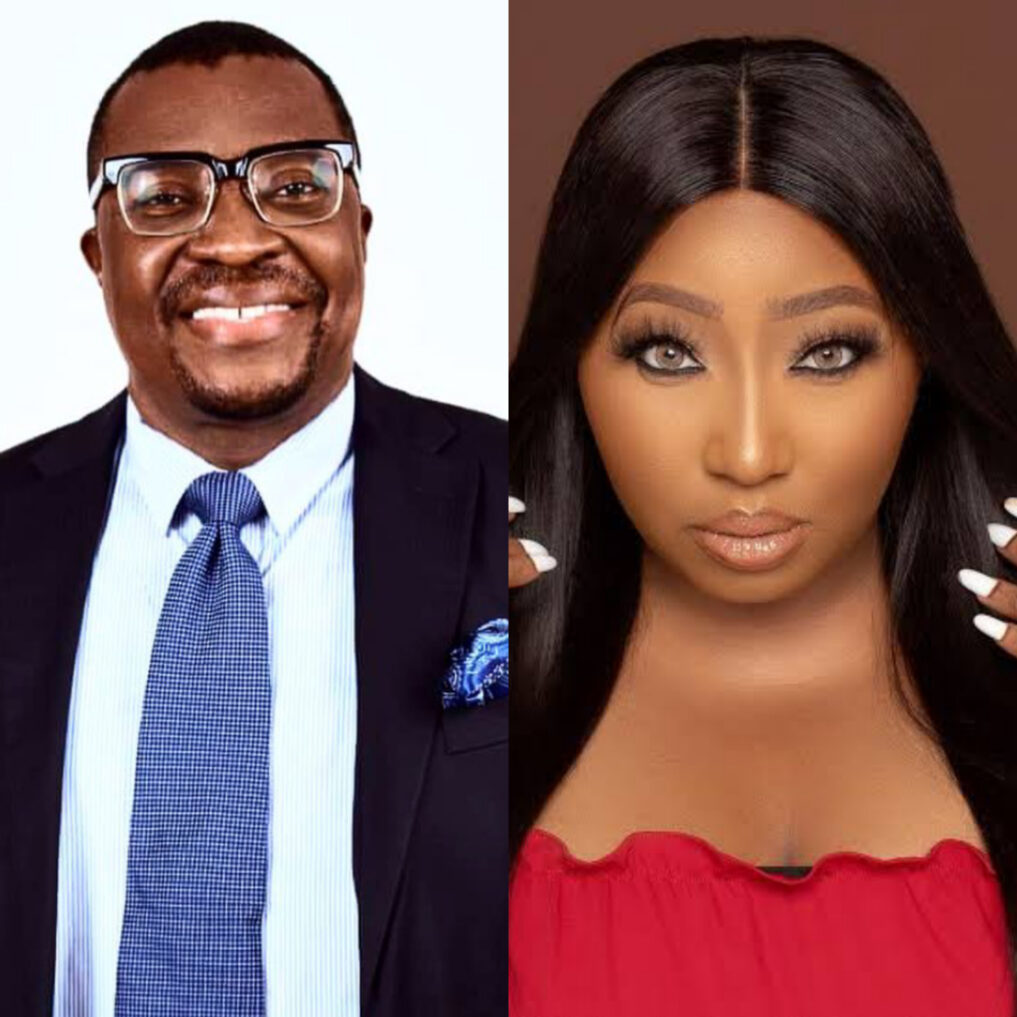 Media personality, Latasha Ngwube, better known as Latasha Lagos has reacted to the video of comedian, Ali Baba after he questioned the source of wealth of some Nollywood actresses.

Glamsquad reported that in the video, Ali Baba tackled upcoming actresses who post about the lavish lifestyle they can’t afford.

He also noted that actresses create tension among young girls whenever they flaunt their lifestyle. Watch here

However, Latasha disagreed with him as she labelled the video “sexist” and beneath him. She also said his approach sounded like an attack on women.

”With all due respect Uncle Ali, I don’t think you’re the person best suited to take on this topic. I think it’s beneath you and smacks of sexism.

“There are many male actors who are also doing the “wrong things” and engaged in illicit sexual activity with (older) women for pay and even other senior men. Your approach sounds like an attack on women when we should be focused on all genders and the pressures they put men and women under with their deceptive lifestyle. P.s. even those you identified that do business, it’s still not guaranteed that their ways are pure.” 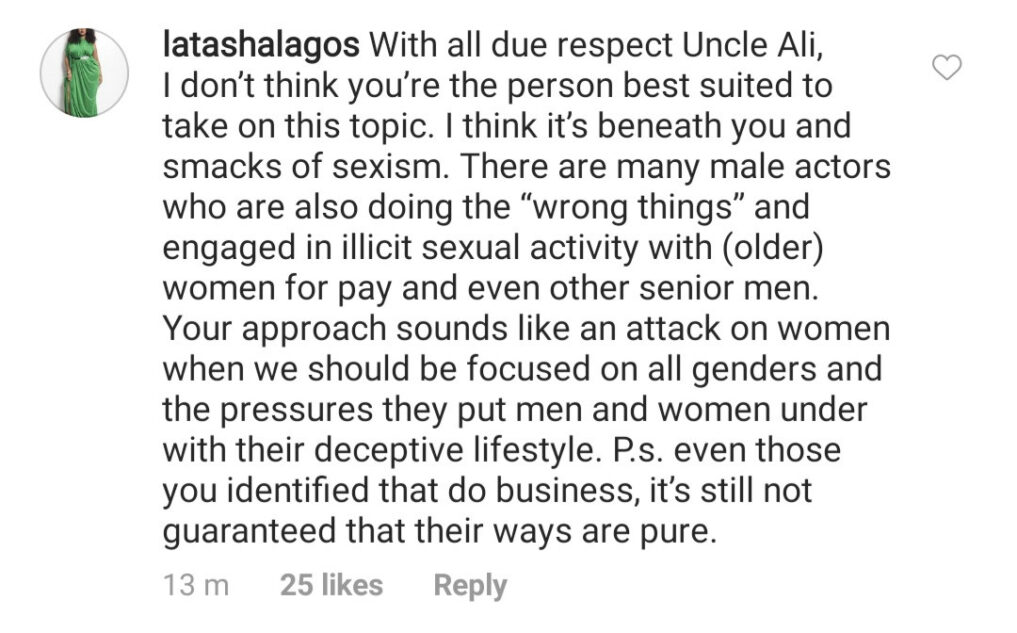