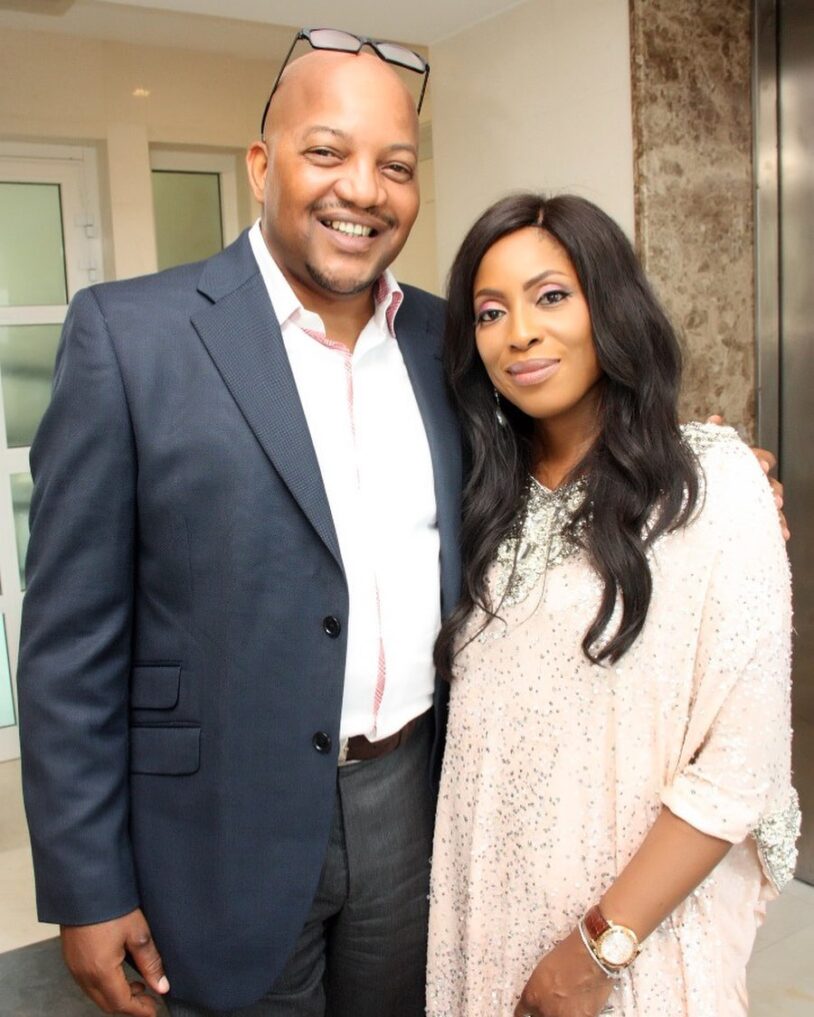 Mo Abudu who is the founder of EbonyLife Group took to her Instagram page to share a picture of herself and the deceased which they took eight years ago on her 50th birthday.

In her caption, she reminisced on how the deceased would always call to check up on her, how he encouraged her always and celebrated her wins. She went on to reveal how he gave without asking for anything in return.

Read her caption below; 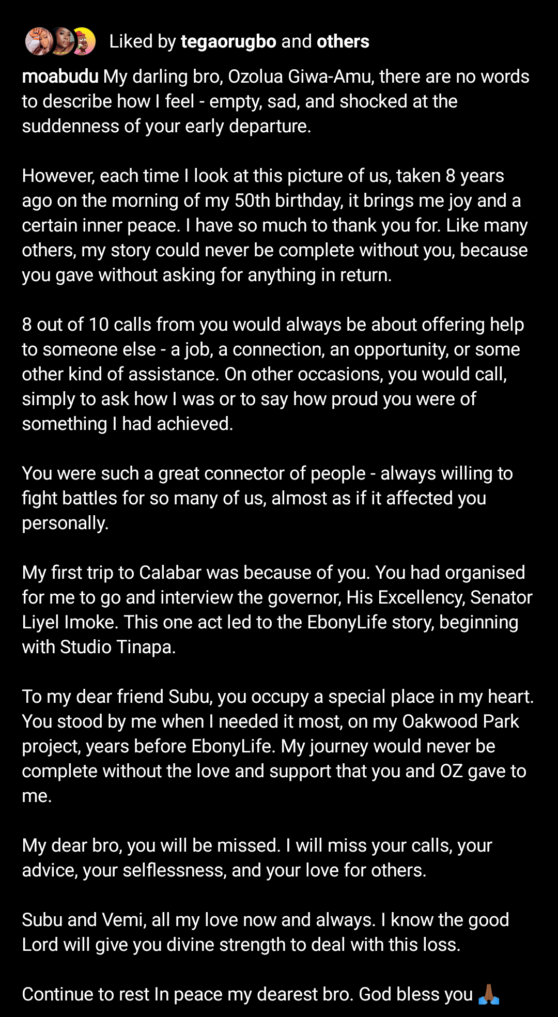 Glamsquad Magazine recalls that in 2021, Mo Abudu was named the 98th most powerful woman in the world by Forbes.

She was named among other 100 very influential and powerful women in the world by the financial magazine. She was recognised for her outstanding contribution to the media and entertainment sectors.

Her partnership deals with Sony Pictures Television, AMC Networks, and Netflix were some of the reasons she made the list. Her with Netflix marked the first time an African media company signed a multi-title film and TV agreement with the streaming giant.

READ MORE: Mo Abudu is all classy and chic as she turns age 57

Actress Ruth Kadiri celebrates her husband on his birthday