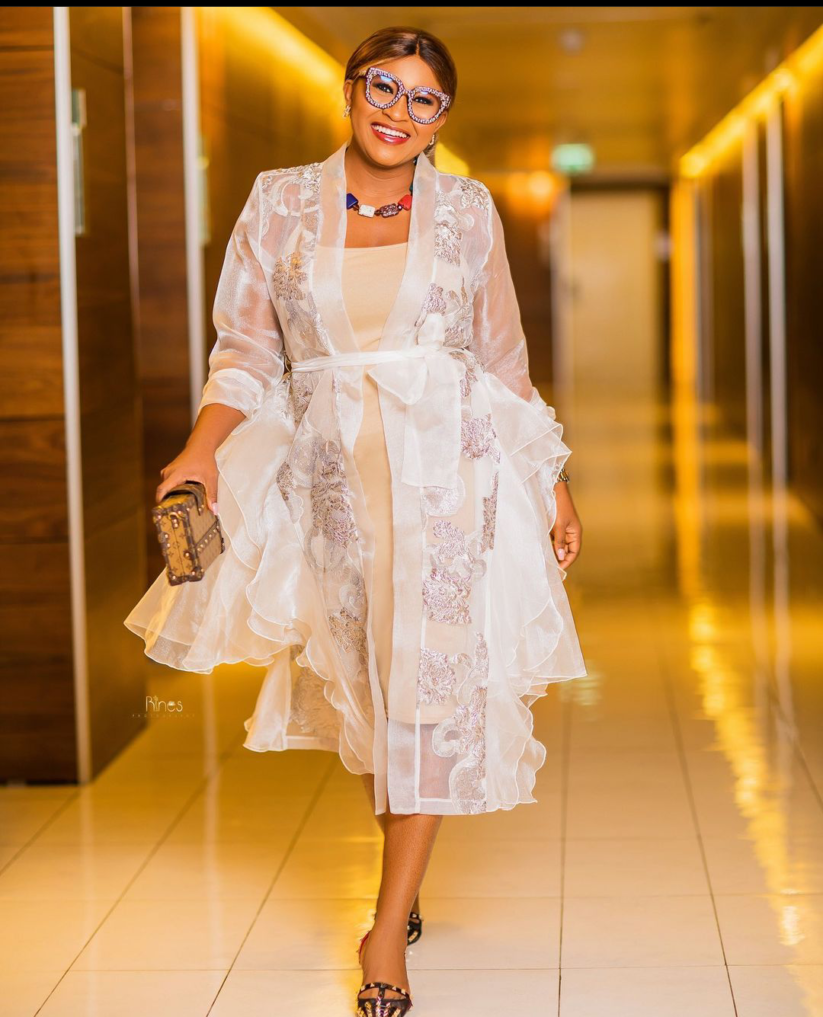 The issue of men taking care of children, not theirs has continued to trend on social media. This, as the men eventually conduct Deoxyribonucleic acid (DNA) tests on the children to know their true paternity.

Glamsquad reports that Nollywood actress and filmmaker, Mary Remmy Njoku has revealed why DNA tests should be done on not only men but on women as well.

The mother of three took to her Instagram page to reveal that strange things are happening now and noted that a man should not conclude that his wife is unfaithful because his supposed child turned out not to be his.

She further said a second DNA should be carried out on the wife to know if the child is hers as well.

“You cannot conclude that your wife is unfaithful just because you found out your child isn’t YOURS.

“Pls do another DNA test to check if the child is HERS. Strange things are happening everywhere.” 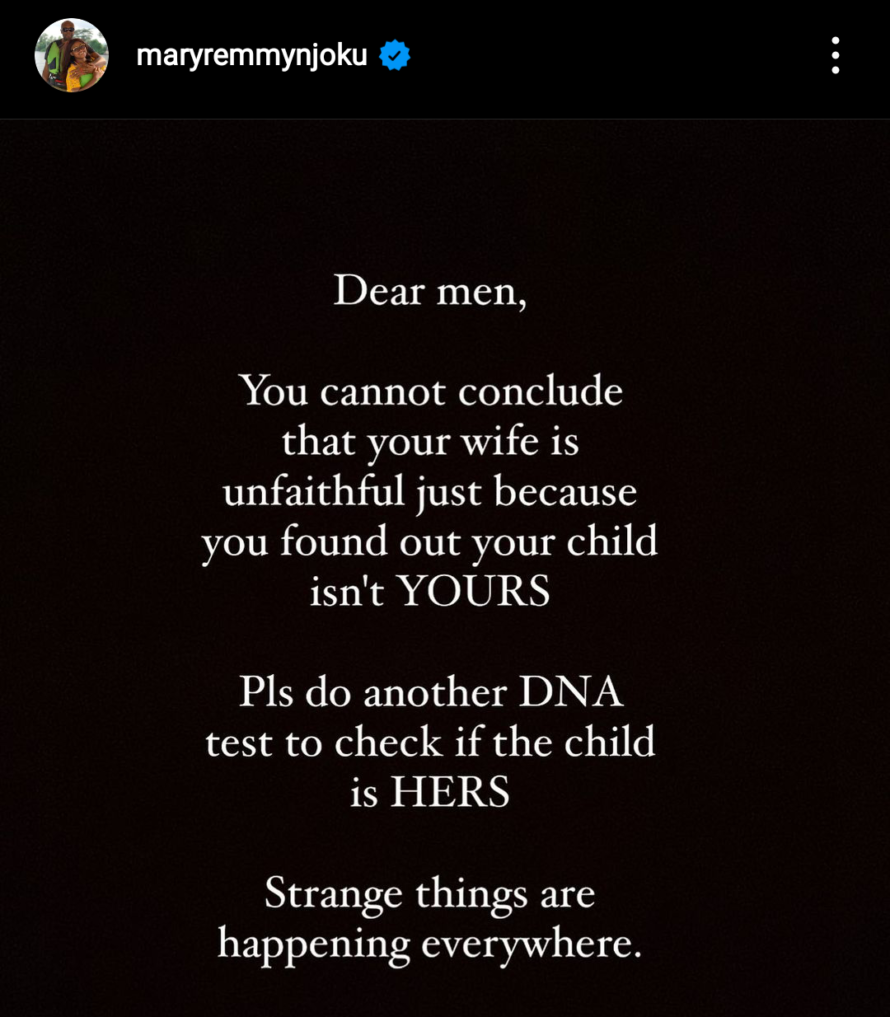 In her caption, she stresses that

“If the child is yours, he/she might not be hers too. There is that possibility.”

This comes following the viral video of a man who was heartbroken after finding out his daughter isn’t his.

Amaka further asked men to do away with emotions and do the needful. She noted that even if the child takes resemblance after them, they should still go ahead with DNA tests. Read here

My husband is a feminist, my children are future feminists – Mary Remmy Njoku boasts